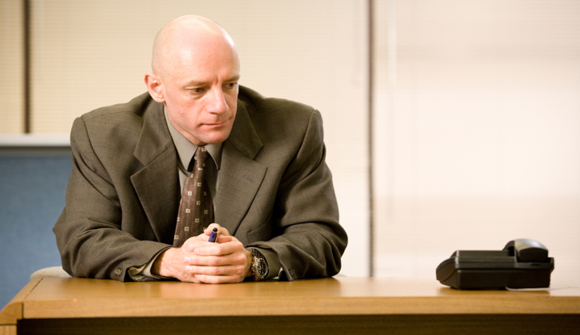 The sharp sell-off in the stock market has some of Wall Street’s top strategists recommending to clients that they buy. “With the S&P 500 down 11.7% from its all-time high (2,130 in May 2015), investors are questioning whether a bear market is in the offing,” RBC chief equity strategist Jonathan Golub said on Tuesday. “History shows that sell-offs of 20% or more rarely occur in the absence of a recession (1987 is the only occurrence in the past 50 years).” In other words, the sell-off could get worse should the US go into recession. But — and this is a big but — assuming there’s no recession, this pullback should prove temporary in an otherwise ongoing bull market. – Business Insider

Free-Market Analysis: So if the US is not headed back into a recession, this is a buying opportunity.

It’s a pretty grim one, which supposedly makes it a good one. That’s the perspective of Jonathan Golub who works for RBC. And recently the views of the RBC strategist hit the headlines for suggesting that clients sell their equity holdings across the board.

Golub may not be of that camp.

To be clear, Golub acknowledges that risks have increased out there. In fact, he was the first of his peers to cut his 2016 outlook for the market. But investing is all about price, and Golub thinks the stock market’s correction has presented investors with an attractive price.

Golub believes that economic indicators support a continued “economic expansion,” and he is not alone. Deutsche Bank’s David Bianco describes the current bloodletting as, “a profit recession centered at certain industries.”

Computational projections indicate that some equities now have an upside of close to 10 percent once the current collapse subsides, Golub believes.

Over at David Stockman’s Contra Corner, we find a distinctly different perspective. Stockman doesn’t believe Wall Street ever seriously contemplates a recession and this situation is no different. Stockman believes a recession is a foregone conclusion and he recalls 2008 to bolster his case.

As of June 2008 no Wall Street banking house was predicting a recession, yet by then the Great Recession—the worst economic downturn since the 1930s—was already six months old, as per the NBER’s subsequent official reckoning …

Wall Street never predicts a recession. And that’s basically why the stock market goes up for 5-7 years on a slow escalator, and then plunges down an elevator shaft during several quarters of violent after-the-fact retraction when an economic and profits downturn has already arrived.

Needless to say, there are plenty of economic booby traps hiding in plain sight this time, too. Yet the sell side was out over the weekend with noisy chatter about stocks now being on sale at a discount, and that selective buying of the dip is once again in order.

Mortgage Equity Withdrawals (MEWs) are a big culprit here, according to Stockman. He calls them “booby traps” and provides an example of their destructive potential as regards auto sales.

While auto sales have moved up some 6.1% or $65 billion in the past 12 months, auto loan paper is up by nearly $90 billion! This surge resembles the surge in subprime housing lending back in 2006-2007.

Stockman says that “anyone who can fog a rear view mirror” can get an auto loan today. But 100 percent debt financing of cars is no more stable than a similar approach to houses.

In short, this is just one more case of the truism that under conditions of “peak debt” new borrowings do not increase GDP on a permanent basis; they just steal sales and output from future years, thereby booby-trapping the main street economy with recession risk that the Keynesian Cool-Aid drinkers refuse to recognize.

Stockman writes about housing in the latter portion of the article, and here the statistics are not nearly so heated as in the auto sector. Housing for the most part has still not recovered in the US anyway from the 2008 declines.

On the other hand, Stockman cannot find support for the idea that housing is going to support the economy going forward and continue to provide the push out of recession. He calls such suggestions a “thin reed.”

Our own position is that the recession of 2001 some 15 years ago was never fully rationalized because central banks poured low-rate money into Western economies. This resulted in the mid-2000s boom that gave way to the Great Recession.

Janet Yellen and other central bank officials want to make the case that the expansive liquidity of the past half-decade, over US$250 trillion according to some estimates, is responsible for re-liquifying the world’s economy.

From their perspective, this is a triumph. But economic history may tell us otherwise. One awaits new statements from Ms. Yellen regarding the Fed’s recent rate hike. Current events seem to make that hike look precipitous.

In fact, the trouble with arguments regarding modern recoveries and recessions generally is that they are taking place within a paradigm of monopoly central banking.

If one grants that monopoly central banks are price fixing machines, then a good argument can be made that economies have not operated “normally” since 1913. In other words, we are constantly dealing with economies distorted by artificial expansions supported by the rocket fuel of low rates.

Accept that modern economies are bloated and distorted by money printing and further disfigured by regulatory enterprises, and the viciousness of the modern boom bust cycle becomes a good deal more comprehensible.

It strains credulity, in our view, to believe that the latest seven-year cycle of strenuous liquidity injections of incomprehensible amounts of “money” is actually sustainable for any significant amount of time.

Stockman’s perspective is unlike, say, that of John Maynard Keynes: Liquidity DOES have a cap because even the most attractive loan terms eventually run out of customers. And that’s when precipitous declines begin.

For us, looking at the current sell-off as a buying opportunity is at least fraught. We are far more inclined to suggest that people’s investment profiles ought to be adjusted to what works well within the context of an explosive bubble inversion.

Certain commodities, precious metals, farmland, aquifer rights, second homes in underdeveloped but promising regions of the world … these are the sorts of “investments” that one might rationally consider in a world awash in hundreds of trillions in uneasy, excess cash.

Conclusion: The cycle does turn at regular intervals and the distortions that afflicted Western economies in 2007-2008 seem as evident now as they were then.