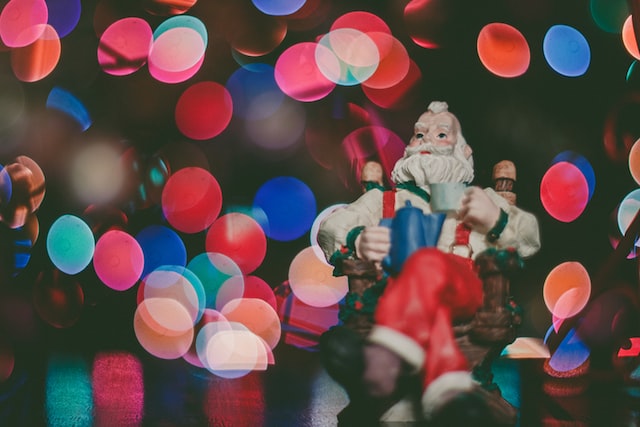 Every man, woman, child, fictional icon, historical figure, and inanimate object now must be gender-transitioned as a rite of passage, as an act of tolerance and inclusivity.

Why would Santa be off-limits? No holiday, nor its symbols, can remain unencumbered by the albatross of transgenderism hung around its neck, just to wring out any of the tradition.

A training camp in New Hampshire is currently training transgenders to be Santas. HBO is producing a propaganda film glamorizing the project.

“Santa Camp follows the journeys of three unconventional Santas in their quest to provide better representation in the red suit. Levi is one of them, who appears alongside his partner Heidi, a Dr Claus version of Mrs Claus… ‘We have no interest in being ‘professional’ Clauses for pay,’ Heidi says. ‘We only do volunteer events for LGBTQ+ youth in partnership with established community-based organisations.'”

Several Proud Boys showed up at a recent event to promote the Trans Santa for kids – like the Christmas version of Drag Queen Story Hour. They’re probably under FBI investigation for hate crimes now.

“Right now, young trans people, particularly Black and Brown trans youth, are under attack across the country and around the world. The COVID-19 pandemic has exacerbated unsafe conditions for trans youth who are houseless, in foster care, in detention, and in abusive or otherwise unsafe housing situations.

We want to show trans young people that they are loved, supported, and have a family of people around the world who care about them and want them to succeed.

Anyone can be a Santa, join us! Transness is so beautiful and we are celebrating our magic!”

Take notice that, whenever the LGBTQ+++™ movement hijacks a Western holiday and perverts its symbols to serve its own interests, everything immediately becomes all about transgenderism, all the time.

None of this has ostensibly anything to do with Christmas, except that the holiday is a convenient vehicle to ram more propaganda down the throat of the public.

Survey: one in four respondents believe Santa should be gender-neutral or female

Santa Claus is infamously a straight white male with a Christian background, which, of course, makes him a de facto bigot.

Pink News, the Pravda of transgenderism, offers the solution:

“More than 4,000 people were asked what gender Saint Nick would be if they could rebrand the mystical present-giver for modern society. 10.6 percent would opt for a female Santa, the poll results show.

And 17.15 percent would prefer a gender neutral Santa, meaning that overall, nearly 28 percent of people would ditch the traditional male version of Santa if given the choice, according to the survey by GraphicSprings.”

“A gender-neutral Santa Claus is coming to town… The virtual Father Christmas will swap his signature beard for a clean-shaven, more androgynous look.”

There’s literally no context anymore in which the groomers will not produce a drag show for children. They’ve been given carte blanche to run hog wild. A group called “He She Ze and We” did one with Santa Claus called “Pride With Santa.”

Check out the disturbing image from the event uploaded to the group’s Instagram.