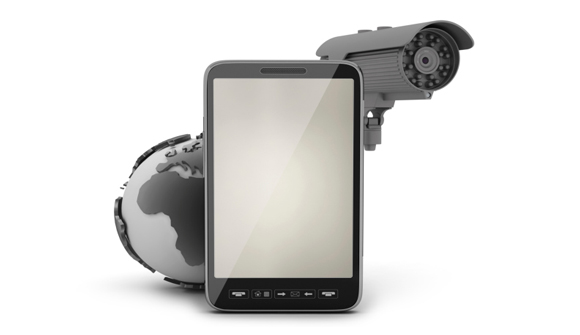 STAFF NEWS & ANALYSIS
Warning: One of These Monopolies is Going to Control You
By Joe Jarvis - November 16, 2017

Why are governments so interested in breaking up monopolies? To protect the biggest monopoly of all, the government.

The American people are skilled mental gymnasts. They can totally agree that monopolies in the private sector are bad. But monopolies on defense, law enforcement, courts, education, roads, and so on are perfectly fine, even necessary!

This comes down to the myth of the process. People have been convinced that since companies are motivated by profit, they are untrustworthy. Governments are allegedly altruistic, working in the best interests of the people. In reality, the people in government take their profits in power.

We pay businesses voluntarily and use their services if we like them. We are taxed whether we like it or not when it comes to government. Yet everyone goes crazy over alleged private monopolies, and doesn’t bat an eye at the worst coercive monopoly of all!

Democracy is the buzzword meant to convince us that governments are not truly monopolies. After all, we get to participate! We choose the leaders, and they represent us.

An opinion piece in the New York Times by Jonathan Taplin is titled, Is It Time to Break Up Google?

We are going to have to decide fairly soon whether Google, Facebook and Amazon are the kinds of natural monopolies that need to be regulated, or whether we allow the status quo to continue, pretending that unfettered monoliths don’t inflict damage on our privacy and democracy.

He assumes democracy is something worth protecting. At the same time, he ignores the damage that can occur from unfettered monoliths like government. You know, the type of government who has the arbitrary power to break up companies.

“We” are going to decide whether a business should be allowed to exist. Democracy is mob rule, so “we” can simply destroy a business by force. Nevermind that we could actually peacefully stop Google’s monopoly by not using Google!

The fact that this question is being asked seriously proves how much worse government monopolies are than economic monopolies.

Governments have such a vast monopoly on the “legitimate” use of force, that they can openly discuss whether or not they will violently destroy a business. I say violently because ultimately all their power is exercised through actual violence, or the threat of violence.

Just look at how the government used anti-trust laws to break up “monopolies” in the past.

In an attempt to follow antitrust laws, General Electric charged the same prices as its smaller competitors. GE and about 25 other electric companies were taken to court in 1961 for this “conspiracy to set prices.”

The truth was the companies competed for the lowest prices. But the government just couldn’t understand how this would lead to identical prices. It must be a conspiracy, they thought.

But regardless of their failure to set and abide by prices within the industry, now it was illegal just to attempt to set prices. Legal when the government did it, illegal when an industry did the same. Businessmen got jail time, and one killed himself on the way to prison.

Ironically, the prices and profits of the companies were lower during the times of “collusion” than during the previous period. This supports the fact that prices were set low by competition, not collusion.

(Some of this information came from Ayn Rand’s collection of articles, Capitalism: The Unkown Ideal.)

This also shows that the electrical industry was not truly a monopoly. Nor is, for example, Amazon.

Amazon and Walmart regularly compete with each other on prices. A few years ago, a $50 video game quickly fell to $13 when the companies went back and forth taking cents off their online price.

Taplin seems to miss the lesson from the very first sentence of his article.

In just 10 years, the world’s five largest companies by market capitalization have all changed, save for one: Microsoft. Exxon Mobil, General Electric, Citigroup and Shell Oil are out and Apple, Alphabet (the parent company of Google), Amazon and Facebook have taken their place.

So then what’s the big deal? In the marketplace, the top dogs are always changing. They compete with each other. And each one has an interest in taking a bit of the other’s market share. That is the case with Amazon and Walmart.

The truth is, the government wants to bust monopolies in order to protect its own. Google has more influence over what you see than the FCC. Facebook knows more about you than the NSA. Amazon would be delivering goods to your doorstep by drone if the government wasn’t stopping them.

Amazon is also introducing a program that allows deliveries inside the home. They are doing this by providing the equipment to monitor your front door from their headquarters, and unlock it remotely. Sounds creepy for sure. But the real story is what this service could become.

The police only come after a crime is committed, and they are not great at solving it. Imagine if Amazon handled your home’s personal security? They would finally be offering a viable alternative to publicly funded protection. They would be threatening the government’s monopoly by competing.

I can choose not to use Google, Facebook, and Amazon. Each has 88%, 77%, and 74% market shares respectively. Yes, that is a lot, but there are still alternatives. I’m not saying it would be easy or convenient to completely divorce yourself from these companies. But you could do it without landing in a jail cell.

They may think they are untouchable by market pressures for now, but just look who was on top of the industry in 2006: not them.

And don’t take this as a wholesale endorsement of these companies business practices. I have criticized Facebook and Zuckerberg plenty in the past. That doesn’t mean the government has the right to break up his company.

Google can be very manipulative, and is joining the fight against “fake news.” This means they will censor whatever they want, including content on Youtube. Their current 88% market share sounds pretty insurmountable. But as soon as their algorithms stop delivering what the consumer wants, someone from the other 12% will step up and fill the void.

The only problem is when these companies collude with the biggest monopoly of all–government–to protect their market share by force.

Then they can use the government’s monopoly on force to bludgeon their competition to death or get special legal advantages.

That is what Peter Thiel is doing by donating hundreds of thousands of dollars to any state Attorney Generals who open anti-trust investigations into Google. This supposed libertarian is using the government as a tool to undermine the market.

And perhaps one reason is Thiel’s own technology company called Palantir. Palantir is named after the crystal ball used by the evil Lord Sauron in Tolkien’s classic Lord of the Rings Trilogy. Through this ball, the evil ruler can see all that goes on in Middle Earth.

It is a fitting name for a company that specializes in big data analysis technology. Even more fitting is that they sell this technology to the U.S. government and law enforcement. It is the ultimate software in spying, conglomerating every piece of data available, analyzing social connections, buying habits, and travel patterns of anyone in the U.S. government’s crosshairs.

It seems Thiel is working on behalf of the biggest monopoly out there in order to destroy through force his data competitors at Google and Facebook.

Who Cares About Democracy?

Taplin thinks Google, Facebook, and Amazon are undermining democracy. Well, democracy sucks. It is mob rule. It is a false choice between the colluding Republicans and Democrats.

It is time to break up the only true monopoly in the United States, the federal government. There are 50 subsidiary states ready to compete with each other for business, rather than being cajoled into servitude by the feds.