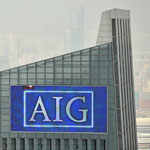 "Australian PM Kevin Rudd – "Nuke strike would make 9/11 insignificant" and other weird warnings." Over the last 72 hours there has been a strange melange of cryptic messages leaked from world political leaders about what could be in store for America over the next few months. These predictions of impending doom come from England, France, Australia and the United States. Biden told the top Democratic donors that a "generated crisis" will develop within six months and Barak Obama will need the help of community leaders to control the population as unpopular decisions are made and Americans resist. – News From Jerusalem

Free-Market Analysis: From a free-market perspective, the above remarks reaffirm what we already understand to be true about precious metals: in a bear market, with all its attendant anxieties, gold and silver often thrive.

Bear markets are inherently difficult from an emotional standpoint. And that is why we often point out that gold and silver and not just commodities. If the anxiety level rises, people don't flee into copper and zinc. They buy gold and silver. Sure, they may also flee to a strong dollar, but that dollar won't look so strong in the event of an attack on the United States.

That's the reason that knowledgeable investors understand that reserve currencies don't always make good safety nets. The world's reserve currency in a fiat money environment is bound to be that of the most dominant and powerful nation-state – and just as surely that nation-state is bound to be involved in the conflicts of the day, large or small. As the biggest and most powerful nation state, it likely can't avoid conflict or potential conflict and this ultimately renders its currency suspect.

Yes, you can debate over whether what is going on is a deleveraging or a deflation, and whether the huge injection of cash, trillions and trillions, will bring back raging inflation once the deflationary effects of the current downturn are done. But even gold and silver's most ardent opponents will grant that there are certain exceptional jolts that will send money metals higher, no matter what the economic scenario.

In the 1970s, when gold climbed over US$800 an ounce (much more than that today when adjusted for inflation) there was no war on terror. Investors knew that gold and silver were going higher because of the obvious direction of the business cycle, and today they know the same. But the trail is long and arduous because of central banks' obvious suppression of the price of precious metals. Also, the unwinding is so massive, it is apt to take 15 years instead of the 8-10 it took in the 1970s.

Knowing all this, we can still say with a modicum of certainty that gold and silver are the closest to a sure thing that the market offers right now. It will take only one terrorist incident, one bomb going off in a major American city (or any big Western city for that matter) to start gold and silver back up, and probably in a big way.

Not long after 9/11, gold spiked by about 20 percent, and then it was off to the races. The beginning of the rise is almost directly correlated with 9/11, and triggered years of steady climbing before gold finally topped out at over US$1,000.

This time, we think the rise will be faster and more violent. After 9/11, no one was quite sure, for a while, exactly what was going on or the dimensions of the problem. But today, there will be no hesitancy. Gold and silver will move.

These money metals will move regardless of current price, of momentum, of deflation, or the specter of inflation. If the experts are right, the move that will come next time will bring the markets way up. Gold could spike to US$2,000, on its way, eventually, to US$3,000, or even more.

Will gold go way up? It's not necessarily rational, but that's just the point. People ordinarily, in a fiat money environment, do not invest in gold and silver for rational reasons. People do not look at gold and silver from a price/earnings ratio, and try to determine where the metal will be in five years, given market conditions. They buy because gold and silver are safe havens. And that puts gold and silver in a category all by themselves. Just wait until a bomb goes off. In fact, you don't even need to wait. Gold and silver will likely travel higher just on the attendant anxieties, especially if world leaders keep making grim predictions.