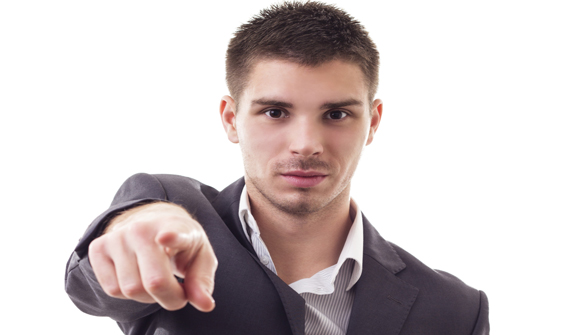 The band Bowling for Soup has a song called “High School Never Ends.”

In it, the singer complains that he thought all the terrible things about high school would end once he graduated.

The whole damned world is just as obsessed
With who’s the best dressed and who’s having sex
Who’s got the money, who gets the honeys
Who’s kinda cute and who’s just a mess
And you still don’t have the right look
And you don’t have the right friends
Nothing changes but the faces, the names and the trends
High school never ends

I couldn’t help thinking of this song as I watched four videos this week of “tattle-tales” calling the police for the dumbest reasons.

“Cornerstore Caroline” called the police to accused a nine-year-old black boy of groping her butt at a convenience store. Security cameras showed that his backpack accidentally brushed up against her.

“Golf Cart Gail” called police on a father on the sidelines of his son’s soccer game, as well as apparently the rest of the rival team’s parents.

In July, “ID Adam” called police on a woman after she refused to show her ID at a community pool, even though she had already used the necessary swipe card to open the locked gate.

And a student called campus safety officers to ask for an escort to her car because she saw Trump supporters and didn’t feel safe.

“Did somebody make threats to you?” The security officer asks.

“I mean, I don’t, I feel like my physical threat is like–my physical safety–is at, like, a threat. I’m just, I don’t feel comfortable walking over there, because I feel like they might jump me or something like that. I just, I don’t know, I just need someone to walk me to my car.”

The officer tells her that they don’t have the personnel to do that. She asks what she should do then. And he says, “I don’t know.”

The mainstream media plays up the racial elements of these instances. More likely is that this happens all the time regardless of race. But the racial videos go viral because that is the narrative being pushed right now.

In New York City, a crowded city of over 8 million, sometimes people are going to accidentally brush up against you.

But the real problem is the knee-jerk reaction to call the police over such trivial things. It’s like society has devolved to a point where no one is an adult. People can’t just work things out among themselves, or simply get over it.

They have to tell the teacher.

These people are stuck in high school. They have been indoctrinated to get the authorities on their side whenever they have a minor personal problem.

It’s really a sleazy and pathetic way to behave. It’s not like anyone in any of these situations was actually in danger. They were trying to throw the government’s weight behind tiny, unimportant disputes.

It’s like the teacher’s pet standing behind her, sticking out his tongue while she scolds you.

As the rightfully angry woman in the pool video says, this wastes officers’ time, and tax dollars.

Is this what we have police for? To be hall monitors and guidance councilors? To behave like teachers and deans, resolving issues that are not criminal, and probably not even civil legal disputes?

Public schools’ insidious influence has changed society. They indoctrinate people to behave like this.

After a century of forced public schooling, with the vast majority of society attending these government centers for twelve years, society is starting to reflect the dangerous lessons we are taught in high school.

In high school, you are encouraged to get a teacher or a guidance counselor involved in any disputes. You’re supposed to report fellow students who break the rules.

In the Bowling for Soup song, the band is referring to the culture that high school has created. And this is the same problem.

“Teen culture” is now an American export, as bad as imperialism.

It promotes cliques and factions. It encourages you to label yourself a jock, or a nerd, or an honors students, or a burnout. Then you police conformity, to make sure there aren’t any posers in your midsts… or outsiders using the pool, or having a BBQ on your turf.

This system was encouraged by grouping kids by age in schools. A majority of their interactions involved people the same maturity level.

That makes it harder to grow up… you get less exposure to friends who could bring you up to their level. Or better yet, adults who could teach you a useful trade or skill.

But you do learn how to get power in a world where all the authority comes from the top. You learn how to use the teacher’s power to get your way, to enforce your standards, to empower your clique.

Because you are forced to follow strict and arbitrary rules, it bothers you when you see someone getting away with breaking these rules. You report someone for skipping class, not because you are angry that they are missing out on a quality education, but because you are mad that you have to attend class while they are free.

Of course, teachers’ values are more aligned with certain groups of students. Honors students and student council get special treatment and protection.

Skateboarders get hassled everytime they walk down the hall. Just like the lady at the pool, they “look guilty,” according to the biases of the hall monitors and the “ID Adams.”

People like to pretend that high school trains you for the real world.

So then people think the real world is asking for permission to speak, eat lunch, and use the bathroom. People internalize that you need to prove your innocence everywhere you go with hall passes, late passes, and permission slips.

It feels normal to prod nosily into other people’s business because that’s what teachers have been doing for twelve years.

But some students like this, like the girl who is afraid of Trump supporters. She wants to give up her privacy and freedom in order to have a safe space. She wants an authoritarian state modeled after a public school, as long as it means she gets escorted to her car by government agents.

All this starts with indoctrination in public schools.

And we are left with immature whiny adults who can’t solve their own problems.