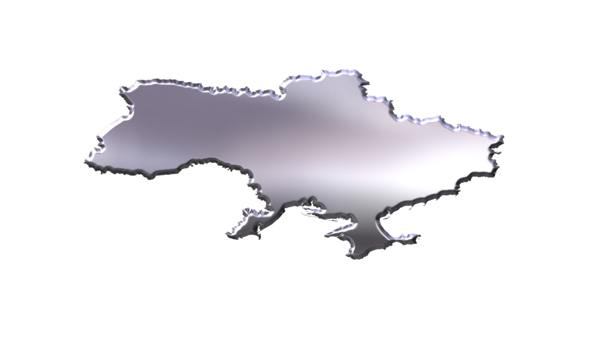 Ukraine crisis tests Obama's foreign policy focus on diplomacy over military force … For much of his time in office, President Obama has been accused by a mix of conservative hawks and liberal interventionists of overseeing a dangerous retreat from the world at a time when American influence is needed most. The once-hopeful Arab Spring has staggered into civil war and military coup. China is stepping up territorial claims in the waters off East Asia. Longtime allies in Europe and in the Persian Gulf are worried by the inconsistency of a president who came to office promising the end of the United States' post-Sept. 11 wars … Now Ukraine has emerged as a test of Obama's argument that, far from weakening American power, he has enhanced it through smarter diplomacy, stronger alliances and a realism untainted by the ideology that guided his predecessor. It will be a hard argument for him to make, analysts say. – Washington Post

Dominant Social Theme: President Vladimir Putin has marched into Ukraine and the US military-industrial complex is not providing sufficient pushback. The US is weakened from confronting the challenges of the war on terror. History hangs in the balance.

Free-Market Analysis: Is President Barack Obama weak? That's what a spate of articles has implied recently regarding Russia's apparent invasion of Crimea-Ukraine.

The uprising in West Ukraine has resulted in the ousting of Ukrainian President Viktor Yanukovych. He has fled to East Ukraine, which is a stronghold of Russian sentiment.

We are somewhat surprised that the uprising succeeded, given that the putative goal was to merge with the European Union, a goal that is from our humble viewpoint more laughable than realistic.

If one looks at what EU bureaucrats have done to Southern Europe, specifically Greece, Spain, Italy, Cyprus and Portugal, it seems incredible that Western Ukraine citizens would want to punish themselves by joining such a dysfunctional club.

Additionally, Ukraine is in bad shape financially and was depending on a huge loan from Russia to continue to function. The IMF, meanwhile, has already indicated that strict austerity is going to rule the day for an EU-centric Ukraine.

Meanwhile, it may be that Putin's swift action in the Ukraine took US officials by surprise. Over the weekend there was a good deal of grumbling about Obama's indecisiveness. One top House official said the US was playing "marbles" while the Russians were playing "chess."

This dissatisfaction is present in the undertones of this Washington Post article. The article tries to portray Obama as negotiating diplomatic difficulties without resorting to overwhelming force. The article draws a sympathetic picture of Obama as he engages in this struggle.

A president who has made clear to the American public that the "tide of war is receding" has also made clear to foreign leaders, including opportunists in Russia, that he has no appetite for a new one. What is left is a vacuum once filled, at least in part, by the possibility of American force.

"If you are effectively taking the stick option off the table, then what are you left with?" said Andrew C. Kuchins, who heads the Russia and Eurasia Program at the Center for Strategic and International Studies. "I don't think that Obama and his people really understand how others in the world are viewing his policies."

Rarely has a threat from a U.S. president been dismissed as quickly — and comprehensively — as Obama's warning Friday night to Russian President Vladi­mir Putin. The former community organizer and the former Cold Warrior share the barest of common interests, and their relationship has been defined far more by the vastly different ways they see everything from gay rights to history's legacy.

… The position Obama is in, confronting a brazenly defiant Russia and with few ways to meaningfully enforce his threat, has been years in the making. It is the product of his record in office and of the way he understands the period in which he is governing, at home and abroad. At the core of his quandary is the question that has arisen in White House debates over the Afghan withdrawal, the intervention in Libya and the conflict in Syria — how to end more than a dozen years of American war and maintain a credible military threat to protect U.S. interests.

The signal Obama has sent — popular among his domestic political base, unsettling at times to U.S. allies — has been one of deep reluctance to use the heavily burdened American military, even when doing so would meet the criteria he has laid out. He did so most notably in the aftermath of the U.S.-led intervention in Libya nearly three years ago.

But Obama's rejection of U.S. military involvement in Syria's civil war, in which 140,000 people have died since he first called on President Bashar al-Assad to step down, is the leading example of his second term. So, too, is the Pentagon budget proposal outlined this past week that would cut the size of the army to pre-2001 levels.

Inside the West Wing, there are two certainties that color any debate over intervention: that the country is exhausted by war and that the end of the longest of its post-Sept. 11 conflicts is less than a year away. Together they present a high bar for the use of military force. Ukraine has challenged administration officials — and Obama's assessment of the world — again.

… "If you want to take a symbolic step and deploy U.S. Navy ships closer to Crimea, that would, I think, make a difference in Russia's calculations," Kuchins said. "The problem with that is, are we really credible? Would we really risk a military conflict with Russia over Crimea-Ukraine? That's the fundamental question in Washington and in Brussels we need to be asking ourselves."

This Washington Post article portrays an administration that is at odds with itself. The US is exhausted after projecting force against the war on terror. Russia's latest challenge seems a bridge too far.

We are being sold the idea of the helpless giant, the wounded titan who – in defending the free world – has wearied of this enormous task. Russia is to be seen as a kind of bully within this context.

But the reality of the US's geo-military stance is much different than this. In just the past decade, US officials have engaged in overt or covert hostilities with (at least) Iraq, Afghanistan, Tunisia, Egypt, Libya, Syria, Mali, the Congo, Mali, Somalia and The Ivory Coast.

The US military and Intel incursions are not generated by public outcry. These are purely technocratic wars created and pursued by the globalists that run the US government – and are in charge in the EU, Israel and Britain as well.

This is, for better or worse, what we can call the "Anglosphere."

Seen from this context, the US is not a bloody, bowed combatant. In fact, there is no "US." There are only ruthless monetary interests determined to create one war after another for reasons that are not entirely clear yet.

US Intel has been conducting a steady campaign undermining Ukraine – or at least Western Ukraine. This has inevitably provoked a response from Russia. But to treat Putin and Russia as the aggressors is certainly questionable. As is the tone of this Washington Post article, which provides us – falsely – with a perspective that US Intel did not seek the escalating tensions now taking place.

Perhaps it is as simple as a reaction against what we call the Internet Reformation. War and economic chaos are main tools combating the increased information available to middle classes about the fear-based memes that the elites use to maintain control.

One thing is for sure. The US is not the aggrieved party. The REAL power in the US and Britain has been fomenting increased war for the past two decades – and the wars and the military tension continue to expand.

We will wait to see where it leads. Nowhere good, to be sure …