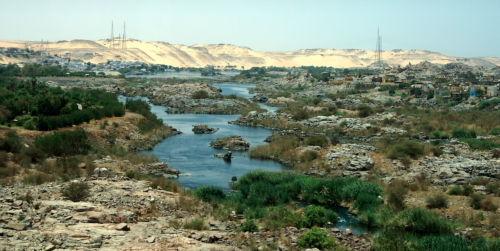 When most people think of water shortages, lack of rainfall comes to mind; desserts pop up in the imagination.

When economists contemplate such situations, supply and demand curves leap to the fore (Psst: I’m not supposed to reveal this secret, but I can hold it in no longer: when you get a Ph.D. in economics, part of the required ceremony is they give you a tattoo of this diagram on your backside; don’t tell anyone else about this!).

The shoemaker looks at the world from the perspective of footwear, the haberdasher sees clothing first, and the dismal scientist thinks in terms of supply and demand (or they recall his Ph.D).

What does this have to do with water shortages? There ain’t no such thing as a shortage of anything, water certainly included, unless a price ceiling is placed on the good in question.

Eliminate that control, and the shortage disappears. A shortage occurs, only, when the amount demanded exceeds the amount supplied. Allow the price to rise a little bit, and the shortfall decreases. Enable “the magic of the market” in Ronald Reagan’s terminology, to operate, and price rises to the equilibrium point where supply intersects demand, there can no longer be any such thing as a shortage.

There is currently a shortage of water at the mouth of the Nile, in northern Egypt, where this river feeds into the Mediterranean Sea. Don’t worry, the Nile still has plenty of water in it; it is 4,160 miles long with an average discharge 680,000 gallons per second.

But there is no great difficulty with the latter two rivers, they are both located, entirely, within one country.

The Nile, in contrast, meanders through no fewer than eleven nations: Tanzania, Uganda, Rwanda, Burundi, the Democratic Republic of the Congo, Kenya, Ethiopia, Eritrea, South Sudan, Sudan and Egypt.

What, then, is the solution to the Egyptian water crisis from an economic point of view? It is to charge a price for water use above the present level of zero. This would reduce the degree of shortage.

Even better would be to utilize the equilibrium price for this scarce good; that would end the shortage entirely. But in order for this to be done, someone has to set the rate for its use. And this, presumably, can only be done by the owner. How can this be accomplished when there are almost a dozen sovereign entities which might reasonably lay claim to at least partial ownership?

Let us argue by analogy, taking an easier case, and consider privatizing the Mississippi River. There are some good reasons for supporting this option other than being better able to address the Nile challenge. For one thing, future congestion. For another, the Army Corp of Engineers still controls this body of waters, despite the fact that its levies collapsed in the aftermath of the Katrina disaster of 2005, killing some 1900 people; were this river owned privately, it would have long since passed into other management hands.

How would privatization work? If we adopt the homesteading principle of philosopher John Locke, there would be a new corporation set up, shares of stock in it owned proportionately by those who have most intensively used the river.

For example, the owners of the boats which ply up and down it; those who own property alongside the Big Muddy, on the ground that they were the ones most likely to have long been “mixing their labor” in Lockean terms, with it. Taxpayers in states which have built bridges spanning the Mississippi might well also be given some lesser consideration.

How, then, can we apply this to the Nile? It is far too much to even contemplate private ownership in that neck of the woods; but each of the contiguous nations would own a share of a new Nile River Corporation.

A formula would have to be concocted based upon the population of each of these eleven countries, particularly those located within 10-20 miles of this river. Farmers use more of its waters than householders, but all should obtain some shares in it. There are those who have erected dams on it, again riverboats, as before. Mills churn its waters; swimmers, if there are any, should also be counted, very slightly. GDP per capita should also figure into the equation, since the more wealthy the country, the more heavy its past use.

Are the eleven nations involved likely to cooperate in such a venture? Not bloody likely. They probably cannot all agree on what time of day or day of the week it is.  All too many of them are busy fighting each other.

But, if wiser heads ever prevail, at least we can now put a plausible scenario before them, to use as a possible road map ahead.