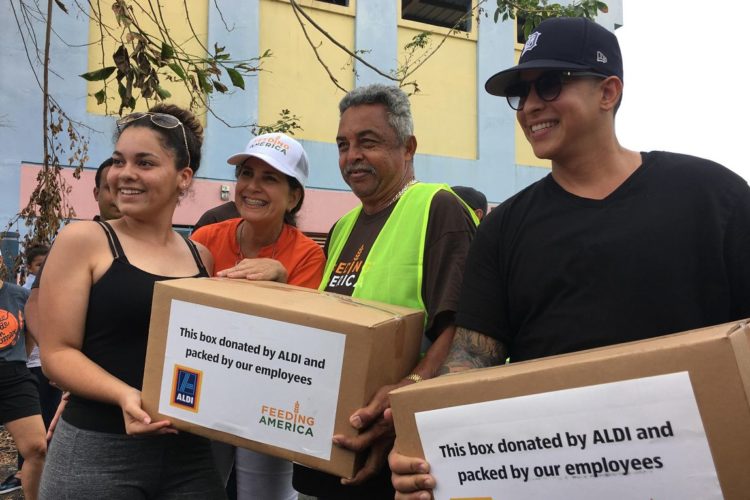 Puerto Rican authorities are blaming the White House for not properly responding to the disaster caused by Hurricane Maria. Trump, in turn, tweeted that about the poor leadership within Puerto Rico and claimed the politicians were just trying to score political points.

There have been unverified reports that officials in Puerto Rico were, in fact, holding back supplies unless there were accompanying photo opportunities.

And among all the pointing fingers and he said she said, the people of Puerto Rico are getting at least some aid.

That is because while governments fight, obstruct, and grandstand to advance their political careers, real people help.

Puerto Rican native and pop star Daddy Yankee delivered what FEMA, and the government of Puerto Rico could not. He gave $100,000 in assistance to feed the people whose homes were destroyed, who were left without power or water after the hurricane struck over a week ago.

Each family on Saturday received 59 pounds of food, not including rations of water too. The box of food included rice, pasta, tuna, beans, beef and milk. Food Bank officials say it’s enough to feed a family of four for a week.

But the pop-star didn’t stop there. While he was touring the food bank, the director mentioned how she was desperate for diesel fuel to run the generators. She had only enough to provide electricity to the building for two more hours. Without power, 25,000 pounds of food stored in the freezers of food bank would have been at risk of going to waste.

So Daddy Yankee’s entourage made some phone calls and delivered 200 gallons of fuel, enough diesel to run the generators for another week.

And yet reports run rampant of corruption of local officials, and the refusal of local police to protect people from looters and robbers.

The governments of Puerto Rico, San Juan, and the United States all proved ineffective in delivering the most basic necessities to the people affected by the disaster. And time after time we see that people who put their trust in government, people who depend on authorities as their backup plan, are let down.

In this instance, people were simply lucky that someone rich enough cared enough to do something to save them.

But the best advice is still to be prepared yourself for the most likely disasters. Do a little prepping for unfortunate circumstances which might befall you and your family. Cash, protection, and of course food and water should be on hand to last you at least a week, or significantly longer if properly rationed.