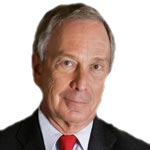 Things are still really bad out there. Where I live in Illinois, the local paper has few advertisements for jobs. And around town, there are few "help wanted" signs (I saw one at the supermarket and another at a convenience store). Unemployment is beyond 15% with many having given up looking for work at all. The reason is becoming more and more apparent as we try and recover from this very deep recession; business owners, not government bureaucrats, academics, or the president of the United States know that it is not the time to begin hiring. – The American Thinker

Free-Market Analysis: The American left has the idea that the American consumer ceases to purchase goods every now and then, and that's why economies suffer from recessions. The American right has the idea that it is regulation and fiscal policy that punctures economies. Both points of view are likely incorrect in our humble opinion and the reason for their promotion has more to do with the priorities of those who espouse them than reality.

In fact, from a free-market perspective there are really only two economic theories that count for Western democracies – unless we include the at-this-point fully discredited Marxist version. But we won't. We believe the two most vibrant economic perspectives now offered within Democratic states are Keynesian and Austrian (free market). The Keynesian brief is popular with the monetary elite and the Austrian (free-market) school has found adherents on the Internet.

British Bloomsbury group member and famous socialist economist John Maynard Keynes developed a theory of economics that held economic downturns happened because of a lack of private-sector purchasing. His solution to a lack of consumerism was to have the government provide money to consumers through public works projects and other mostly governmental measures that would put money in the individual's pocket, which would then be spent on an increasing amount of goods and services – thus vanquishing the downturn.

However, the Austrian economic theory of the 17th, 18th and 19th centuries grows out of classical and neoclassical economics and is, in our opinion, more organic for this reason than Keynes' theory, first advanced in all its complexity in the early 20th century. The Austrian theory developed the dividing line between classical and neo-classical economics – marginal utility – postulates that only the free-market can determine prices "at the margin." Additionally, the modern Austrian theory of economics focuses on human action, the idea that no population trend is infinitely extendable because individuals will take action to avoid disaster long before myriad difficulties arrive.

Finally, the Austrian school developed the idea of business cycles and elaborated on how these cycles were aggravated by central banking money printing. For Austrians, central banks did not provide private market money creation but fixed both the supply and rate of return on money via fiat – which is sometimes why central bank-printed debt-money (paper money) is referred to as fiat money.

We can see from this very brief summary of Keynesianism and Austrian free-market theory that one theory of economics (Keynesianism) is a good deal less subtle than the other. Keynesianism holds that economic downturns happen when people for some reason stop buying so many goods and services. Austrian theory holds that downturns occur when central banks have printed too much paper money causing first a boom and then a bust. The reasons for first the boom and then the bust have to do with the free-market itself, the invisible hand and how markets simply cannot be contravened by artificial money production.

Neither the Austrian nor the Keynesian economic school postulates that regulation or taxes are the proximate cause of an economic bust. In fact, the Austrian school might include high taxes and too much regulation as secondary causes, but the primary cause of the boom-bust business cycle is the central banking process.

The Western world tends to divide its electorate into a right and left wing. But free-market thinkers have argued persuasively that the current right/left paradigm does not provide a non-statist approach. In fact, both the right and left occupy versions of the same space and the other side of the argument would be non-statist, or free-market.

From the point of view of free-market thinkers, the only explanation for the boom-bust cycle is central-banking oriented, and the only solution is to do away with central banks. The idea of the right wing that booms and busts stem from taxes and over-regulation leaves the solution firmly in the hands of the state itself, which can adjust these items. This is also the reason why both the right and left remain unimpressed by a market-based gold and silver money standard, which would inevitably arise in the absence of central banking and other statist solutions.