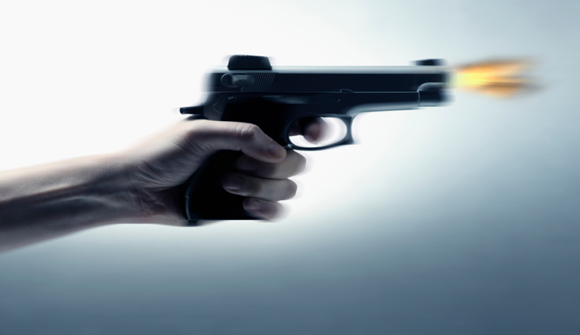 In the words of Rahm Emanuel, former Chief of Staff to Barack Obama, “never let a good crisis go to waste.”

Emanuel first said this during the 2008/2009 financial crisis… meaning that politicians can use a crisis as an opportunity to push through radical ideas that would otherwise never be accepted.

Late last month, Emanuel uttered the same words on ABC News This Week, admonishing politicians to not let this crisis go to waste either… and use it as a springboard to pass sweeping policy changes while people are too terrified to care.

And at this point in the pandemic it’s pretty clear that plenty of governments are absolutely not letting this crisis go to waste. Here’s a roundup of what’s happening around the world:

In 2016 the President of the Philippines, Rodrigo Duterte, was elected on a “tough on crime” platform.

He wanted to bring back hangings for criminals convicted of murder and rape.

After being elected, Duterte said that drug traffickers, drug dealers, and even drug users should be shot dead in the street.

Other government officials insisted Duterte was exaggerating, just using theatrics to get his point across.

But sure enough, thousands of alleged drug dealers and users have been killed since 2016. Some were killed by police, and others by vigilantes.

Now the Philippines, like most of the world, is on lockdown to try to prevent the spread of CoronaVirus.

And in Duterte’s own words, “if there is any trouble” enforcing the lockdown, or people who ignore the rules, police should “shoot them dead.”

Hong Kong’s government (which at this point is basically an extension of mainland China) is forcing some people to wear bulky GPS trackers on their wrists.

This is happening at a time when Hong Kong is experiencing its second wave of Covid outbreaks. So the government started requiring new arrivals to strap on a wristband in order to ‘geofence’ people into their quarantine areas.

Once you arrive to your destination (your hotel, apartment, etc.) you have one minute to walk around so that the GPS tracker can map out the perimeter. And if you leave the area, the authorities are immediately alerted.

Violators face up to six months in prison and fines up to USD $3,200.

This is probably going to become the standard in the West, and I’ve been told by a source in Hong Kong that the World Health Organization is trialing these bracelets for release in western countries.

Poland’s government developed a special app where users are forced to upload selfie photos to prove that they are inside and not violating the lockdown.

It’s called the “Home Quarantine” app, and it’s required for people returning to Poland from abroad who must self-quarantine for 14 days.

When the app requests a photo, users have twenty minutes to upload a selfie from inside their home, or the police come knocking.

After Russia’s Duma (parliament) voted in early March to allow Vladimir Putin to defy constitutional term limits and continue to seek re-election as President, the government has now deployed a network of 100,000 cameras with facial recognition in the streets of Moscow to track individuals who are supposed to be in quarantine.

Violations in Russia can carry severe penalties, up to seven years in prison.

Furthermore, even spreading what the government deems as ‘fake news’ about Covid-19 could result in up to five years in prison.

India’s government ordered its population to quarantine last month… and then shut down the country’s primary transportation systems.

The government suspended both domestic flights and train travel, apparently not realizing that millions of people would be stranded and unable to return home to self-quarantine.

Unsurprisingly, the Wall Street Journal reported earlier this week that supply chains in India have also started to break down, causing shortages of certain foods.

Singapore: tracking everyone else you meet

Singapore’s government is using bluetooth and GPS data from its citizens mobile phones to map who everyone comes into contact with. They at least have announced that they will publish the source code of the tracking app.

Land of the Free: Ankle bracelets on, medical privacy off

The Commonwealth of Kentucky has begun ordering house-arrest ankle bracelets for some citizens who they deem susceptible to violate curfew.

Massachusetts, Alabama, and Florida have abandoned medical privacy laws, and officials are now informing the police and paramedics which homes have a resident who tested positive for Coronavirus.

South Africa: Bride and Groom arrested at their own wedding

A wedding that took place despite a nationwide ban on public gatherings in the South African state of KwaZulu Natal was broken up by police last weekend.

All 50 guests, plus the minister performing the service, and the bride and groom, were arrested and hauled off to jail.

Understandably, I imagine many readers might think, “Well that was stupid and a little bit selfish to hold a public gathering at a time like this.”

I agree. But it’s hard to ignore the fact that basic freedoms: freedom of assembly, freedom of worship, freedom of speech, privacy, etc. have gone out the window, all over the world.

Think about it– 9/11 was nearly two decades ago and we’re still dealing with the freedom-eroding consequences of that event.

So we have to be honest with ourselves about this pandemic– the longer these freedoms are restricted, the more unlikely they’ll ever be restored.