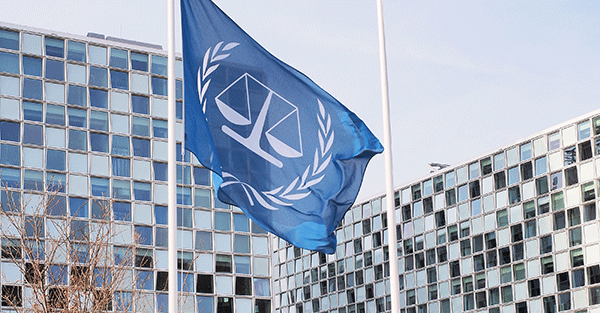 Western envoys in Uganda walk out of Museveni swearing-in 12 May 2016  … The swearing-in ceremony was the fifth since President Museveni took power in 1986 Western delegations attending the inauguration of Ugandan President Yoweri Museveni have walked out of the ceremony in protest. – BBC

The West has a positive fetish about large-scale justice. And its latest obsession is the International Criminal Court.

We’ve written about the ICC numerous times. It’s basically funded by billionaire George Soros and is supposed to provide support for a worldwide system of criminal justice.

The idea is to establish that there are certain crimes that are essentially global in nature.

Right now, the US is enforcing global law. That’s why the US is attempting to prosecute Kim Dotcom in New Zealand.

Almost any large-scale white collar enterprise can be attacked if US officials wish to do so.

But having the US leading the charge is awkward. It makes global justice seem parochial.

Much better if there is an actual court that gives the appearance of international justice.

With the advent of the Panama Papers and the West’s intention to build a transparent directory of private companies, the necessity for an international court grows more urgent.

The ICC is indeed such a court. But it has been handled so clumsily that it has lost considerable credibility with the developing countries.

For various reasons, the ICC’s initial ventures were all aimed at Africa and attempted to prosecute black leaders.

This seemed unfair to many African leaders who began to withdraw their support.

Presumably, such leaders were relieved to discover a pretext. But the reality was undeniable.

The irritation and distrust linger to this day:

US, European and Canadian diplomats left abruptly when Mr Museveni made disparaging comments about the International Criminal Court (ICC).

The US state department said they had also objected to the presence of Sudan’s Omar al-Bashir at the ceremony. Mr Bashir is wanted by the ICC on charges of genocide.

In his address, Mr Museveni described the ICC as “a bunch of useless people” and said he no longer supported it.

The article tells us that Mr Bashir, who was at the swearing in, “showed little concern over the arrest warrants issued against him.”

Various Western representatives including those from Canada, the US and the EU walked out of the ceremony to indicate objections.

The concept, for instance, is attractive enough to have captured former Prime Minister Gordon Brown’s attention.

Former Prime Minister Gordon Brown who is perhaps most famous for selling much of Britain’s gold at historical lows, attended a meeting with UN Secretary-General Ban Ki-moon and submitted a voluminous report.

Brown was there as head of something called the Global Citizenship Commission and had brought with him “political leaders and academics focused on human rights.”

The idea is that a court would acquire the power to “oversee cases requested by children” and then issue “legally binding rulings.”

Brown has been pushing an international children’s court for a while without success.

The ICC itself fairly moribund at this point. Unfortunately those who want to build an international justice system are persistent.

Conclusion: There is no outcry for facilities of these sorts but with the Panama Papers and the creation of an international “shell” registry, it seems obvious that the push for “global justice” is not subsiding.