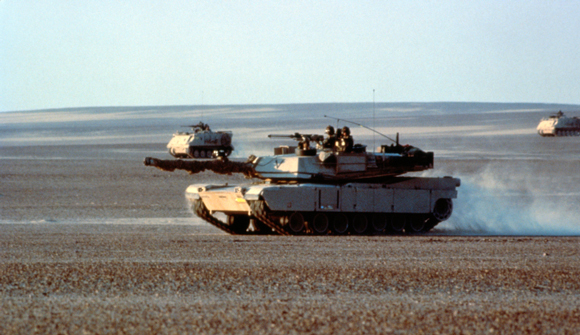 Washington and the Kyrgyz future – Securing the Pivot … In this fourth and final part, F. William Engdhal (left) explains why the stakes for Washington in the Kyrgyzstan events are of vital geopolitical importance. Central Asia is key for Washington's strategy of global dominance, hinging on the militarization of the entire region. To this end, time-tested tactics of Low Intensity Warfare are generating the pretext for NATO's permanent expansion under the guise of the 'war on terror', with opium gainfully fueling the operations. In Central Asia, as Engdhal suggests, the survival of the U.S. empire hangs in the balance. – VoltaireNet / F. William Engdahl

Dominant Social Theme: The West is always in control of its wars.

Free-Market Analysis: Please don't write to us about VoltaireNet. We understand what it is and its controversial history. We are citing an article from it only because F. William Engdahl, whom we both admire and dislike (idea-wise, not personally) has written an extraordinary series of articles about the Anglo-American axis, of which this fourth installment, published in early June is perhaps the most impressive. The work is also a kind of power-elite meme and that is the reason we are analyzing it today. First a word about Engdahl, courtesy of Wikipedia, as follows:

His first book was called "A Century of War: Anglo-American Oil Politics and the New World Order", and discusses the role of Zbigniew Brzezinski and George Ball and of the USA in the 1979 overthrow of the Shah of Iran, which was meant to manipulate oil prices and to stop Soviet expansion … Engdahl stated in 2007 that he had come to believe that petroleum is not produced from remains of prehistoric zooplankton and algae, which had settled to a sea or lake bottom in large quantities under anoxic conditions (a theory supported by the majority of western petroleum geologists and engineers). Instead he now believes in the hypothesis that petroleum is produced underground by carbon, by conditions and forces deeper down in the Earth's core.

Engdahl calls himself an "ex peak oil believer", stating that peak oil is actually a political phenomenon. Engdahl argued that the Earth is cooling, not warming. He claims that global warming, like peak oil, is merely a "scare" and an attempt "by powerful vested interests to convince the world to sacrifice that they remain in control of the events of this planet".

We first heard of Engdahl when he wrote his great book A Century of War – one we remember disagreeing with at the time because we already believed that there was plenty of oil in the world and that wars about oil were actually about something else. How gratifying it is to see that Engdahl has changed his mind.

Likewise, we politely disagree with at least some of his political analysis as regards Afghanistan and the Middle East. What do we disagree with? Let us first summarize the analysis as Engdahl and others present it. The idea is that of a "long war" designed to destabilize the Middle East and eventually Russia and even China. To do this, the Anglo-American axis is cleverly applying techniques developed over the past 100 years by the British and subsequently refined by both the British and Americans.

The idea is to create and fund an insurgency that can be confronted in a series of low-intensity battles that continue without end, gradually spreading instability and confrontation throughout a given region. This was accomplished, the hypothesis goes, in the late 20th century through CIA recruitment of Al Qaeda and the subsequent development of the Taliban.

Even before 9/11, the US (and Britain presumably) was apparently planning to attack Afghanistan and Iraq. 9/11 was the putative trigger. When the fighting began, there was a ready-made (and CIA-funded) enemy available to provide the low-intensity warfare that was necessary to generate the ongoing destabilization that the West seeks. Eventually, the entire region is to be embroiled in various ethnic and tribal battles and thus destabilized and ripe for a resetting of the culture. The resetting of the culture is created by training new paramilitary and police forces in service of a new government that has a Western perspective.

What is it that we disagree with here? We are on record as pointing out that while strategies such as the ones delineated above have been carried out by the CIA, Pentagon, etc., these elements of the Anglo-American braintrust are mechanical. The power elite operates far above these levels, in our opinion, and such mechanisms are not of the greatest import.

What is important at the highest level is not the generation of opium dollars or even the corralling of oil reserves (there being plenty of oil around the world). No, the end result of all this is meant to be the Westernization of Islam so as to extend Anglo-American hegemony to an additional 1.5 billion people.

There is another overlay to the above analysis that we have not mentioned in the past but is increasingly pertinent as an attack on Iran apparently looms. This is the idea, popular in some circles, that the West is involved in creating a new final war (a third world war) that will result in the decimation of both Israel and Persia and by extension the decimation of Eastern and Western cultures, laying the groundwork for a new world government.

As should be clear by now, we remain unconvinced that the Afghan war in particular is merely a CIA-initiated "low-intensity war." There are certainly elements of this strategy at work in Afghanistan and Pakistan, as well. But, in fact, the British fought the Pashtuns a century ago without significant success. And the Punjab identity is military as well.

While the war may have begun as part of a larger destabilization effort, the results have not been going according to plan. This is no surprise, as we do not believe they went according to plan in Vietnam, either. From the highest vantage, the war going on now in the Middle East and Afghanstian is intended to subdue once and for all those entities that remain stubbornly unintegrated into the Western system of finance and governance. There are other such areas, of course, in Africa especially, but it is the Pashtuns (and perhaps the Punjabis) who present the most difficulties.

From this perspective we can see that the war being fought today in Afghansitan (and increasingly in Pakistan) is a critical one for the West not because Afghanistan is at the center of amorphous trade routes but because Afghanistan is the epicenter of unameliorated tribal entities. Our disagreement with Engdahl and others stems from this perspective. We do not think the West merely wants to create endless, destabilizing chaos with its wars: It wants to win them as well. And right now such a victory is questionable.

To maintain that these wars – and the war in Afghanistan especially – are merely a CIA and Pentagon two-sided action is cynical. Beyond this it is chauvinistic. Is the idea then that the Pashtuns and Punjabis are mere pawns or puppets of the Anglo-American axis? No. Those fighting the West are strapping bombs to their bodies and blowing themselves up. The Taliban come and go in the night and the Pashtun elders maintain there is nothing to be done about it. The Punjabis protect the Taliban and are not likely to surrender anymore than the Pashtuns will.

These are ancient tribes. The war is in earnest. To us the meme that the "West controls all" is another promotion. No one is ever fully in charge of war – certainly not these wars in these places at these times. And these are increasingly dangerous times.