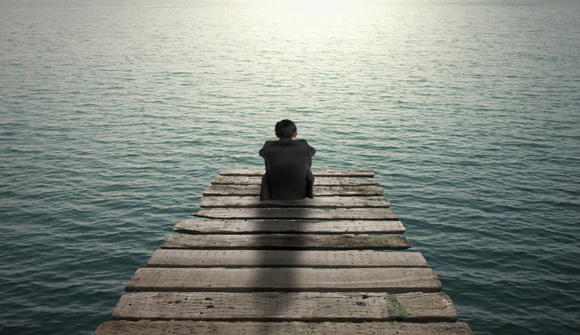 Dominant Social Theme: The EU isn't working as it should because people are lazy. Bring on the austerity!

Free-Market Analysis: Jeremy Warner, assistant editor of the UK Telegraph, has written a strong condemnation of austerity politics. Good for him.

In fact, as we can see, the article's lead actually claims the City´s sentiments are anti-ECB. That's an enormous statement to make. We'll examine it below.

There are, however, other things to consider in this article that makes it more than a one-dimensional editorial. More on that later, as well.

Where to start on this one? It is admittedly not monetary union as such that has imposed crushing austerity on struggling economies, but the politics of the euro most certainly has, and if that's not an example of dysfunctional monetary union unnecessarily deepening the malaise, I don't know what is. The politics of the euro has also prevented the more extreme versions of monetary activism practised in Britain and the US. It is surely no coincidence that the countries that have practised these policies are growing again, whereas the eurozone is not.

Don't get me wrong. I'm not arguing that there is no need for structural reform in Europe. Many eurozone countries still have their heads buried in the sand over lost competitiveness and the challenges of globalisation. They seem to regard the euro as more of a defence against unwelcome global forces than a means of responding to them. As long as that attitude holds sway, the euro can never be made to work.

But it also cannot be made to work in its present, half-baked form. Not until obligations are mutualised, through common treasury, deposit and social insurance functions, can the euro begin to operate like a normal currency. Everyone recognises that this must be the direction of travel, but there is absolutely no collective appetite for these things among euro area members.

Occasionally you get talk of some kind of "grand bargain" – that Germany might be prepared to relax its resistance to full-scale quantitative easing in return for what Richard Barwell, of Royal Bank of Scotland, calls a "Structural Compact", which like its "fiscal" counterpart would force reform on recalcitrant nations.

But though such a construct might remove one of the key objections to wider use of unconventional monetary policy – that it creates moral hazard by encouraging political inaction – there is very little evidence of this form of agreement ever emerging into the cold light of day. If it is being discussed at all, few give it much of a chance. Certainly you won't see any evidence of it emerging from this week's meeting of the European Central Bank governing council, where policy paralysis remains the order of the day.

This last paragraph is exceptionally honest and quite surprising to find in the UK Telegraph, though admittedly, the Telegraph DOES run articles that travel counter to the mainstream media.

In this case, what's been trumpeted is that austerity is necessary to bring the EU and the euro back to some semblance of economic health.

We've written articles exposing this meme almost from the very beginning of its implementation. It surely seemed odd for a libertarian-oriented website to have reservations about government austerity. But we always try to see the bigger picture when analyzing elite memes.

We base our austerity analysis on a point we've made numerous times, that there is plenty of evidence those initiating and supporting the EU realized that they needed additional internal difficulties to create a deeper and stronger EU.

Out of chaos, order, etc. … Austerity is one way to create such chaos, as people naturally rebel when stripped of their pensions and other government services they've come to depend on.

Meanwhile, there's also plenty of evidence that Eurocrats and bankers were well aware of the banking crisis being created by so much government spending. None of this, in other words, came about by accident.

The cure, however, seems long in coming. As with so many other parts of what we call the Internet Reformation, the idea of creating a fiscal crisis in order to generate a deeper political union in the current environment has proven questionable. The Germans in particular are resisting.

It is interesting, as mentioned above, that the article mentions the City holds the ECB responsible for the continuation of the economic crisis. This is certainly a more realistic perspective and it seems to hint at a much larger reconfiguration if and when EU institutions are held accountable for the current economic difficulties.

Warner even writes, "For Europe, the euro was always a step too far. Politically, it's just not ready for the degree of federalism monetary union demands. Its citizens have been made to pay a terrible price for this act of economic folly."

Of course, reading the article closely, one does not come away convinced that Warner is entirely anti-EU. He merely makes the point that the program has proven far too ambitious for what Europeans, at least Northern Europeans, are willing to accept.

Take this further, then. That the City itself is blaming the ECB is interesting because one could speculate that two kinds of actions are being considered. The first is to reduce the scope and ambitions of the EU. The second is to considerably crank up the rhetoric aimed at all aspects of EU governance.

It could be this article is hinting that there will be more not less efforts regarding EU centralization and that they will include not just the political system but the monetary one. The idea of a united Europe currently seems to be becoming undone. Those behind it are likely contemplating numerous methods to put the EU and euro back on track.

We'll continue to read between the lines to try to figure out what's coming next … You should, too. The EU is a very important part of the world economy and its policies and politics can have a considerable impact on your prosperity and portfolios.