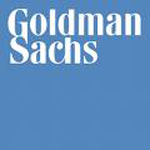 President Obama billed his White House "beer summit" to discuss the altercation between the black Harvard professor and the white policeman as a "teachable moment." But, unfortunately, I'd doubt that the real lesson to be learned ever came up over beer and pretzels. Can we appreciate that what seems to be an endless conversation about race in America is really a conversation about America, period? I wish I could believe that the conversation in the White House garden was about the Declaration of Independence and the Constitution of the United States. That they talked about "self evident" truths and that the role of government, as our founders laid out so clearly, is to protect individual freedom. Tell Congress to stop spending America into the ground! Sign the WND petition demanding lawm akers stop the bailouts, stimulus bills and march toward socialism and national destruction. Or that they discussed the struggles we've had because when America's founders signed those documents containing those great truths 20 percent of our population were black slaves. The civil rights movement was supposed to be about the proper inclusion, once and for all, of blacks in this great arrangement. The sad irony was, and is, that the movement transformed into a proponent of expanding the very arbitrary political power that we are supposed to be protecting ourselves from. And Professor Gates has been actively involved in this process. – WorldNetDaily

Dominant Social Theme: A new way of regarding a controversy.

Free-Market Analysis: Ordinarily we quote from mainstream articles to make a point about the lack of logic and internal consistency in what passes for the current conversation regarding Western freedoms. World Net Daily, primarily a well-traveled and conservative Internet site, is not exactly mainstream, but this article is difficult to pass up from an analysis point of view, especially given that its author is a noted conservative writer who happens to be black – Star Parker. Let's go to Wikipedia:

Star Parker (born 1956) is an American author. Parker is also an advocate and spokesperson for mainstream American conservative causes. She holds an undergraduate degree in marketing. Parker is an African American woman who spent her teen and early adult years as an unemployed mother on welfare. She was arrested in her teens for shoplifting and has disclosed the fact that she has had four abortions. Parker became a Christian and subsequently became a spokesperson for related political issues. She opposes the welfare system, claiming that welfare is similar to an invitation to a government plantation, which creates a situation where those who accept the invitation switch mindsets from "How do I take care of myself?" to "What do I have to do to stay on the plantation?" She claims that stable families and strong moral values are the key to ending poverty. She believes that abortion is wrong and has hurt black families. In 2007, Parker was a guest at the conservative Value Voters Summit.

Star Parker is not to be confused with Star Jones who throughout the late 1990s and early 2000s was a high-profile black celebrity and legal journalist. Both Stars have appeared on the popular TV program, the View, though Star Parker merely guest-hosted an episode while Star Jones was a regular host for several years. Star Jones, however, is in no way a conservative thinker and seems to have dropped out of sight while Star Parker continues to produce columns for World Net Daily among other publications.

This column by Star Parker is especially noteworthy because it makes the point that the irascible and brilliant black professor Henry Louis Gates – who refused to back down when confronted by a police officer in his own house – encompasses contradictions within his personal dialogue. Gates has made his reputation as someone who comments persistently on race relations in the United States but Star is not impressed.

Gates' website, the Root, seems to look favorably on government action to solve persistent racial problems. Thus, Gates is focused on group rights rather than individual rights and looks to government to create safe harbors for those group rights. Gates is one of the most successful black proponents of this world view, though not the only one by any means. A number of black intellectuals share this point of view – that blacks as a group are victims of persistent Western racism and that only certain forms of government activism can ameliorate the perspective. Star Parker is one of a very few black intellectuals who approaches these issues from a more classically liberal perspective. Here is how Star Parker puts in her recent comment on the issue:

Why is Professor Gates freaked out by the policeman standing on his porch but not by the intrusive expansion of government into his life and the lives of every other American, white or black? Why does he hate a policeman entering his living room, but he'll support government stepping inside his family, and every American family, and taxing their estate, so that parents cannot pass the wealth that they worked all their lives to accumulate freely on to their children?

Why is he not freaked out by government telling parents where they can send their child to school, government determining what that child will learn and government transmitting to young children in school politically defined values about life, family, and sexual behavior? And why is Professor Gates not appalled that politicians can huddle in Washington and arbitrarily decide whose property they will tax or take for the purposes of their own political objectives?

The purpose of the press conference where Obama was asked about the incident in Cambridge was about his answering questions regarding the massive government takeover of private American lives he is engineering with his health care proposal. A proposal where government will dictate how we get our health care, what health care we will get and put life and death in the hands of bureaucrats.

These are good points, well made from a free-market point of view. The article, in fact, encapsulates the dilemma of the black intelligentsia through an individual (personal) episode. The perspective is artful, the argument is cunning in a good sense. It reminds of us of issues we have had with counterculturism in general. Gates comes out of American counterculturalism circa the 1960s. And as we have learned more about how free-markets operate, we have tended to grow disenchanted with the movement generally.

While the movment's anti-war stance was laudatory, the emphasis on government activism to address social problems has posed ongoing difficulties from a legislative and philosophical perspective. Indeed, there is from a free-market point of view something distasteful about members of rebellious rock and roll bands who lobby in their spare time for greater government intervention into numerous social problems.

One would think the individualism of a Gates or the anarchic hedonism of rock and roll would preclude support for large state programs and more intrusive state power. All too often, unfortunately, this is not the case. The black community in the United States, especially, has not been well served by governmental programs such as welfare that have tended to break up families and keep parents and children in poverty. Now baby boomers who have placed their faith in government are gradually becoming similarly disenchanted.

Parker's point of view is that there is a contradiction between the confrontational and even rebellious rhetoric of black leaders and the solutions that they propose – which have to do with using the levers of power to ameliorate long-standing grievances. In this article she makes her case very well. One would enjoy seeing a response from Professor Gates. Somehow, we don't think this is an issue that the otherwise combative professor will seek to address.