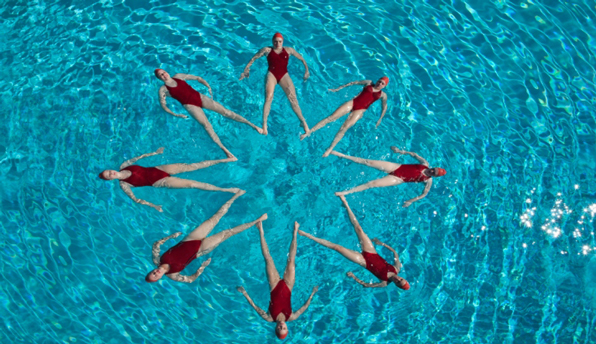 Emerging markets risk repeating eurozone blunder of synchronised tightening. Where have [we] seen this screenplay before? A string of countries tighten policy at the same time – some drastically – in order to prevent capital flight and show investors how tough they can be. Turkey, South Africa, and India all raised rates last week. Brazil and Indonesia did so before. Chile, Peru, Hungary, and others need to loosen but dare not do so. Russia is spending $2bn a week in FX reserves propping up the rouble, automatically tightening its internal credit conditions in the process. The tougher they are, the more praise they win from emerging market analysts. – UK Telegraph

Free-Market Analysis: This is an interesting article because it shows us agendas that may lurk behind the headlines. Usually the agenda is a globalist one, and in this case it may be as well.

Here is how the article ends: "It is surely time to forge an Emerging Market Bloc strong enough to withstand the effects of G2 tapering … How about a synchronised E20 rate cut until the storm blows over?"

So once more we ask, as usual, whether this is yet another crisis that will engender certain very specific results. The operative term for this is "directed history."

Here's some more from the article:

What may make sense for one economy, does not make sense for the international system as a whole. (This is a variant of our old friend from the 1930s, the beggar-the-neighbour syndrome). This is more or less the same flawed strategy that has bedevilled the Europe for the last four years.

While austerity/deflation policy might work for Ireland or Portugal in isolation, such a policy is madness when applied to the whole of southern Europe together. It creates bad feedback loops all over the place. One must never argue from the micro (national) to the macro (global).

We now have a situation where the world's two biggest economies – the US and China – are both winding down stimulus in lockstep. Call it simultaneous G2 tightening if you want. Europe is tightening passively as its balance sheets shrinks, and M3 money fizzles out.

So let us call it G3 tightening (even if the Europeans are doing it by mistake) This amounts to something of a shock to large parts of the emerging market nexus. Is it therefore proper for these EM states to further compound the shock with pro-cyclical monetary (or fiscal) tightening, and to do so on a scale that could ultimately push the global economy closer to a deflation trap.

India's central bank chief Raghuram Rajan did not spell out exactly what he meant by saying that global co-ordination had "broken down" in the face of Fed tapering. You can certainly make a case that EM states (ex-China, obviously) should tie themselves together as a single raft through this crisis.

They could combine forces, act as a bloc (temporarily), and shape global monetary policy rather than being tossed about corks bobbing on the waves.

We've already pointed out that one side effect – intentional or not – is to concentrate capital in US and European equity markets. The flattening of gold and silver markets surely contributes to this trend.

But perhaps another element in the rolling crash – if that is what it is – involves further centralization. We went looking and found several articles on the subject. Here's an excerpt from a recent Voice of Russia article:

BRICS: economic or political Union? The BRICS block is gaining stature in the international arena despite doubts about its viability. Once united by similar economic trends, the BRICS countries are now moving from an economic to a political agenda.

And regular BRICS summits as well as the meetings among the heads of states on the sidelines of major international forums, are yet more evidence of their assertiveness in international politics. And though their economic growth – seen as a driver of economic recovery in the post-2008 world – has slowed, Brazil, Russia, India, China and South Africa are as close as never before.

Georgy Toloraya, the executive director of Russia's BRICS National Research Committee, and Charles Robertson, global chief economist with Renaissance Capital shared their vies on BRICS with the Voice of Russia:

Georgy Toloraya believes: "BRICS is widely perceived as being a sort of economic union which it is not, and it's been especially clear when the BRICS economies are slowing down and in fact it is bringing them together, and the range of problems which BRICS addresses – political security and global governance issues – are high and high on the agenda.

"For example in St Petersburg they discussed many political issues – Syria and others, and I this is a tendency which will develop in the future. I think the BRICS will widen its scope of activities and address more and more issues. And I don't even exclude that the number of BRICS countries might be enlarged.

"The most likely candidate is Indonesia, which, as many experts say, will be a Muslim addition to the BRICS. At the same time Egypt last year expressed its desire to join the block transforming it into E-BRICS.

Now, it is true that this article was posted January 21st, and thus was written just prior to the latest manifestation of the "emerging markets crisis." But it would seem, according to the Telegraph article, that consolidation immediately surges to the fore as an option.

In this case, while we have been looking elsewhere, a plan for the BRICs is advancing that includes not just consolidated economic clout but also political centralization. This is similar to what is going on in the EU and in Africa as well, where various forces are said to be driving both a political and currency union.

It is always the way in this modern era. No matter the problem, the solution is further centralization – and even, in the case of the BRICs, an expansion of the core group to include other countries like Indonesia.

Always, it seems, the agenda is an international one.