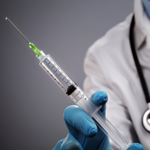 STAFF NEWS & ANALYSIS
What Everyone Should Know About the New Quarantine Regulation
By The Daily Bell Staff - March 21, 2017

Imagine men in bleach white bio suits with medical masks show up at your door. You are suspected of carrying a communicable disease. You will now be arrested and held without due process, indefinitely.

The government could do this any day.

The federal government claims the right to quarantine anyone who they suspect has or has come into contact with a communicable disease.

On January 19th of this year, a regulation was passed by the Centers for Disease Control (CDC) and Department of Health and Human Services (HHS).

The regulation is meant to allow the HHS and other departments of the federal government to stop the spread of contagious diseases, like Ebola or bird flu. But the regulation is obscure enough to be a serious threat to liberty.

Because the government does not consider quarantine an arrest, those being detained are not afforded the same rights and due process that criminals are supposed to get through the U.S. Justice system.

Apprehension and detention of persons with quarantinable communicable diseases.

(a) The Director may authorize the apprehension, medical examination, quarantine, isolation, or conditional release of any individual for the purpose of preventing the introduction, transmission, and spread of quarantinable communicable diseases, as specified by Executive Order, based upon a finding that:

(1) The individual is reasonably believed to be infected with a quarantinable communicable disease in a qualifying stage and is moving or about to move from a State into another State; or

(2) The individual is reasonably believed to be infected with a quarantinable communicable disease in a qualifying stage and constitutes a probable source of infection to other individuals who may be moving from a State into another State.

That pretty much covers everyone, in a sly little trick to make this regulation somehow apply to interstate commerce. Anyone living in America risks coming into contact with someone who might physically move into another state.

And a person must simply be “reasonably believed” to be infected or have come into contact with an infection, which again is a very low standard that could easily apply to almost anyone who has recently gone out in public. Even when they define “reasonably believed,” the CDC and HHS use obscure language so that the definition could basically fit anyone.

Reasonably believed to be infected, as applied to an individual, means specific articulable facts upon which a public health officer could reasonably draw the inference that an individual has been exposed, either directly or indirectly, to the infectious agent that causes a quarantinable communicable disease, as through contact with an infected person or an infected person’s bodily fluids, a contaminated environment, or through an intermediate host or vector, and that as a consequence of the exposure, the individual is or may be harboring in the body the infectious agent of that quarantinable communicable disease.

Indirectly being exposed to a contaminated environment could get you quarantined. That doesn’t sound like a very strict standard, nor does it sound like a well defined parameter for apprehension. Basically anyone could think up a “reasonable” suspicion that someone has been exposed to a disease that would require quarantine.

The regulation says those quarantined will be allowed representation, but what good will this representative do? The government has all the obscure “authority” they need to keep you on lock down.

The regulation also allows the government to conduct screenings “through non-invasive procedures determined appropriate” at airports, bus stations, and other public places, where people may be required to provide contact information.

And there is the obscure limit again: “determined appropriate.” It is a safe bet that the government will determine any action it takes as “appropriate”.

This means people will be compelled to answer the government’s questions and provide information against their will. Since carrying a disease is not guilt of a crime, the CDC and HHS believe that this does not violate the Fifth Amendment protections against being compelled to give testimony that may incriminate you.

As for how this doesn’t violate the Fourth Amendment against unreasonable search and seizure, the regulation sites some legal precedents for how the government can legally violate your rights.

And the same will apply after apprehension where during a forced medical exam, you may also be required to provide further health details about yourself to the authorities.

The Personnel: Who Will Enforce This?

The group capable of large scale detainment and quarantine was authorized under the Affordable Care Act (Obamacare).

A thousands strong army of medical police is ready to be activated by the government, and spring into action in case of an epidemic.

‘(1) IN GENERAL- There shall be in the Service a commissioned Regular Corps and a Ready Reserve Corps for service in time of national emergency.

Notice that officers are appointed “without regard to the civil-service laws.” These are laws designed to remove politics as a consideration when hiring in the public sector. They also establish guidelines based on merit, impartial hiring criteria, and safety from arbitrary firing and unwarranted disciplinary action.

Officers are also chosen “without regard to the Classification Act of 1923,” which established merit pay and compensation based on performance.

To be clear, the bill states these laws will be disregarded when appointing this police force. So these officers have been hired based on no known criteria, without any defined qualifications, can be denied for no particular reason, can be fired for any reason whatsoever, paid without regard to merit, and punished or rewarded independently of performance.

That section basically ensures the Ready Reserve Corps can be a politicized group that will follow orders of whoever appoints them.

Most of the provisions discussed are already well funded through the Centers for Disease Control, and Department of Health and Human Services. But another source to bolster the government quarantine capabilities is making its way through congress.

The bill, which has passed the House and is now in the Senate, wants the government to be able to deal with “surge capacity” in the event of an epidemic.

It would use certain Homeland Security grants and funds for “enhancing medical preparedness, medical surge capacity, and mass prophylaxis capabilities.”

We’ve heard about some disease every year with the potential to cause mass casualties in the event of an outbreak. It is difficult to tell sometimes how much of the hype is media driven, versus which diseases are of real concern.

But there is actual risk for an eventual epidemic. In China, a particularly deadly strain of bird flu is more prevalent this year than in the past four years.

The Spanish Flu epidemic of 1918 which killed tens of millions of people worldwide, is believed to have started in China in a similar fashion. All it takes is the right mutation of the flu virus to become deadly.

So in a sense, the government should be prepared for such an event, but that doesn’t mean they have to violate rights in order to keep the public safe.

It is important to remember that when protecting the public health, the concern is for the general population and not individuals. That is why regulations like this one open up the possibility that individuals will be severely mistreated, in the name of stopping a contagious outbreak.

If the government does implement the forced quarantine of individuals, whether the excuse is real or fabricated, individuals have cause to fear for their safety under government detainment.