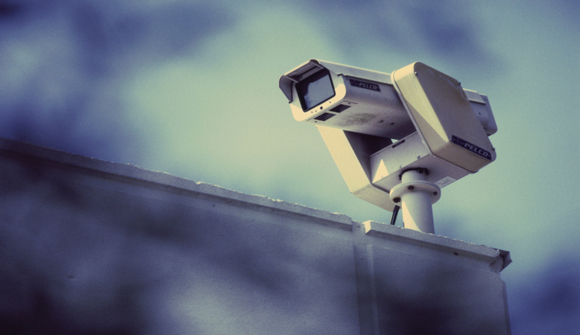 “A patriot must always be ready to defend his country against his government.” ―Edward Abbey, American author

Life in a post-9/11 America increasingly feels like an endless free fall down a rabbit hole into a terrifying, dystopian alternative reality in which the citizenry has no rights, the government is no friend to freedom, and everything we ever knew and loved about the values and principles that once made this country great has been turned on its head.

What began with the passage of the USA Patriot Act  has snowballed into the eradication of every vital safeguard against government overreach, corruption and abuse.

Since the towers fell on 9/11, the American people have been treated like enemy combatants, to be spied on, tracked, scanned, frisked, searched, subjected to all manner of intrusions, intimidated, invaded, raided, manhandled, censored, silenced, shot at, locked up, and denied due process.

I don’t like being spied on and treated as if I have no right to privacy, especially in my own home.

I don’t like being bullied by government bureaucrats, vigilantes masquerading as cops, or faceless technicians.

I don’t like being subjected to scans, searches, pat downs and other indignities by the TSA.

I don’t like being threatened, intimidated, bribed, beaten and robbed by individuals entrusted with safeguarding my rights.

I don’t like my movements being tracked, my conversations being recorded, and my transactions being catalogued.

I don’t like laws that criminalize Americans for otherwise lawful activities such as holding religious studies at home, growing vegetablesin their yard, and collecting rainwater.

I don’t like the NDAA, which allows the president and the military to arrest and detain American citizens indefinitely.

I don’t like the Patriot Act, which opened the door to all manner of government abuses and intrusions on our privacy.

I don’t like the Department of Homeland Security (DHS), which has become America’s standing armyin direct opposition to the dire warnings of those who founded our country.

I don’t like the fact that those within a 25-mile range of the border are getting a front row seat to the American police state, as Border Patrol agents are now allowed to search people’s homes, intimately probe their bodies, and rifle through their belongings, all without a warrant.

I don’t like police precincts whose primary purpose—whether through the use of asset forfeiture laws, speed traps, or red light cameras—is making a profit at the expense of those they have sworn to protect.

I don’t like Department of Defense and DHS programs that transfer surplus military hardware to local and state police. I don’t like local police dressing and acting as if they were the military while viewing me as an enemy combatant.

I don’t like government programs that reward cops for raiding homes and terrorizing homeowners.

I don’t like being treated as if I have no rights.

I don’t like answering to an imperial president who operates above the law.

I don’t like the injustice that passes for justice in the courts.

I don’t like the double standards that allow government officials to break laws with immunity, while average Americans get the book thrown at them.

I don’t like cops who shoot first and ask questions later.

I don’t like technology being used as a double-edged sword against us.

Most of all, I don’t like feeling as if there’s no hope for turning things around.

Now there are those who would suggest that if I don’t like things about this country, I should leave and go elsewhere. Certainly, there are those among my fellow citizens who are leaving for friendlier shores.

However, I’m not giving up on this country without a fight.

Our country may be in deep trouble, but all is not yet lost.

The first step begins with you.

1. Get educated. Know your rights. Take time to read the Constitution. Understand the vital issues of the day so that you can be cognizant of the threats to freedom. Stay informed about current events and legislation.

3. Get organized. Understand your strengths and weaknesses and tap into your resources. Prioritize your issues and battles. Think outside the box.

4. Be creative. Be bold and imaginative, for this is guerilla warfare—not to be fought with tanks and guns but through creative methods of dissent and resistance.

5. Use the media. Effective use of the media is essential. Attracting media coverage not only enhances and magnifies your efforts, it is also a valuable education tool. It publicizes your message to a much wider audience.

6. Start brushfires for freedom.  Engage those around you in discussions about issues of importance. Challenge them to be part of a national dialogue. There is power in numbers.

7. Take action. Be prepared to mobilize at a moment’s notice. Whether you’re 8, 28 or 88 years old, you have something unique to contribute. You don’t have to be a hero. You just have to show up and be ready to take action.

8. Be forward-looking.  Develop a vision for the future. Take the time to impart the value of freedom to younger generations, for they will be at the vanguard of these battles someday.

9. Develop fortitude. What is it that led to the successful protest movements of the past headed by people such as Martin Luther King Jr.? Resolve. King refused to be put off. And when the time came, he was willing to take to the streets for what he believed and even go to jail if necessary.

10. Be selfless and sacrificial. Freedom is not free—there is always a price to be paid and a sacrifice to be made. If any movement is to be truly successful, it must be manned by individuals who seek a greater good and do not waver from their purposes.

11. Remain optimistic and keep hope alive.  Although our rights are increasingly coming under attack, as I make clear in my book Battlefield America: The War on the American People, we can still fight back. In a country such as the United States, a citizen armed with a knowledge of the Bill of Rights and the fortitude to stand and fight can still be a force to be reckoned with, but it will mean speaking out when others are silent.