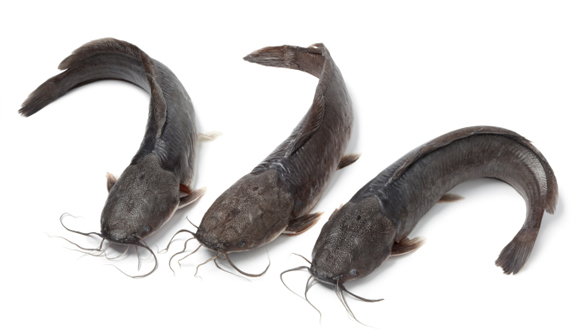 A chance to reshape the Federal Reserve … In the coming months, President Barack Obama will have the opportunity to make over the Federal Reserve Board of Governors and put his stamp on the U.S. central bank for years to come. Along with naming a new chairman, he will be able to fill as many as four seats on the seven-member board. The question is whether Obama will use his picks as an opportunity to emphasize the Fed's new role as the top regulator of Wall Street banks, or follow the more traditional path of choosing nominees steeped mostly in the central bank's role of overseeing the country's monetary policy. – Politico

Dominant Social Theme: Federal Reserve bankers have done such a good job up to now that they really need to step up their regulatory "game." Call it a Third Mandate.

Free-Market Analysis: We hardly know what to make of this. The US Federal Reserve is responsible for maintaining a healthy level of employment and also a stable money supply. It doesn't do either because it can't, and thus has now received what is basically a third vast responsibility, which is to "safeguard" the US banking network via regulations and oversight.

The Fed of late has had more and more of a role in bank supervision, but now as we can see from the Politico article, this is emerging as a kind of dominant social theme. And we think we know why, too.

It's all part of this larger meme of technocracy, which is in turn buttressed by "experts." Experts are everywhere these days and the mainstream press is constantly explaining why this or that expert was called in to provide a fix of some sort. (Obamacare doesn't work as planned, so President Barack Obama has called on "experts" to fix balky website code.)

The top elites orchestrating these memes don't really care about "experts," of course – especially as the kind of expert they have in mind doesn't exist. The meme is an especially devious one and has to do with conflating competence with forecasting ability.

What the power elite seeks and wants – and intends to establish firmly in the public mind – is the idea that an expert can indeed be forward looking. This is crucial to continued acceptance of central banking as it expands. People have got to be made to think that technocratic expertise is essentially a forecasting function. Without the ability to forecast, the entire central bank narrative falls apart.

And thus the emphasis not just on experts but on expertise generally and a constant effort to expand the professional domain of the financial expert. This is the real reason for the expansion of central banking powers in Europe, Britain and the US. Sure it raises the profile and dominance of the current crazy central banking model, but more importantly it adds additional responsibilities to the brief itself. Here's more from the article:

"There is pressure and will continue to be pressure to have a stronger, much stronger, regulatory and financial stability expertise on the Fed board," said a Senate Democratic aide who follows financial oversight issues. "I don't think you can just fill the board with pure macroeconomists and just let it loose." The issue of whether enough emphasis is being put on the Fed's regulatory role has moved from being a wonkish worry to a potent political concern.

The possible nomination of Larry Summers to be Fed chairman was scuttled by liberal senators earlier this year over worries he would not be tough enough on Wall Street. Summers withdrew his name from consideration in September, and the president nominated Fed Vice Chairwoman Janet Yellen to replace Chairman Ben Bernanke.

While the choice of Yellen has been cheered by Wall Street critics, who Obama chooses to round out the board will also be under scrutiny, and not just by reform advocates. Some bankers would also like to see more governors with experience in or overseeing the banking industry.

… The 2010 Dodd-Frank financial reform law expanded the Fed's authority to supervise financial institutions whose failure could pose a threat to the financial system. And the agency has taken the lead in developing a slew of critical reforms that are meant to tackle the problems that led to the 2008 financial crisis.

In a speech after her nomination on Oct. 9, Yellen highlighted what some have called the Fed's "third mandate" — safeguarding the financial system. "If confirmed by the Senate, I pledge to do my utmost to keep the trust and meet the great responsibilities that Congress has entrusted to the Federal Reserve — to promote maximum employment, stable prices and a strong and stable financial system," Yellen said.

So many memes! … From what we understand, Larry Summers was chased away by those who were concerned about his temperament and potential rate hawkishness. But this article would have us believe that the choice was made because Summers simply wasn't up to snuff from a regulatory standpoint. This makes no sense, of course, for surely Yellen isn't a more experienced or tougher regulator than Summers, but why let facts get in the way of a narrative?

The larger issue has to do with the Fed's competence generally. Why is the Fed being rewarded for more powers when it obviously hasn't done a good job with what it has?

The world, at least the West, is being run on a series of faux narratives – and these narratives have been growing ever more clumsy and brutal in the Internet era.

Supposedly, the Fed has gotten more power because it is seen as the best body to administer increased authority. But who exactly made this determination? Congress? The US Congress's approval rating is closing in on 10 percent. And why is government accumulating additional power to begin with?

If the past half-decade has shown Western citizens anything, it is that their governments have incompetently administered the powers they have. So why give them new ones? This is crazy-train stuff. Directed history. Manufactured narratives that have not a shred of reality.

What do people REALLY think? Every now and then evidence emerges. Here's something from a just-published USA Today article:

Survey finds distrust in government to handle emergency … A survey reveals that a majority of Americans would not turn to the government for help in case of a major catastrophe … Only 14% say a government agency would be the most help in a catastrophe.

In the aftermath of the federal shutdown and congressional fight over raising the U.S. debt ceiling, a survey finds that a majority of Americans would turn to family and friends rather than the government for help if a major catastrophe struck.

Nearly nine in 10 said it is likely the world will experience a major catastrophe, and about a third expect it will occur in "less than a year from now," according to the online survey of more than 1,100 Americans 18 and older, conducted Sept. 27-Oct. 2 by the National Geographic Channel and Kelton Research.

In case of such an emergency, 57% said they would prefer to turn to family, friends or neighbors for help. Just 14% said FEMA or another government agency would be "the most help." Eric Uslaner, a professor of government and politics at the University of Maryland-College Park, said the nation is experiencing the lowest level of public trust in government it has seen.

Dr. Uslaner sounds surprised, but we are not. In this case the survey jibes with what we DO understand. In the 21st century, the legislative process has not just diverged from public opinion; it's starting to travel in a kind of parallel universe.

Generally, Western governments are assuming more power at a rapid rate, and they are doing so even as their populations express continual and expanding skepticism over the ability of government to administer credibly what it already is responsible for.

Anyway, economically speaking, the Fed is incapable of doing anything that it has been asked. Everything central bankers do involves forecasting the direction and quantity of money, which is impossible, and then setting a price for it – which is nothing more than price fixing and thus cannot have a beneficial outcome, either.