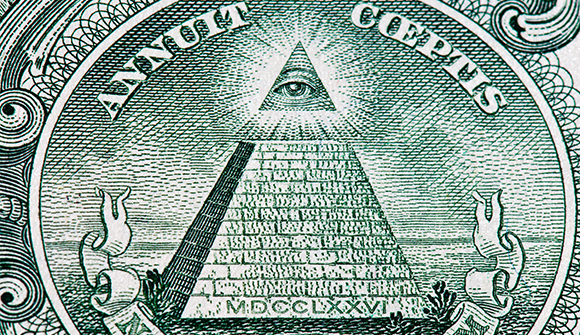 STAFF NEWS & ANALYSIS
What Kentucky’s Retirement Rush Says About The Future of State Pensions
By The Daily Bell Staff - October 31, 2017

Just because a Ponzi scheme is run by a government doesn’t mean it won’t collapse.

The situation in Kentucky serves as a dire warning about larger pension systems including Social Security.

What Kentucky is currently facing in like a bank run. When people hear that a bank is failing, they all scramble to get their money out before it goes bust. This snowballs and the bank runs out of cash that much quicker.

Kentuckians are retiring in droves, hoping to get a piece of the pension funds they were promised. Worried that the money might not be there in a few years, they are opting to start collecting now, lest they get nothing. But this is causing a run-on-the-bank effect. The pension system is collapsing that much quicker.

But the bubble bursts. Unless a population grows exponentially, this cannot work. That is why it is a Ponzi scheme. There’s always a bottom layer that holds up the rest of the pyramid.

Of course, the government of Kentucky has assured potential retirees that they don’t need to panic. The state claims that even if the legislation passes to fix the problem, government employees will have time to retire on the old plans if they choose.

But that hasn’t seemed to ease the high retirement numbers. In past months, between 24-64% more people have retired (depending on the sector) compared to 2016. And with officials floating the idea of raising the retirement age, many have a better safe than sorry attitude.

This also shows that people don’t trust the government assurances. And of course, they shouldn’t. After all, the government also told them not to worry, the pensions they promised were funded. After a history of governments at all levels reneging on their promises, it is better to take the money and run.

And it’s the same old story for how they got into the mess. Spend now, worry about funding it later. There’s never enough money for the government, have you ever noticed that? Companies balance their sheets or go bust. Governments keep chugging along despite breaking promises, overspending, and failing to plan.

PFM mostly blames the approach used to fund the systems, one used by most public pension plans across the country, which based the government’s contributions to the plans on a percentage of a growing payroll. It says that’s like a homeowner basing mortgage payments on a percentage of future income he expects, or hopes, will grow.

Translation: it was a Ponzi scheme. And that same scheme is used by most government retirement plans. The money in these accounts is reinvested. But you don’t control where they are putting the money. Turns out Kentucky made some bad decisions on placing retirement money in certain hedge funds that didn’t do so hot after the 2008 recession.

Also, in the 1990s when the pension plans were fully funded, the General Assembly approved benefit increases without funding them — including an expensive cost of living benefit increase for Kentucky Retirement System members in place between 1996 and 2012.

The bottom line is that you never want to be dependent on the government, or even a private company for your pension. The only way to truly safeguard your retirement is to take it into your own hands.

Your plan may be in part a company pension or retirement plan. But it should not stop there. It is always better to diversify savings (foreign accounts, cash, precious metals) and diversify investments (property, foreign and domestic stocks). Then you can also spend what you can afford to lose on riskier, but potentially high yielding, speculations (cryptocurrency, startups).

But you know the old saying about doing the same thing over and over and expecting different results. With their track record, it’s time to stop putting trust in government to take care of your finances.