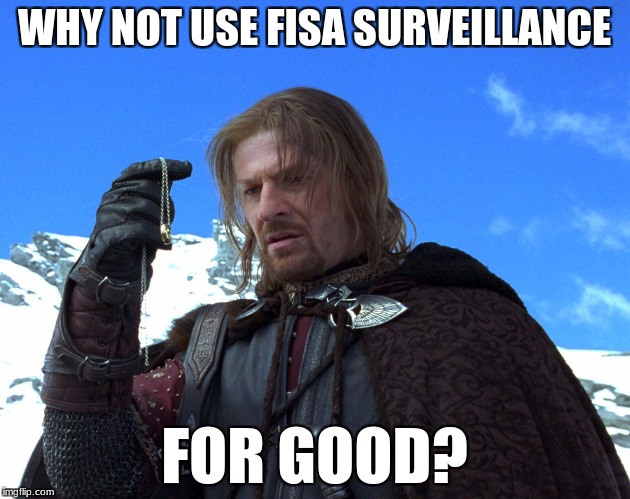 STAFF NEWS & ANALYSIS
What the FISA Memo Reveals about the FBI, DNC, GOP–and the sketchy timeline
By The Daily Bell Staff - February 03, 2018

It wasn’t the bombshell everyone hoped for. But the release of the FISA (Foreign Intelligence Surveillance Act) memo did corroborate what we already knew: the government is corrupt.

In fact, the contents of the memo should be disturbing to everyone. But Bill Binney, Thomas Drake, and Edward Snowden revealed much worse. Americans are desensitized to immense abuses of their rights.

The FBI and DOJ asked the FISC (Foreign Intelligence Surveillance Court) for permission to surveil Page, using the Steele Dossier as evidence. They did not disclose that Steele was paid by political opponents of their target to compile the information presented to the court. Based on probable cause from the information amassed by a democrat operative, the court granted their surveillance request.

So the Republicans are upset a government agency targeted a GOP ally based on information provided by political opponents. That seems like a valid complaint.

Rep. Nunes is the Chairman of the House Select Committee on Intelligence which authorized and released the memo. He voted to renew the authority of the secret court. He voted against an amendment that would have required law enforcement to get a warrant before reading Americans’ communications “inadvertently” swept up in the foreign surveillance. A bipartisan effort defeated that Fourth Amendment protection from FISA.

On January 18, 2018, Nunes released his FISA memo to the Congressional Committee.

The full title: Foreign Intelligence Surveillance Act Abuses at the Department of Justice and Federal Bureau of Investigation.

And then 24 hours later…

On January 19, 2018, President Trump signed the renewal of the Foreign Intelligence Surveillance Act into law.

Section 702 of Title VII allows the Intelligence Community, under a robust regime of oversight by all three branches of Government, to collect critical intelligence on international terrorists, weapons proliferators, and other important foreign intelligence targets located outside the United States.

This intelligence is vital to keeping the Nation safe…

The Act I have signed today preserves and extends this critically important national security tool.

Section 702 provides robust privacy protections for American citizens, and most importantly prohibits the Government from using it to target Americans and persons located in the United States.  Only foreigners located abroad may be targeted for surveillance under section 702…

I would have preferred a permanent reauthorization of Title VII to protect the safety and security of the Nation.

We should note that the FISA memo specifically states that “DOJ and FBI sought and received a probable cause order (not under title VII) authorizing electronic surveillance on Carter Page from FISC.”

That just means there are other parts of FISA that also use secretive proceedings to ignore due process.

So the GOP likes some mass surveillance that violates rights, just not when it targets one of their own.

They seem to think if we just had the right people in power then the government could work for good!

But all this shows is that power will also be abused. Secret power that much more.

But neither major party is actually fighting to strip these powers from the government. The GOP’s complaints of abuse of power ring hollow as they approve other Fourth Amendment violations authorized by the same legislation!

They are just fighting for the upper hand over their political opponents. This is not freedom versus tyranny. It is a war of factions.

That said, it is laughable that some worry the release of this memo will cause dangerous distrust in the FBI and DOJ.

The more people distrust those dangerous and secretive government agencies, the better!