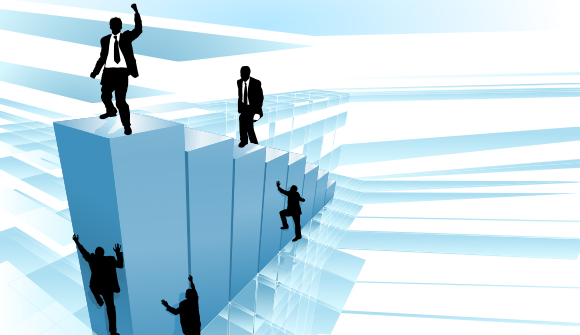 Wonkbook: Is this the laziest Congress ever? On Monday, simply by doing nothing, they allowed the interest rate on student loans to double, from 3.4 percent to 6.8 percent. That might be permissible if they were busy with more important things, like inventing a cure for cancer that's also a source of endless clean energy. But they're not even working this week. The 112th Congress passed 220 laws. That's the fewest of any Congress since we began keeping track in 1948. But the 113th Congress is on track to pass even fewer laws than that. "Just 15 bills have become law this year, compared to 23 over the same period in 2011," writes Dashiel Bennett at the Atlantic Wire. It's the do-nothingest Congress ever! – Wonkbook

Dominant Social Theme: The bureaucrats have to work harder …

Free-Market Analysis: Why does Wonkbook call for this? It is surely a dominant social theme that if US citizens want to do well, Congress has to do better.

For US society to do well, Congress ought to work hard at one thing: repeals. The main legislation to be turned back has to do with the enabling acts for the Federal Reserve and the national income tax.

That's not how Wonkbook sees it:

Looking back at my 14 reasons the 112th Congress is one of the worst congresses ever, the 113th still has a ways to go. For instance, they haven't derailed the recovery and nearly crashed the global economy, as the 112th managed to do during the debt-ceiling shenanigans of 2011. And that list doesn't even include sequestration, which the 112th created and didn't manage to avert.

The 113th Congress has inflicted a bit of damage by doing nothing — those student loans being a great example — but the 112th Congress almost blew up the world through gridlock. Another contender to the crown would be the 107th and 108th Congresses.

By contrast, the 113th Congress simply isn't doing much. Sure, they're less popular than dirt mixed with mud, but the 112th Congress was less popular than Nickelback! But thus far, the 113th has avoided shutdowns and debt-ceiling brinksmanship and they've managed to avoid leading us into any new, completely unpaid-for wars. So… hooray?

Why is Congress in the student loan business?

Why is it in the Medicare business?

Why is it contemplating immigration reform?

The activism of Leviathan is taken for granted by the mainstream media but perhaps not by so many throughout the nation, as witnessed by Congress's low approval rating.

The repugnance felt by numerous voters for the how the US sociopolitical system has evolved seems to be a reaching a kind of peak now with Edward Snowden's revelations about the construction of a surveillance state.

Our paradigm, meanwhile, has to do with the effects of what we call the Internet Reformation. These effects are not one-sided but extend throughout society. Just as government has used technology to create a more invasive state, so others are using the technology for purposes of freedom and self-knowledge.

The fundamental issue of our time is how this battle will evolve. Will those who wish to use technology to control others win out, or will technology ultimately buttress laissez faire?

This has social, economic and investment consequences and those who are not paying attention are doomed to be puzzled, the very least, by technology's evolution. The Internet is a process not an episode.