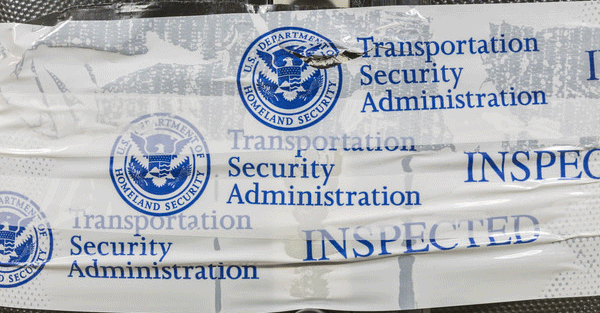 STAFF NEWS & ANALYSIS
What They’re Not Telling You About Homeland Security
By Daily Bell Staff - May 18, 2016

Here’s Why the TSA Is So Terrible … Dozens of people were stranded overnight when the long security lines caused people to miss their flights.  Nor is this an anomaly. The problem is occurring all around the country at busy airports.  – Bloomberg View

We’ve been writing about how Homeland Security is extorting passengers on behalf of the TSA PreCheck program.

You can see our articles on the subject HERE and HERE.

Our basic point is that Homeland is trying to build an extensive data-base of travelers.

Ultimately, once the base is large enough, Homeland will be able to anticipate travel patterns. It will also be in a position to grant or withhold the privilege of flying on an official basis.

For us, the money being charged to join PreCheck is a secondary concern, though many seems to believe it is a primary consideration.

In any event, one of our articles was picked up by ZeroHedge, which further contributed to information about this scam.

But recently we noticed this Bloomberg article, (see above). Once more, nothing acknowledging the Homeland Security “shake down.”

Just a kind of vacuum where there should be information.

We have the same trouble with another Bloomberg article entitled, Zuckerberg Meeting With Conservatives Strikes Sensitive Balance.

The social network, which has 1.65 billion users worldwide, is responding to an anonymously sourced report in Gizmodo last week alleging that its team of human editors leaned toward liberal sources in selecting stories for the trending news topics feature.

Legally, Zuckerberg owes the conservatives nothing, despite an inquiry from a Republican senator about Facebook’s methods. The company is within its rights to order trending topics however it wants, according to First Amendment lawyers. But as a CEO, Zuckerberg has other priorities to consider.

Zuckerberg, who has said Facebook has so far found no evidence of a political slant in its news rankings, hopes to have a “direct conversation about what Facebook stands for and how we can be sure our platform stays as open as possible,” according to a May 12 post by the 32-year-old CEO …

Already millions of words have been dedicated to this upcoming meeting. Yet none of them mention Facebook’s CIA connections.

We’ve written about them numerous times. The second investment in Facebook came from an individual closely associated with the CIA. It was a huge amount for a start-up, some $12 million.

These connections are well known. And it’s an obvious reason why Facebook would try to reduce conservative content.

Conservative commentary is often anti-government – and sometimes religious in nature as well. Government does not fare well in many articles written and published by conservatives and at conservative website.

The hard news is very simple: Fedgov has an interest in Facebook and Zuckerberg respects that interest by positioning Facebook in certain way.

This is an extremely important point. But try to find it mentioned in any one of a thousand mainstream reports.

Likewise, nothing about Homeland Security’s obvious manipulation of wait lines. It doesn’t take a good deal of brilliance to figure out that the wait-times have been extended to promote PreCheck.

Here’s more from the Bloomberg article:

This weekend, I flew to Chicago for my 15th (!!!) business school reunion … It was on the way home that the events of columnizing interest occurred: I found myself in the middle of what I thought was a confused crowd, and turned out to be the line for security. Said line was, according to reports from classmates, running at least 90 minutes.

…  This is the essential logic of bureaucracy. The TSA will suffer terribly if a terrorist slips through with a bomb — or even if the auditors make it through with a fake bomb. On the other hand, what happens to them if there are long lines? Not much. They’ve got to be there for eight hours, so why should they care if we are too?

This is why government agencies tend to be much more attuned to remote risks than the real and persistent costs they impose on the rest of us.  This is also the essential problem of American security theater.

This well-written analysis still doesn’t get to the heart of the issue.

Such under-reporting is a damning example of why people in the US don’t trust the mainstream media.

The constant avoidance of major – significant – issues is a major contributor to distrust.

We’ve read that less than ten percent of Americans “trust” the media these days. That figure is down to six percent in some surveys.

Conclusion: Any media report ought to be approached skeptically. But US mainstream reporting, with its continued avoidance of the truth, is increasingly irrelevant.