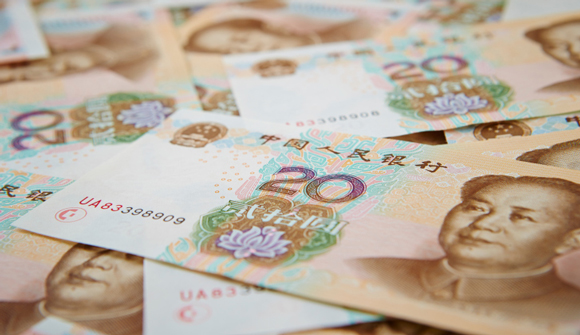 IMF approves China's yuan as reserve currency … Inclusion in elite list alongside US dollar and euro described as a milestone for world's second largest economy. With the decision, the yuan, also known as the renminbi, will join the US dollar, euro, Japanese yen and British pound next year in the list of currencies the IMF uses as an international reserve asset. – Al Jazeera

Dominant Social Theme: It's about time China and the yuan received their due. Over-time, in fact.

Free-Market Analysis: It is popular in the Western media to bemoan the fall of the West and the rise of the East. Yet what we have here is peculiar: A Western-controlled institution, the International Monetary Fund, facilitating the ascent of China as a great monetary power despite the public paranoia surrounding the advance.

It may not fit certain popular paradigms, but we are not surprised. We have always argued that at the very top of the pyramid, the political, economic and military management of great powers had more in common with each other than the larger mass of citizenry in their respective countries.

Certainly, the news has been met with many plaudits from important people on the economic scene. Christine Lagarde, IMF managing director, reportedly called the decision, "an important milestone in the integration of the Chinese economy into the global financial system."

"It is also a recognition of the progress that the Chinese authorities have made in the past years in reforming China's monetary and financial systems," she said. The decision by the IMF executive board solidifies China's ambition to see the government-controlled yuan achieve global status as one of the world's top currencies alongside the US, Europe and Japan.

China asked last year for the yuan to be added to the Fund's Special Drawing Rights list. As recently as August, the IMF considered the currency too tightly controlled to qualify. However, IMF staff experts in early November said that China had taken the steps necessary for the yuan to be called "freely usable", opening the way for Monday's decision.

Lagarde cast the decision as one that should improve economic and industrial relations between East and West. The sentiment seems to be that Chinese officials will become more internationally-minded now that the yuan has a central role on a large economic stage.

In commenting on the move, ZeroHedge provided some additional, interesting observations, leading one to believe that the yuan could appreciate considerably over time if conditions proved beneficial.

For instance, inclusion in the SDR basket "can be a catalyst for portfolio reallocation." In other words, capital could flow into yuans as a result of its new position. While managers may choose to hold more reserves in yuan, they may as a result hold less in dollars and euros.

The reduction in dollar portfolio allocations from the IMF's recognition of the yuan as a reserve currency may prove larger over time than the change in the SDR basket would suggest. Dollar allocations may face greater downward pressure simply because they are so large relative to other currencies – more than three times the size of euro holdings, for example.

ZeroHedge has some cautionary words as well, pointing out that capital has been flowing out of China and it is possible that a yuan ascent could "slam" the Chinese economy and possibly turn what is already a hard landing into a "full-blown global crash."

This may be a possibility if not a probability, but in the longer term there are more significant ramifications, in our view. The biggest one is that the world's capital allocation is shifting and the West is facilitating it.

Such a shift may not inconvenience those who are managing it, but it will certainly have an impact on those who must live with the consequences. As we have often pointed out, it was a Goldman Sachs banker who coined the term BRICS, and we don't think that was any coincidence.

Over the past decade, Brazil, India and China in particular have grown at a tremendous rate. One could argue that there is a tremendous "evening out" taking place that would make an eventual world currency (the dream of our banking elite) far easier to implement. It probably helps to have the yuan as part of the SDR basket as well.

As Europe and the US continually descend as economic and industrial powers, so the BRICS have risen. To see this "larger picture" is difficult, but we would suggest that it is no coincidence. When great powers have parity, economic integration is a good deal easier.

We do not see rivalry here as so many jingoistic pronouncements would have it. We see – behind the scenes – a common cause. More worrisomely, we have the nagging suspicion that a world of equals takes the next step toward globalization via an economic and investing catastrophe.

In other words, a leveled-out global prosperity will eventually give way to an inevitable worldwide fiscal and monetary catastrophe that paves the way for a truly international economic system. Congratulations, China, and good luck …