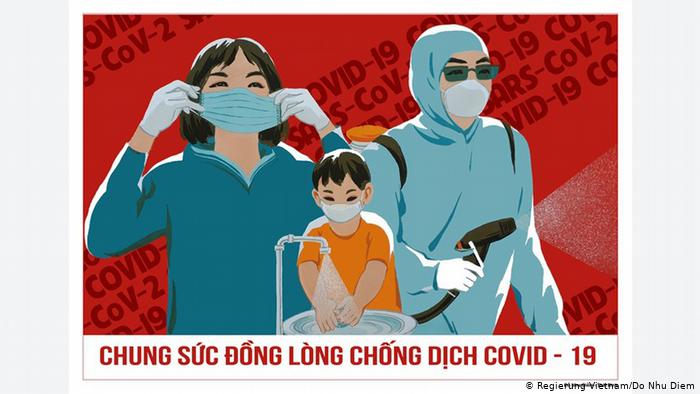 STAFF NEWS & ANALYSIS
When a ‘Democratic’ Government Spends $250 Million to Manipulate You…
By Ben Bartee - January 18, 2021

Is this authoritarian Vietnam or the United States?

For-profit pharmaceutical giants assure us they have no ulterior motives, as they try to calm legitimate concerns people have about unproven vaccine technology.

Pfizer expects to make $19 billion in pure profit off of its mRNA COVID vaccine alone in 2021. The windfall profit violates the frequent and much-parroted “no-profit pledges” that the major drug-producing firms pursuing market access made in 2020.

The vaccine-makers’ efforts to maximize profit, though, have hit a snag: a large minority of American citizens don’t trust the word of profiteers who lie about their profiteering (and anything else they need to) to further their own interests.

The 40% of the American people– who remain rightly skeptical of taking untested vaccines to supposedly prevent a virus with a 99+% survival rate– have not budged in resisting vaccination. The ruling class had hoped they would have succumbed by now.

If you are among that brave minority concerned about unconstitutional vaccine mandates, Health and Human Services (HHS) has plans to change your mind – one way or another.

Criticism of anyone who hesitates to embrace COVID vaccines with religious zeal has been steadily building since the earliest days of the pandemic.

In April of last year, Mark Suzman, the top officer at the Bill and Melinda Gates Foundation, found it “distressing that there are people spreading misinformation when we should all be looking for ways to collaborate and save lives.”

Now, with the vaccine rollout stalled as frontline healthcare workers refuse the vaccine en masse, efforts to turn the tide have intensified.

In an interview with the Daily Beast (the heart of corporate state darkness) last month, the unelected public health czar Anthony Fauci said of this unwelcome defiance:

Something, obviously, has to give.

At this point, a reasonable observer would note the need for more evidence, more time to research the long-term effects of mRNA vaccines (data which is non-existent), and more empathy in addressing the root cause of the massive distrust of the American people in the pharmaceutical machine.

None of those remedies are in effect. Instead, we are treated to more propaganda — as if the thousands of hours of gaslighting on cable news or the millions of words printed in the New York Times or USA Today attempting to shame the public into submission have produced their desired effects in the past.

The publicly-funded federal bureaucracy Health and Human Services (HHS) is in the midst of a $250 million propaganda campaign aimed squarely at the average American.

The aim of the effort is to convince you that the experimental mRNA vaccines just developed this past year at “warp-speed” by Pfizer and Moderna (the Bill Gates-affiliated pharmaceutical startup) are safe.

Try to find a single lonely artifact of journalism in a major media outlet that offers a skeptical – or even neutral or objective – take on Bill Gates’ vaccine. They don’t exist.

Such opinions are blasphemy to the church of the neoliberal corporatocracy. Anyone who expresses skepticism, likewise, is persona non grata. The “just the facts, ma’am” Walter Cronkite days of a media that treats its readers/viewers as sovereign adults are long over.

The primary role of the media in 2021 is to gaslight, obfuscate, misdirect, pacify, and otherwise manipulate its audience – all while pretending to care deeply about the welfare of the very people they are abusing.

Let not the irony slide that you are paying for your own abuse through taxation and debt. The 2020 Health and Human Services budget exceeded a trillion dollars. It grows annually with a number of spending justifications offered by HHS:

“Generally focusing resources toward proven and effective initiatives”? Do mRNA vaccines — which have zero clinical evidence of their long-term effectiveness or safety — qualify as “proven” in the judgment of HHS?

Of course, what “proven and effective” means to the bureaucrats who run HHS — and the private-sector profiteers who run them — is not the same as the terms’ connotations to normal people.

To Moderna and Pfizer, the only settled, “proven” issue related to their experimental vaccines is that they are set to generate billions in cash revenue – with the added bonus of being worshipped by CNN and Politico for their utter heroism in bringing their golden tickets to market.

Interestingly, despite the iron-clad promises of safety from the manufacturers, those same pharmaceutical firms saw the necessity of securing total immunity from legal responsibility for death or serious injury produced by their products:

“The declaration provides liability immunity to certain individuals and entities — referred to as “covered persons” — against any claim of loss caused by, arising out of, relating to, or resulting from the manufacture, testing, development, distribution, administration, and/or use of COVID-19 medical countermeasures (covered countermeasures).”

The February 4, 2020 edict – which, incidentally, was produced at lightning-speed long before even the potential side effects of future vaccines were theorized — was issued by none other than Health and Human Services, the same government entity now spending a quarter of a billion dollars to convince you that COVID-19 vaccines are safe.

Irony of ironies: HHS creates unprecedented legal protections so its clients are not responsible for the death and injury that they will surely cause, then go on to lament the lack of trust or goodwill among the public.

This is the worst of the merger of corporate and state power, and one more glaring incitement to resist the incoming administration and its corporate overlords at all costs.