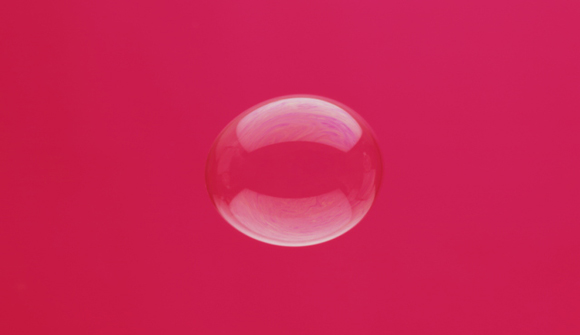 Investing: The Message of a $549,000 Watch … I have been hearing a lot about the spending habits of the 0.01 percent lately. Perhaps, a little bit too much. Don't worry, this isn't going to be a class-warfare rant or a treatise on living the simpler, less materialistic life. Rather, it is a suggestion to some folks that perhaps they might want to make some of their conspicuous consumption a little less conspicuous. For example, I learned last week that Tiffany & Co. had a secret room for the big spenders. That's because when you're dropping $20 million on a necklace that, according to Tiffany's vice president, is being bought with literally a wheelbarrow full of cash, you want some, you know, privacy … – Bloomberg

Dominant Social Theme: Things are pricey, but they've always been. It's normal and natural.

Free-Market Analysis: Another article about the lifestyles of the rich and famous provides yet more evidence of growing asset bubbles.

The biggest bubble of all is in equity markets, especially US equity markets; for those who want further proof of how central bank economies work, the current asset inflation should be Exhibit A.

A spate of articles about inflating prices on high-end goods and services, from yachts, to cars to watches (in this case, see excerpt above) is evidence enough.

Here's more from the Bloomberg article:

Or how about those folks who want to learn how to drive a $500,000 car very, very fast and they need to take a specific class? It's tough luck if you don't have a Lamborghini Aventador Roadster yet, because they are sold out. So is the new $1.4 million Ferrari LaFerrari. You can still buy a Bentley GT or a Ferrari California T — assuming you don't mind hearing the derisive snickers of the parking valets behind your back.

The condo in the peak of the Woolworth building is going for $110 million. That isn't the building, just one apartment. That's a relative bargain, compared with the Hamptons estate that just was purchased for $147 million dollars. But it wasn't a car or a diamond necklace or a house that made me realize that perhaps the ultra rich have become a bit tone deaf; it was a watch — or a "timepiece," as the brochure describes them.

In an advertisement in last week's New York Times, I saw a picture of the Greubel Forsey GF05. As the picture showed, it's a busy little number in platinum and black. A quick Google search revealed a selling price of $549,000. I half expected to see a tagline that read "For when you need to tell the time, but you just can't do it without spending the equivalent of 36 years of minimum wage salary."

… The stock-market rally of almost 200 percent since then has emboldened the biggest of the big spenders to return to their profligate ways. And who can blame them, now that the Federal Reserve's Flow of Funds has reported the total household net worth of the U.S. is now $81.8 trillion dollars.

That is a lot of expensive cars, houses and watches. We have money to burn, apparently — and we are. What does the spending with reckless abandon actually mean? Are we back to business as usual in America in the midst of the fifth year of recovery since the crisis?

The answer to this question is probably a "yes" – in the sense that central bank printing of something like US$50 trillion around the world has indeed reflated markets and economies.

We noticed signs of this a while ago and were confident enough to predict that stocks would benefit. Our perspective was that a "Wall Street Party" would continue and expand, and that's what has taken place. Various Western equity markets are surely locked in an expanding bubble.

If asset bubbles are expanding due to money printing, we should see evidence elsewhere, and that's the case. A real-estate asset bubble is expanding in London, where high-end housing prices are continuously climbing. There's one in Canada, and there's certainly one in New York.

Sure enough, we've found that too, most recently in a BusinessWeek article we analyzed early in June. The BusinessWeek article was entitled, "Ex-Bankers Upgrade the Good Life to Get a Violin-Shaped Pool," and the article was about a new startup company run by Wall Street bankers that was intended to support wealthy people's quest "to make the good life better."

We titled the article "Fed Money Pumping Brings Results: The Affluent Society Returns." Here's some of what we wrote:

Let the good times roll. Once again, monetary inflation is being confused with high-end entrepreneurialism. If there was any question about our Wall Street Party meme, this article should help dispel it. Always, these sorts of articles show up when the stock market is booming.

Usually the articles have to do with high-end cars, or the art market, or the sudden expansion in the value of, say … stamps. The idea is always the same: Someone has discovered an investment, industry or company that not long ago was considered dormant – or not even considered at all – but now may be thought of as a coming attraction, even the Next Big Thing.

Following dominant social themes provides us with the discipline to analyze trends that might otherwise be overlooked. It's simply human nature to assume that a sudden expansion of prosperity is normal and natural but, of course, as the crash of 2008 showed us – and previous crashes – it's not necessarily so.

We've reviewed the mercurial nature of modern central banking economies many times. We figure this cyclical inflation will run another year or two and people who understand how to time these things will have an opportunity to cash out aggressively.

But as always, those who believe that what is going on is in any sense a natural occurrence are going to be surprised. It's not natural at all – and the amount of money that's been printed this time around is frightening in its volume and aggressiveness.

When this upward economic trend finally collapses, we are likely headed toward an entirely new era – and unfortunately, the bias will be toward further globalism. It will be treated as inevitable, but it won't be. It's economic "directed history."

Asset bubbles are expanding. Central bankers are beginning to issue reassuring statements claiming that such bubbles are nothing to worry about. We can take advantage of them – but vigilance is its own reward.