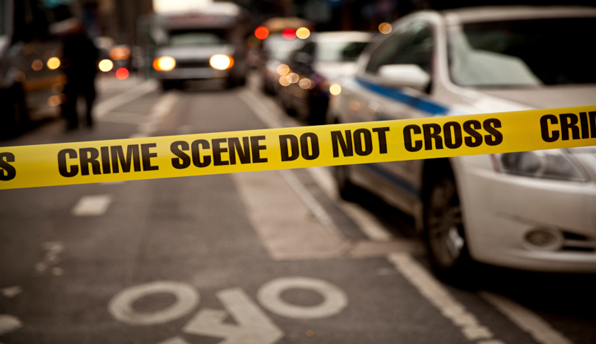 STAFF NEWS & ANALYSIS
When It Comes to Lawlessness in the US, Preparation Is the Essence of Foresight
By Staff News & Analysis - June 10, 2014

Report: IRS Sent Database Containing Confidential Taxpayer Information to FBI … The Internal Revenue Service may have been caught violating federal tax law: In October 2010, the agency sent a database on 501(c)(4) social-welfare groups containing confidential taxpayer information to the Federal Bureau of Investigation, according to documents obtained by a House panel. The information was transmitted in advance of former IRS official Lois Lerner's meeting the same month with Justice Department officials about the possibility of using campaign-finance laws to prosecute certain nonprofit groups. – National Review

Dominant Social Theme: The West is based on law and civil society is lawful.

Free-Market Analysis: The world grows more lawless. It is especially obvious in the US, where bold, public displays of lawlessness have been not been a common occurrence in the past …

These days, there seems to be a steady stream of questionable activities taking place. Obamacare is one; the breakdown of immigration law is another; various IRS abuses in aggregate encompass a third.

Here's more from the article above:

E-mails between Lerner and Richard Pilger, the director of the Justice Department's election-crimes branch, obtained through a subpoena to Attorney General Eric Holder, show Lerner asking about the format in which the FBI preferred the data to be sent.

"This revelation that the IRS sent 1.1 million pages of nonprofit tax-return data — including confidential taxpayer information — to the FBI confirms suspicions that the IRS worked with the Justice Department to facilitate the potential investigation of nonprofit groups engaged in lawful political speech," Oversight Committee chairman Darrell Issa, a California Republican, and subcommittee chairman Jim Jordan wrote in a letter to IRS commissioner John Koskinen.

The two lawmakers also raise questions about the timing of the meeting, just weeks before the 2010 midterm elections, when Republicans recaptured a majority in the House of Representatives.

Issa and Jordan have requested from the IRS all documents relating to the transmittal of the database. "This revelation likely means that the IRS — including possibly Lois Lerner — violated federal tax law by transmitting this information to the Department of Justice in 2010," they said.

This is pretty serious stuff, though certainly it's happened before. But in a way it seems more institutionalized now. And the IRS seems increasingly protected from ramifications of its own apparently illegal actions.

Another area where federal lawlessness seems on the rise involves immigration. In the past few weeks there's been much written about the "immigration crisis," especially because of hundreds, if not thousands, of children ending up incarcerated on the border between Mexico and the US.

Strange, yes? We thank The Daily Mail – a British newspaper of all things – for reporting on the underlying causes, as follows:

President Barack Obama is calling tens of thousands of illegal-immigrant children languishing in temporary U.S. holding pens an 'urgent humanitarian situation,' but Republicans are pointing the finger of blame squarely at the White House.

Obama instituted an immigration policy that the GOP says enticed tens of thousands of Central American children to cross America's southern border illegally without any parents to guide them.

More than 33,000 have been picked up in Texas alone since October. The U.S. border patrol says its forces are overwhelmed, and the courts are bracing for a flood of immigration cases from children held in temporary detention facilities designed to handle a fraction of the numbers. Sanitation problems are beginning to rear their ugly heads.

Obama rolled out a controversial Deferred Action for Childhood Arrivals (DACA) program in 2012, allowing many illegal immigrants who came to the U.S. as minors to escape deportation for two years. The White House gave them another two-year window last week.

As a result, say some GOP leaders, America's system for handling illegal immigration has been strained to the breaking point and is attracting hundreds of new illegal-immigrant children every day.

Compared to the year before Obama's policy took effect, twelve times as many kids are coming north illegally this year.

We're not against people finding better lives via immigration. In fact, we believe immigration ought to be a private business matter not an issue of pubic policy. But what strikes us strongly about the current situation is that there's likely a much larger agenda – and it's completely opaque. The real reasons are not being mentioned, let alone reported.

It is surely an internationalist agenda that is being implemented when it comes to "immigration reform." The US, Canada and Mexico are supposedly to be merged into a North American Union. These sorts of unions are increasingly popular and are perhaps laying the groundwork for even more aggressive global expansionism.

Finally, there's the erosion of civil policing in the US.

A recent article in The New York Times entitled "War Gear Flows to Police Departments" puts this issue in perspective.

… Inside the municipal garage of this small lakefront city, parked next to the hefty orange snowplow, sits an even larger truck, this one painted in desert khaki. Weighing 30 tons and built to withstand land mines, the armored combat vehicle is one of hundreds showing up across the country, in police departments big and small.

The 9-foot-tall armored truck was intended for an overseas battlefield. But as President Obama ushers in the end of what he called America's "long season of war," the former tools of combat – M-16 rifles, grenade launchers, silencers and more – are ending up in local police departments, often with little public notice.

During the Obama administration, according to Pentagon data, police departments have received tens of thousands of machine guns; nearly 200,000 ammunition magazines; thousands of pieces of camouflage and night-vision equipment; and hundreds of silencers, armored cars and aircraft.

The equipment has been added to the armories of police departments that already look and act like military units. Police SWAT teams are now deployed tens of thousands of times each year, increasingly for routine jobs.

Masked, heavily armed police officers in Louisiana raided a nightclub in 2006 as part of a liquor inspection. In Florida in 2010, officers in SWAT gear and with guns drawn carried out raids on barbershops that mostly led only to charges of "barbering without a license."

The militarization of US policing has been accompanied by an equivalent militarization of federal civilian agencies that in some cases seems absurd. In any event, policing itself seems more brutal as a result of the advanced equipment that has been received and put to use, especially for SWAT missions.

We're not fans of current, Western legal systems, and certainly not of the US's, which incarcerates more people than any other country. But civil society depends on the perception that those charged with enforcing what are generally regarded as "laws of the land" are going to put forth an effort to do so.

What's taking place right now regarding IRS abuses, manipulations aimed at aggravating "immigration" and apparent escalations of police violence seem more and more to be part of a "new normal." It is one that is signaling to US citizens that the institutions they counted on are not to be trusted anymore.

For those who understand what's going on – no matter the reason – preparation is surely the essence of foresight.