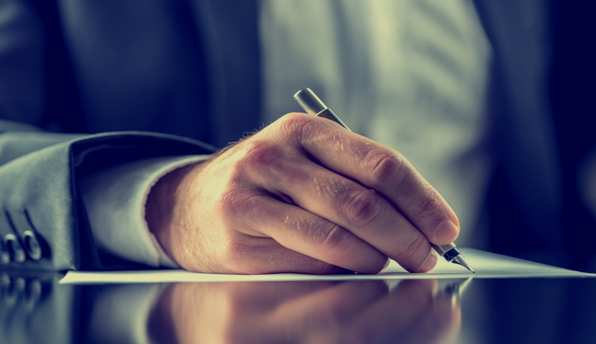 When credit is too much of a good thing … What does credit do after it has finished the job it was designed for? The supply of credit ought to stop at funding productive activity. But the reality is different. Surplus credit fuels dangerous asset price inflation and funds profligate governments. – Reuters

Dominant Social Theme: A new kind of credit danger! And a new solution!

This kind of credit is apparently utilized by the borrower even when the results are not useful to society.

Of course, the problem here is defining what IS useful to society. And more than that, one then needs protocols to address the problem.

As leverage increases, so too does the risk of crisis and recession. Credit, otherwise known as debt or loans, is not necessarily monstrous. It can be a most helpful economic beast of burden, carrying resources to the places where they can be best used.

… However, credit too easily goes astray and there is no natural force to rein it in. Without firm regulatory guidance, credit seems to expand indefinitely, until the financial system explodes. That has been the pattern since the end of the Second World War.

… Economies typically become more credit-intensive as they become richer. But excessive credit growth is dangerous … Schularick, Taylor and Òscar Jordà point out a consistent pattern in developed economies: a "stronger increase in financial leverage … in the prior boom tends to correlate with a deeper subsequent downturn."

Little of the new credit created in the last few decades has served the overall economy. Schularick and Paul Wachtel recently ran the numbers for the United States. They show that the business sector has not borrowed from the rest of the economy since 1960.

The pattern is similar in other developed countries. In other words, business profits were high enough to fund all desired investments. Instead of funding growth, the proceeds of new private debt were mostly used to buy existing property, commodities, collectibles and financial assets. That pushed up asset prices but did not add much economic value.

… Central bankers and politicians do not seem to have registered the risk of too much credit. Yes, central bankers are talking more about macroprudential regulation, and governments continue to promise balanced budgets or even surpluses whenever economic conditions allow.

However, there is almost no hard analysis of the mix of productive and unproductive debt, and no sign of any effort to change attitudes or practices. The key change needed is psychological: the recognition that the value of an asset should only increase when the asset produces more of value to society. If that principle was accepted, the practical moves to stop unproductive lending would come almost naturally. Regulation would play a big role.

The tax system could help. The old idea of a punitive tax on unearned capital gains on land should be revived. Speculation becomes less attractive if the government takes virtually all of the gains.

It is true that if credit expansion is left unchecked, the financial system eventually explodes, as it did most recently in 2008. But this is the first and last point made in the article that we can agree with.

This article stands almost every classical liberal idea about monetary policy on its head. Most seriously, it is dishonest, because like John Maynard Keynes's General Theory it leaves out causation.

Keynes's General Theory begins after a monetary depression and his only explanation for it is that "animal spirits" have lagged. Then his General Theory takes off, citing ways that the government itself can "prime the pump" in order to stimulate demand.

You could, for instance, dig a hole and fill it back up. Anything that gets a person paid and circulates more currency in the economy is beneficial, from Keynes's perspective.

Ideally, one would want to do away with monopoly central banking, because that by itself would remove much of the excess credit that the article finds worrisome. Rates would conform to market demand not central banking perceptions of where rates ought to stand.

Instead, the article proposes regulatory, fiscal and monetary actions. An additional solution is psychological, we learn. "The value of an asset should only increase when the asset produces more of value to society."

Regulation would play a big role, we are told – presumably to define unproductive credit and to eliminate it. And then "the tax system could help." How? By punishing people who are, say … land speculators. "The old idea of a punitive tax on unearned capital gains on land should be revived. Speculation becomes less attractive if the government takes virtually all of the gains."

One would expect an article this strange to conclude with further incomprehensible observations and it does not disappoint: "If there really is unused capacity in the economy, it can be put to work just as effectively by the government printing money instead of borrowing it."

Never mind that the printing of money is inextricably linked to debt creation! And never mind that printing money usually causes inflationary distortions that can lead to the kinds of crashes that this article is supposedly trying to ameliorate.

How long can major news outlets continue to publish such things without losing whatever credibility they have left?