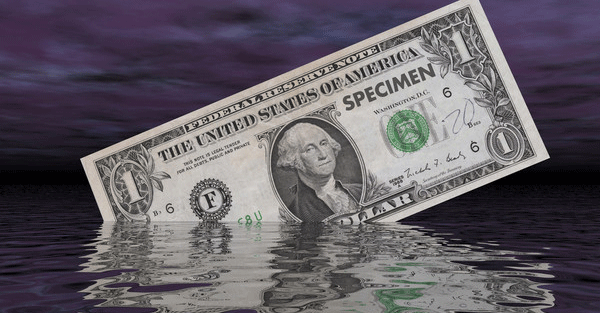 STAFF NEWS & ANALYSIS
When They Start Praising the Fed, You Know We’re Headed for Disaster
By Daily Bell Staff - May 26, 2016

The Fed’s Amazing Self-Fulfilling Forecast … The Federal Reserve’s track record of economic forecasting is a lot better than many observers recognize. It might also offer some insight into the central bank’s approach to managing the recovery.  -Bloomberg

This Bloomberg article makes the point that the Federal Reserve is competent.

Worrisomely, such articles tend to appear at the top of the business cycle. For proponents of central banking any gradually, sustained upturn is an excuse to celebrate central bank supervision.

This sort of propaganda is endlessly present at Bloomberg. Let the last cyclical economic disaster finally begin to fade from memory and Bloomberg columnists proclaim Fed competence once again.

In fact, we would have a hard time recalling when the Bloomberg editorial section criticized the central bank paradigm itself.  They are much more apt to either minimize Fed power (so as to make the facility more palatable) or in some sense endorse it.

This article argues that starting in 2011, the Fed brought policies in line with action and its handling of the economy became far more competent.

From 2011 through 2015, the Fed managed the economy with two complementary goals: Get the unemployment rate down to 5 percent (from near 10 percent) and keep inflation in a range between 1 percent and 2 percent.

It adjusted monetary policy in response to shocks in order to achieve these complementary goals. In other words, the forecast for unemployment and inflation was accurate because the Fed made it so.

This raises another question: Could the Fed have achieved better growth and gotten interest rates back up to normal more quickly if it had aimed for a sharper decline in the unemployment rate and allowed inflation to run above target?

The basic thrust of these observations is that Fed officials finally figured out the right approach to the economy after fumbling around.

What would that right approach be? Presumably aggressive easing using such unusual methods as “quantitative easing.”

The article also provocatively if the Fed might have run the monetary engines even harder to  create more jobs. Answer: This question will be studied for years to come.

No, it probably won’t. Once the next crash comes, probably sooner rather than later, Fed “management” will be revealed for the disaster it is. Short term arguments for Fed competence always come unstuck.

These are cyclical arguments in fact.

They usually occur toward the top of whatever bubble the Fed is currently engaged in blowing.

We remember articles during the Greenspan era proclaiming that the Fed had basically abolished the business cycle. Then 2001 happened.

Ben Bernanke was very confident about the Fed’s economic management right up until the 2007-2008 unraveling.

And now, again, we begin to see articles promoting the Fed’s management skills regarding a particularly stubborn business cycle.

Regional cycles are far preferable to national cycles because during a regional downturn, people can go elsewhere. Once the cycle is nationalized, people’s employment options are considerably lessened.

As central banking becomes more internationalized – as the Bank for International Settlements increasingly coordinates monetary policy – what was once local becomes global.

The disasters associated with a truly international central banking regime are evident and obvious. The downturns will be all encompassing.

There literally will be no place to go to avoid an economic collapse.

Speculating about how central banking success only encourages this homogenization by giving people the false impression that monetary management of an economy is viable.

It is not. The successes that are identified are inevitably ephemeral. Always we see articles of this sort, celebrating central bank management at a time when money printing has finally managed to generate asset bubbles.

These asset bubbles are mistaken for a “recovery.” But there are never any “recoveries” in a modern, central bank environment, only asset expansions propelled by misaligned interest rates and monetary debasement.

Conclusion: When we read articles like this one, we become painfully aware that we are probably approaching the top of the economic cycle. When it once again turns down, as it certainly will, these articles become signposts on the path to disaster.