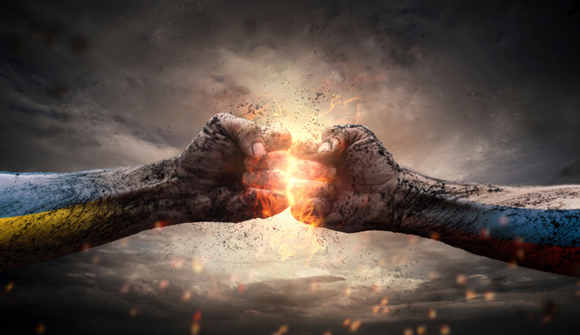 STAFF NEWS & ANALYSIS
When War is the Only Option
By Philippe Gastonne - July 06, 2015

In recent years, the United States has killed untold multitudes in wars and counterterrorist drone warfare in West Asia and North Africa. Our campaigns have spilled the blood, broken the bodies, and taken or blighted the lives of many in our armed forces, while weakening our economy by diverting necessary investment from it.

These demonstrations of American power and determination have inflicted vast amounts of pain and suffering on foreign peoples. They have not bent our opponents to our will. Far from yielding greater security for us or our allies, our interventions—whether on the ground or from the air—have multiplied our enemies, intensified their hatred for us, and escalated the threat to both our homeland and our citizens and friends abroad.

It is a measure of the extent to which we now see the world through military eyes that the response of much of America's political elite to the repeated failure of the use of force to yield desired results has been to assert that we would have succeeded if only we had been more gung ho, and to argue for the use of even greater force. But what we have been doing with our armed forces has not halted dynamic change in the global and regional distribution of economic, military, and political power. There is no reason to believe that greater belligerence could yield a better result.

Most Americans sense this and are skeptical both about the neoconservative agendas the military-industrial-congressional complex seeks to impose on our nation and the wisdom of staking our future on the preservation of a rapidly crumbling post-Cold War status quo. – American Conservative, June 16, 2015

The world might not need diplomats if it had no nation-states. Since we do, they serve the valuable function of lubricating relations between governments. They nevertheless represent governments, not citizens.

Our excerpt today is from Chas Freeman, a retired U.S. diplomat who believes the government is terribly misusing this basic foreign policy tool. He thinks the political elite resort too quickly to military force. When it fails, the only solution they will accept is even more force.

Mr. Freeman is certainly correct on that point.

He seems to think the neoconservatives are simply bullheaded and ignorant. This is where he goes wrong.

The "powers that be" regard constantly escalating force as a feature, not a bug. Military force costs money, and the money flows to the military-industrial complex whose revenue correlates directly with the amount of force deployed.

Worse, it means more money for the little-known private companies that serve the Pentagon. I mentioned recently that private equity firm Kohlberg Kravis Roberts had sent General David Petraeus to this year's Bilderberg conference. KKR did not hire Petraeus for his brainpower. His job is to vacuum as many tax dollars as he can into KKR's moneybag. That is the only reason they hired him.

More war means more money for people like Petraeus to vacuum. That, I submit, is why the U.S. no longer practices traditional diplomacy.

The small group that benefits from war will always outweigh the much larger but more diffuse population that sincerely wants peace. Diplomacy has no chance. War is the only option.