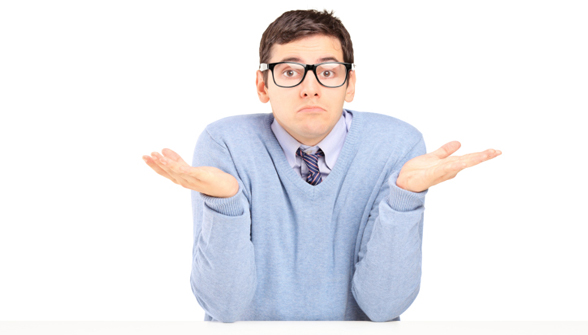 Debt Ceiling: China Calls for World to Be 'De-Americanised.' Chinese government mouthpiece says 'Pax Americana' has failed on all fronts … Xinhua calls for de-Americanised world. China's official news agency has called for the creation of a "de-Americanised world", saying the destinies of people should not be left in the hands of a hypocritical nation with a dysfunctional government. Heaping criticism and caustic ridicule on Washington, the Xinhua news agency called the US a civilian slayer, prisoner torturer and meddler in others' affairs, and said the 'Pax Americana' was a failure on all fronts. – International Business Tribune

Dominant Social Theme: The US is not going to change and must lose power, along with its currency.

Free-Market Analysis: With this announcement, excerpted above, what's going on worldwide becomes just a little bit clearer. We take it for granted at this point that the Edward Snowden affair is not what it seems (we've mentioned our reservations previously) and a lot of the following analysis flows from that perception. At the end of the article, we'll explain.

We're not accusing Snowden of being a bad person, nor a double agent, nor those around him. But you know there is a handful of conglomerates running Western media and if these top people don't want something emphasized, it doesn't get emphasized. Snowden has been on the front pages of major Western media for months. Same with Julian Assange, who's now gotten movie-star treatment.

It's part of a kind of directed history, perhaps, and makes sense within a globalized context. Granted, you can overdo the pattern, but here at The Daily Bell our job is to provide you with any early warning context of dominant social themes …

Part of the big dominant social theme regarding the US of late is surely that its leaders cannot be trusted and its sociopolitical, military and economic brain-trust are "dysfunctional," just as the above article claims.

Seems reasonable, doesn't it? But wait …

Some of the biggest news coming out from Snowden revolves around spying on just four countries: China, India, Brazil and Russia. We can understand an Intel emphasis on Russia and China – but Brazil and India? These are not traditional military threats and India is seen as a reliable ally these days against the Taliban.

Just to make sure, we double-checked on some search engines. Here's something on India from TheHindu.com in mid-September entitled, "India among top targets of spying by NSA" …

In the overall list of countries spied on by NSA programs, India stands at fifth place, with billions of pieces of information plucked from its telephone and internet networks just in 30 days. According to top-secret documents provided to The Hindu by NSA whistleblower Edward Snowden, the American agency carried out intelligence gathering activities in India using at least two major programs: the first one is Boundless Informant, a data-mining system which keeps track of how many calls and emails are collected by the security agency; and the second one is PRISM, a program which intercepts and collects actual content from the networks.

While Boundless Informant was used for monitoring telephone calls and access to the internet in India, PRISM collected information about certain specific issues — not related to terrorism — through Google, Microsoft, Facebook, Yahoo, Apple, YouTube and several other web-based services.

Asked by The Hindu why a friendly country like India was subjected to so much surveillance by the U.S., a spokesman of the U.S. government's Office of the Director of National Intelligence said: "The U.S. government will respond through diplomatic channels to our partners and allies. While we are not going to comment publicly on every specific alleged intelligence activity, as a matter of policy we have made clear that the United States gathers foreign intelligence of the type gathered by all nations."

… Three "global heat maps," which give each country a colour code based on how extensively it was subjected to NSA surveillance, clearly show that India was one of the hottest targets for U.S. intelligence. With the colour scheme ranging from green (least subjected to surveillance) through yellow and orange to red (most surveillance), the heat maps show India in the shades of deep orange and red …

In the heat map that gives the overview of internet surveillance (DNI), with 6.3 billion pieces of intelligence taken from its networks, India is placed between Iran and Pakistan (both red) and China and the U.S. (both light orange). Both Brazil and Russia are coded in light green in this map, while China is shown in light orange.

This Reuters article above reinforces the meme mentioned in today's lead article. The idea basically is that the US is being a terrible steward of the world's reserve currency and that its carelessness is putting the world's "recovery" at risk.

Of course, if this is a recovery, we'd hate to see what a further recession would feel like! Southern Europe is sagging under the weight of an unemployment scenario that supposedly keeps half of its youngsters from working. The US and Britain are not in much better shape, at least when it comes to overall unemployment.

The Hindu article tends to minimize spying on Brazil and China, but we've been reading about Brazil's fury for weeks. Brazilian leaders, no doubt grateful for an issue to take their citizen's minds off internal corruption, are floating the idea of isolating a South American Internet to ensure that US spooks can't utilize it.

Here's an article posted in late September over at AntiWar.com on Brazilian irritation …

Departing from a longstanding tradition of closed-door diplomacy on bilateral disputes, she dropped a political bombshell on a room overflowing with world leaders, foreign ministers and ambassadors from 193 countries sitting in rapt silence. Justifying her public criticism, she told delegates Tuesday that the problem of electronic surveillance goes beyond a bilateral relationship.

"It affects the international community itself and demands a response from it." Rousseff said recent revelations concerning the activities of a global network of electronic espionage have caused indignation and repudiation in public opinion around the world.

But in Brazil, she said, "The situation was even more serious, as it emerged that we were targeted by this intrusion." She said that personal data of citizens was intercepted indiscriminately. Corporate information, often of high economic and even strategic value, was at the center of espionage activity.

And then there is this, regarding the recent US government shutdown:

In less than 8 hours of the shutdown, miraculously, professionally printed 3X4 foot signs appeared all over the country in the tens of thousands saying "this [park, facility, etc. with custom logos] closed due to government shutdown."

There has not been a government shutdown in 17 years. These signs were designed, specifications were determined, signs were then requisitioned, bids were posted and vetted, government contracts were awarded. The materials were then ordered and the signs manufactured then distributed [by] U.S. Mails [sic] or [another method].

This shutdown was orchestrated and planned well in advance at least 6-8 months ago. Millions of tax dollars were appropriated and spent in this process. There is a paper trail a mile long leading directly to the White House.

It's hard to determine the source of this statement and we have no idea if it is accurate or even insightful, but into the hopper it goes.

The hopper is filled with shadowy patterns, perspectives that are not of themselves substantive but when put together, piled on top of each other, begin to create a specific and tangible outline. In this case, it has to do with a deliberate weakening of the US dollar.

Why would Anglosphere elites want to weaken the dollar? Because they are getting ready to try to substitute a more globalized currency? When we read the IBT article excerpted above, we find this:

As the first step in creating a de-Americanised world, all nations must try to shape an international system that respects the sovereignty of all nations and ensures the US keeps out of the domestic affairs of others, Xinhua said.

"The developing and emerging market economies need to have more say in major international financial institutions including the World Bank and the International Monetary Fund, so that they could better reflect the transformations of the global economic and political landscape," the editorial says.

It also called for an end to the use of the US dollar as the international reserve currency, a step that would ensure the international community could maintain a safe distance from the side-effects of domestic political turmoil in the United States.

Look, we can't prove it … can't touch it … can't feel it as a tangible object. But like the sudden eruption of fracking (which may or may not be a long-term viable technology but, it can be argued, is destabilizing the Petrodollar) to the selected targeting of BRIC countries via Snowden's evidence to the current "shutdown" of the US government, we find a pattern that we can easily characterize as "directed."

The IMF and World Bank in particular are elite facilities. The idea that communist China wants "more say" in it is certainly a bit strange. Anyway, weren't the BRICs going to create their own mini-IMF?

Are US and British elites conspiring to weaken the world's dollar reserve currency in order to substitute a more global currency like Keynes's bancor? We can't say for certain, of course, but if top men have set out to deliberately destabilize the dollar, that's big news with tremendous ramifications.

The dollar was in fairly good shape, post-Bill Clinton … for a monopoly fiat-currency, anyway. George Bush's deliberate wars and grandiose domestic schemes further destabilized it. Barack Obama has doubled and trebled the damage.

If they WANTED to take down the dollar reserve currency, they couldn't be doing a much better job.