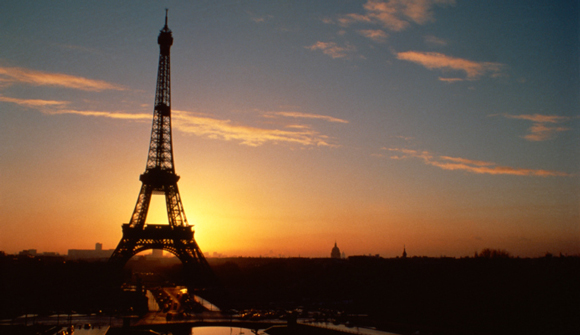 Dominant Social Theme: Where do these radical terrorists come from? This is what Islam produces, no doubt.

Free-Market Analysis: Our thoughts and prayers are with those hurt and the families of those killed during the Paris attacks. According to various reports, at least 129 have now died.

Here's some of what's been reported as of this writing:

Some of this will change no doubt as French authorities further investigate these terrible events. France has so far retaliated with at least 20 bombs dropped on "ISIS strongholds" in Syria.

Now to a larger question: Is this Islam? Is this ghastly violence part of the "religion of peace"?

In the West, Islam is increasingly entrenched as a religion of violence. Yet other voices, including Islamic ones, maintain this is not so. The Islamic code of justice is ferocious but the barriers to asserting it are extremely high in the course of daily Sunni life – or so we have been told.

Numerous male "believers," for instance, must witness a crime before a punishment can be carried out. This is not the case apparently when it comes to the more "fundamentalist" or strict Islamic interpretations adopted by al Qaeda and ISIS.

The Islamic code was intended more as a warning than as a reality, it seems. But that is not the case when it comes to "radical Islam." There are thus at least three kinds of prominent Islam functioning in today's world. Sunni, Shia and "conservative" (radical) Sunni Islam, as embodied by al Qaeda and ISIS.

Shia is an Iranian, Persian sect and Sunni is by far the larger denomination. The big difference between the two is that early on, Shia, as reported by the BBC, "claimed the right of Ali, the son-in-law of the Prophet Muhammad, and his descendants to lead the Islamic community."

Sunni Islam takes its inspiration from the Koran and writings of Muhammad and doesn't recognize the authority of modern Shia leaders that are endorsed by the state. Sunni Islam is not a state religion but a religion of the people. Sunni Islam comprises 80 or 90 percent of believers.

The conservative, fundamentalist and obviously more violent strain of Islam comes from the Saudi Wahhabist sect, which is deeply embedded in the Saudi Arabia social and political structure.

Muhammad ibn Abd al-Wahhab's doctrine, founded hundreds of years ago, speaks of "One Ruler, One Authority, One Mosque." An article by former MI-6 agent Alastair Crooke that appeared last year on Huffington Post states that "these three pillars [are] taken respectively to refer to the Saudi king, the absolute authority of official Wahhabism, and its control of 'the word' (i.e. the mosque)."

According to Crooke, Wahhabism has always served the interests of the Saudi Arabian state and more specifically the Saud family. When oil was discovered in Saudi Arabia, the Saud family set out to forcefully change Wahhabism, according to Crooke, from "a movement of revolutionary jihad and theological takfiri purification, to a movement of conservative social, political, theological, and religious da'wa (Islamic call) and to justifying the institution that upholds loyalty to the royal Saudi family and the King's absolute power."

In other words, the religion was bound even more tightly to the Saudi royals. And we learn this:

With the advent of the oil bonanza – as the French scholar, Giles Kepel writes, Saudi goals were to "reach out and spread Wahhabism across the Muslim world … to "Wahhabise" Islam, thereby reducing the "multitude of voices within the religion" to a "single creed" – a movement which would transcend national divisions. Billions of dollars were – and continue to be – invested in this manifestation of soft power. After all, the more radical Islamist movements were perceived by Western intelligence services as being more effective in toppling the USSR in Afghanistan – and in combating out-of-favor Middle Eastern leaders and states.

The article asks a series of provocative questions, including this most important one: "Why should we be surprised then, that from Prince Bandar's Saudi-Western mandate to manage the insurgency in Syria against President Assad should have emerged a … violent, fear-inducing vanguard movement: ISIS?"

The article goes on to say that, today, Wahhabist believers are increasingly anti-royal and the Saud family is afraid of the religion it has cosseted and directed. But then the Saud family has reason to fear challenges in many directions.

Here at The Daily Bell, we've often pointed out that the globalist impulse includes a toppling of the petrodollar – a currency with which the Saud family remains aligned. It would seem that the Saud family now stands in the way of additional centralization. Does this explain why the family and its allies are buying vast farms in Nigeria?

Of course, there are larger ramifications generally that stem not only from Saudi Arabia's plight but the recent shootings as well.

In the near-term, we can surely anticipate further controls on bank wires, deposits, withdrawals and other bank-related activities. Precious metals may come under attack and the new digital currency, bitcoin, as well.

We'll see today what kind of hit equities markets take as a result of the Paris attacks – and a sense that other attacks are in the offing. Ordinarily, if markets function in a rational manner, we might expect gold and silver prices to rise against the dollar.

Indeed, this may mark a turning point for precious metals, though given the curious way metals markets function in the modern era, we may see something other than a furious rise.

Freedoms have been eroding in the West since 9/11 if not before. There is no reason to believe this trend will be reversed any time and the Paris attacks will only compound the problem.

Now is the time to act. The proverbial writing is on the wall. It is not necessary for there to be another attack for freedoms to continue to diminish in the West, even radically.

Fortunately, there are places where one can go to find a second domicile and other lifestyle advantages that are in increasingly short supply in the West. South America especially is receiving a flood of expats in such places as Brazil, Chile, Uruguay and especially Colombia.

With its temperate, equatorial weather, top notch urban infrastructure and an often-sophisticated citizenry, Colombia in particular has much to recommend it, as The Daily Bell has often noted.

The Paris attacks are being heralded as a wake-up call for the West to provide citizens with more protections. Inevitably – and unfortunately – this means that people will increasingly lose what rights remain to travel freely and use their savings as they wish.

It is critical to act now before options are narrowed further as Western nations take action to make it more difficult for citizens to travel to other places.

If we want to understand Islamic terrorism, we should obviously begin with Saudi Arabia and those who have invented and manipulated "radical Islam" in order to achieve a variety of socio-political goals not only in the Middle East but around the world.

But the chances of this happening are not good. Western intel agencies have utilized Islamic terror – as we have explained earlier in this article – to gain further domestic control. The ultimate prize is increased globalization once domestic opposition is neutralized.

Please continue to visit The Daily Bell regularly for coverage of these most important issues.