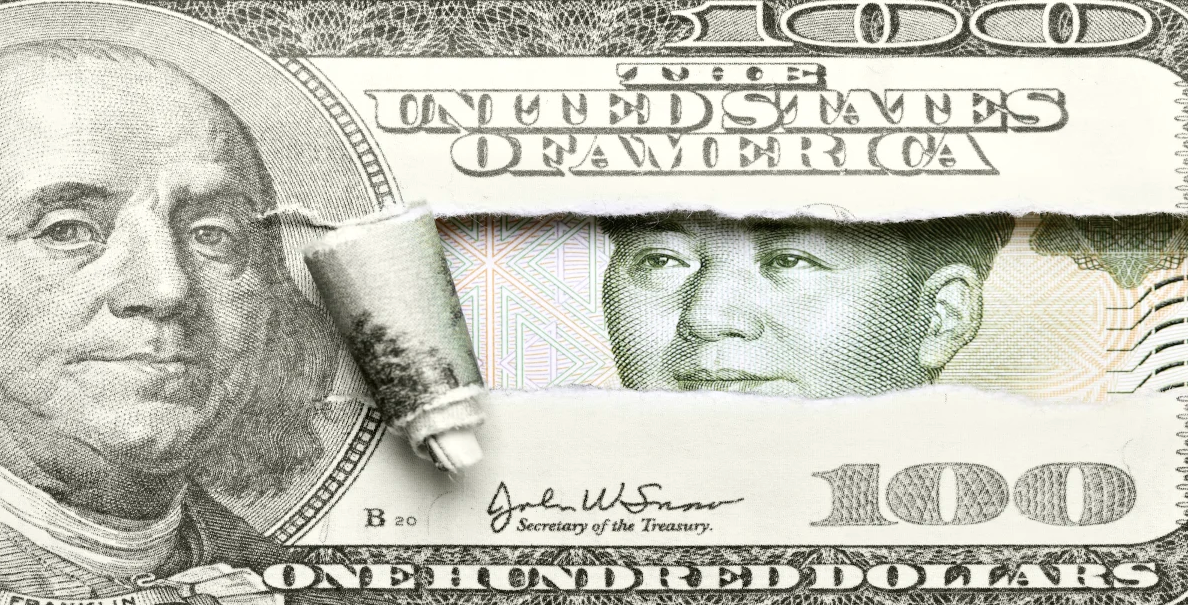 STAFF NEWS & ANALYSIS
Who Said There Needed To Be an Alternative?
By Simon Black - October 24, 2022

In the early 6th century BC, roughly 2,600 years ago during the Zhou Dynasty of ancient China, a young scholar named Li Er was hired to work as a government scribe in the imperial capital of Chengzhou.

Though Li had no formal schooling, he quickly became renowned for his keen intellect. And in time he began to attract a large number of disciples and students who wanted to learn from him. According to one legend, even a young Confucius came to seek his wisdom.

The more time Li spent in government, though, the more disillusioned he became with the entire institution. He witnessed corruption, financial waste, and abuse of power first hand, and he could see that his kingdom was in decline.

So after several decades of devoting himself to government bureaucracy, Li finally decided that he’d had enough, and he set out for a quiet retirement in the countryside, far away from the moral decay and madness of the imperial city.

Li was quite a famous teacher and philosopher at that point. And on his way outside of the main city gate, a guard named Yinxi recognized him, and was saddened to learn that Li was leaving the city forever.

The guard asked Li to please write down his wisdom, so that the whole world could learn of his philosophy.

Li agreed, and kept his promise; the text he wrote is called Tao Te Ching, and Li himself became known to history as Laozi (commonly written as Lao-Tzu), or ‘Old Master’.

Tao Te Ching is a really important work in that it was one of the first ancient texts in human history to argue in favor of limited government and personal freedom.

Li (or whoever wrote Tao Te Ching) obviously didn’t care for government; he writes, for example, that “regulations increase the poverty of the people”, and “the more display there is of legislation, the more thieves and robbers there are.”

It reminds me of the sign that Ron Paul used to keep on his desk while he was a Congressman: “Don’t steal. The government doesn’t like competition.”

It’s quite ironic that, to this day, Laozi is still revered as an intellectual giant in China. And yet if he were alive today, he would most likely have been arrested long ago and living out his days in a concentration camp.

Chinese President Xi Jinping clearly has no regard for the Tao’s ideas.

This past weekend Xi formally secured his third term as the General Secretary of the Chinese Communist Party, cementing his autocratic power for at least the next 5 years.

Let’s not mince words: Xi is dangerous. He has taken China backwards in so many ways, including and especially with respect to personal freedom.

His desire to control the day-to-day activities of people’s lives is so extreme, for example, that he even imposed strict limitations on how much time young people were allowed to play video games.

Yet that barely scratches the surface of Xi’s fetish for absolute power. COVID is another great example; Xi’s love of COVID lockdowns is rivaled only by Anthony Fauci. And the resulting economic destruction his policies have caused makes Joe Biden and Nancy Pelosi look like a couple of amateurs.

But Xi doesn’t seem to care. He acts as if the sole purpose of the Chinese economy is to support the party, not the other way around.

Xi routinely harasses private businesses and forces them to submit to the state. He has ousted corporate leaders, stolen their assets, and put many in prison. China’s tech sector has suffered an economic and intellectual drain as a result. And under his leadership, foreign investors are even less trusting of China than they were before.

Xi doesn’t seem to have interest in peace and prosperity. And perhaps to underscore the supremacy of his new direction for China, Xi had his predecessor physically removed from the room during this weekend’s Party Congress in Beijing.

Xi is often compared to Hitler across Internet chat rooms, usually due to the internment and murder of China’s Uyghur minority.

To be frank, however, the parallels between Xi and Hitler go far beyond the Uyghur genocide.

After Hitler rose to power, he also cared very little about the German economy. He wanted it to be healthy, of course. But he viewed the economy as an extension of the state.

Hitler’s top priority was in developing a strong military. And he believed that, as long as the military was strong, that the German economy would be strong as well simply because foreign nations would not oppose him.

This seems to be Xi’s approach. He’s investing heavily in China’s military and weapons technology, and he demands that private industry subordinate itself to these ends.

This all leads me back to a key theme: the US dollar.

I’ve long argued that the US dollar’s dominance as the global reserve currency is coming to an end. This is inevitable; no currency and no superpower has held the top spot forever.

Yet this view is very difficult for people to digest. It’s hard to accept that there’s a shelf life for America’s global dominance. And often people assume that the US will continue to reign supreme simply because “there is no alternative”.

No one trusts China. Very few people (outside of China) want the renminbi as the world’s reserve currency.

And to be fair, China has a mountain of its own problems. Its demographic challenges (due to decades of the One Child Policy) are unfixable in my opinion. Plus China also has serious defects in its financial system, debt levels, and more. Not to mention its currency is plagued by capital controls.

This doesn’t seem like an obvious alternative to take over the global financial system.

But who ever said there needed to be an alternative?

The US dollar was formalized as the dominant reserve currency at the Bretton Woods conference in 1944. Dozens of representatives from multiple sovereign nations literally gathered in a room and agreed that the dollar would be king.

No one is going to be doing that any time soon with China or its currency, the renminbi.

But that doesn’t mean the dollar is going to keep its status forever.

Losing its reserve status doesn’t require a replica of the US dollar in a different country. No one is going to flip a switch and suddenly cause all global trade to go through the Chinese financial system.

It means, for example, that European aircraft manufacturer Airbus will start selling its jets in euros, instead of dollars (especially to European airlines).

It means some sovereign nations whose currencies are currently pegged to the US dollar abandon their pegs and allow their currencies to float freely.

It means foreign institutions gradually cut their holdings of US government debt.

And yes, it also means that some Chinese companies will conduct cross-border trade in their own currency. In fact this is already happening. And it’s accelerating.

It’s true few people trust Xi. Nobody trusted Hitler either. And yet Nazi Germany did booming trade with the rest of the world, and much of it was denominated in his reichsmark. In fact there was an entire trade bloc in Europe with the reichsmark as its unofficial reserve currency.

None of these trends will cause the US dollar to disappear, and certainly not overnight. But they do constitute a gradual chipping-away of the dollar’s dominance.

And that has major long-term implications for the US economy.