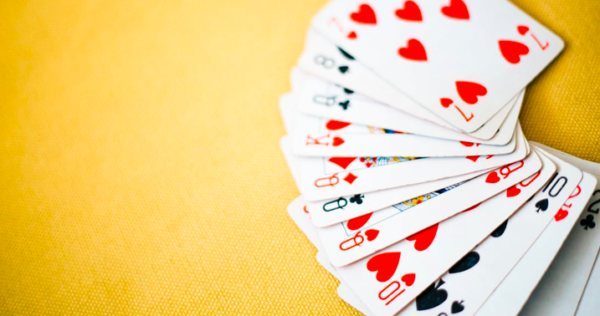 In the world of professional poker, just like in all professional sports, there are a handful of players who are, quite simply, head and shoulders above the rest. Take Ronaldo and Messi in soccer and Federer and Djokovic in tennis. Other players just can’t touch them, sometimes quite literally.

It’s also probably fair to say that the current generation of players are the best that there have ever been in their particular sport. So in compiling a list of the best poker players ever, we’ve had to confine ourselves to players on the current, or very recent, circuit as opponents from the past would probably not stand a chance against them.

It’s no real surprise that the world of poker is distinctly male-dominated. The game has never made itself particularly open or even welcoming towards women. So the achievements of the inspirational Vanessa Selbst have been even more remarkable. Before retiring to enjoy some of her $11 million plus career earnings she had been by far the most successful woman ever on the pro poker circuit.

In a career spanning over a decade she won countless tournaments including the main event on the Partouche Poker Tour clinching a career high $1.8 million as well as picking up no less than three World Series of Poker bracelets in 2008, 2012 and 2014. Famous for her aggressive and bold play, it may be quite some time until the poker world sees a female player of her calibre again.

Known by many as “the Tiger Woods of poker” it’s a game that really is in his blood. Brought up around the poker rooms of Atlantic City, he started out playing on a fake ID. Now, some 20 years later, the has an incredible 10 WSOP bracelets to his name and career winnings of a very cool $26 million in the bank.

He’s also made 31 WSOP final tables and cashed in at 59 WSOP events. He’s also picked up cash wins of $1 million or more on no less than nine different occasions. In fact, about the only major title that has so far eluded him has been the WSOP Main Event. His best showing came back in 2009 when he came 7th taking home a very welcome $1.4 million for his trouble. 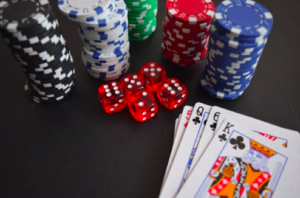 Although he’s something of a phenomenon, not to mention a wunderkind too, not all of the poker world is quite ready to welcome the young German into its official inner sanctum – although this is certain to change as he grows older. Holz was born in Germany in 1993 and at the tender age of 23 won his very first WSOP bracelet.

This came in the $111,111 No Limit Hold’em for One Drop and followed close on the heels of him being runner up the Super High Roller Bowl. Two years later he enjoyed even more success at the WSOP taking home $6 million in winnings by coming a very close second to Justin Bonomo in the 2018 WSOP $1 million Big One for One Drop. With career earnings of over $32 million already, there’s every reason to think that he will one day be the biggest winner of all.

At the other end of the age scale to Holz is someone who is often jokingly referred to as a grand old man of poker. Nearing the age of 60, Seidel rose to prominence long before online poker was the gleam in anyone’s eye. An eight-time bracelet winner, as well as a Poker Hall of Fame Inductee, his career winnings have exceeded $36 million.

The Canadian player has amassed career winnings to date of just shy of $40 million which many poker fans put down to the uncanny ability he seems to have when reading his opponents. He is the only player to have been awarded bracelets in Las Vegas, Europe and Australia and has won cashes of $1 million on no less than seven separate occasions.

But of all the players on the circuit today, it’s Bonomo who leads the way with $44 million earnings by the age of 32. Nearly a quarter of this amount came from his win at the 2018 WSOP $1,000,000 The Big One for One Drop in which he won $10 million. This came as the culmination of an incredible run of wins for Bonomo – ten in all in a very short period of time including $4.8 million in the Macau Super High Roller Bowl $HK 3 million NLHE event. So it seems like there’s no stopping him now!

This post has been contributed by Phil Spencer and is published in accordance with our disclosure policy.