STAFF NEWS & ANALYSIS
Why Are the Social Engineers Obsessed With Transgenderism?
By Ben Bartee - October 14, 2020

*Correction [October 15, 2020]: The initial article contained a reference to a prohibition on students enrolled in “Race, Class, and Gender Inequality” against asking about a transgender activist’s “gender identity.” In fact, the prohibition was made against asking about her “sexuality.” The necessary corrections have been made within the text of the article.

“Transgenderism” as an advanced, enlightened lifestyle didn’t exist a generation ago. Now, through a steady diet of corporate media glorification and hen-pecking, it’s become the hottest new trend in Western culture.

The concept of gender fluidity, the ideology that promotes it, and the mob that enforces its normalization are the reasons that biologists (and J.K. Rowling) aren’t allowed anymore to say that men have penises and women have vaginas. 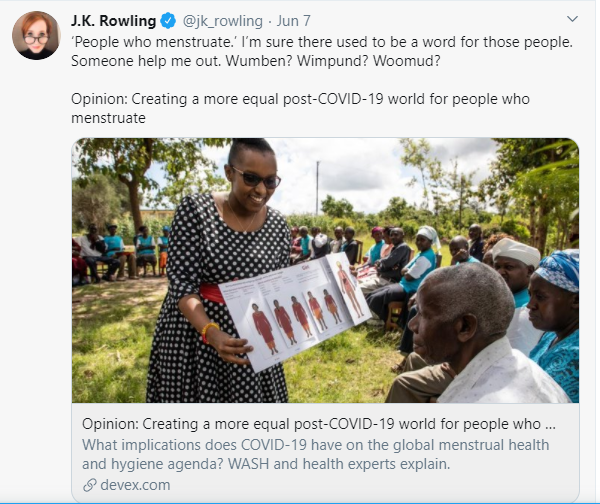 The current deification in academia and corporate press of transgenderism activists as some sort of heroes thwarting the patriarchy has been a long time coming. From 2005-2010, I attended Valdosta State University, a mid-size regional institute of higher learning of the University System of Georgia. While an undergraduate, I decided to enroll in a few sociology classes out of genuine interest in the subject.

This was the pre-SJW (Social Justice Warrior) era– the term hadn’t achieved household status yet. My political awareness at that time had been born out of the disaster of the Bush administration; I considered myself aligned with the American left. My experiences with Dr. Tracy Woodard-Meyers of the VSU Women’s and Gender Studies Program, though, in her class titled “Race, Class, and Gender Inequality,” cured me of social leftism forever. 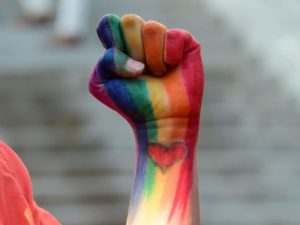 In hindsight, with the name of the course as the red flag, I should have anticipated what I was getting into; I had no idea how deep the academic institutional rot had become even by that late date of 2009.

Dr. Woodard-Meyers ran a tight SJW ship. First, I was one of only two males in the class of at least 30. Most of the rest were white women — I assume sociology majors — who had previously “learned” from the doctor and adored her as only a cult follower can.

One afternoon, Dr. Woodard-Meyers announced to us, her students in “Race, Class, and Gender Inequality,” that VSU’s Women’s and Gender Studies Program would be welcoming a transgender activist to a speaking engagement in an auditorium on campus. Anyone in the class who attended, she said, would earn extra credit.

The doctor offered one important stipulation to her students, though, that still haunts me to this day:  we were not allowed to ask the transgender activist about her sexuality! The rationale for this imposition was that such a line of questioning would be somehow disrespectful.

Essentially, the proposition was that students were invited to hear a transgender activist speak, but we were barred from asking anything about her transgender sexuality during the Q&A. Only then, on that hot Southern Georgia afternoon of 2009, while I walked home, as I absorbed the absurdity, did I begin to glimpse the Heart of Darkness.

Dr. Woodard-Meyers, as Director of the Women’s and Gender Studies program, likely gets paid close to a six-figure salary to author such high-brow academic studies as:

Dr. Woodard-Meyers presides over her classroom with the iron fist you would expect from an ideologue. As the doctor says, it’s up to her to prevent wrongthink in the sanctuary of her classroom/shrine to Bell Hooks: “There’s no room in this society for intolerance. We’re a diverse world and we should embrace it… Hopefully [the students] know (understanding) will help make this world a better place.”

If “making the world a better place” means instantiating anti-science, anti-free speech gags into educational regimes, then Dr. Woodard-Meyers and her peers have succeeded.

Since I graduated in 2010, these types of curricula have filtered even deeper into the education system, penetrating through the high school level into primary – often devolving into abject exhibitionism and degeneracy which is now celebrated as “liberation” from the white supremacist patriarchy… or something. Nothing means anything anymore: the ethos of the 21st-century activist/academic (often now one and the same). 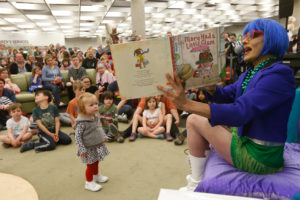 Now, children who are barely old enough to spell their own names are introduced to drag queens in full drag-show regalia who visit school libraries to read stories to them.

The American Psychiatric Association, author of the Diagnostic and Statistical Manual of Mental Disorders (DSM), the Bible of psychiatry, under pressure from activists and the corporate press, altered its terminology in the DSM-5 from “gender identity disorder” to “gender dysphoria.” This change, it claimed, was necessary to emphasize the social stigma aspect of transgender identity issues rather than implying there may be anything unusual or pathological about the identity itself.

In other words, the messaging has been reframed to communicate that bigots are responsible for the hardships of transgender individuals through no fault of their own, full-stop. As such, the bigots (you and me) must be fixed.

All of this nonsense begs the question:  Why are the oligarch overlords obsessed with transgenderism under the auspices of protecting trans rights? Does a tiny minority (0.6%) of the population deserve a years-long PR campaign while children in Flint still drink lead tap water and American families can’t afford a $400 emergency? Where are the priorities? 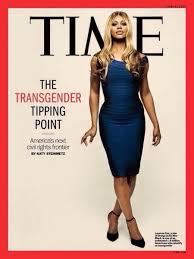 The social engineers steering the US Titanic into an iceberg don’t care about human rights; they routinely start illegal wars (despite being ostensibly concerned with international law), provide support in the form of weapons and money to bankroll ongoing genocides in Yemen and elsewhere, pay “essential” workers starvation wages, and lock up American citizens by the millions for nonviolent drug offenses.

Whatever woke activists say to the contrary, the “trans rights” movement is not organic nor is it marginalized; it enjoys funding from scores of multinational corporations and Western governments  — including, ironically, Wells Fargo, which was recently fined $3 billion for capitalizing on human misery.

There is indisputably an agenda afoot in normalizing transgenderism, especially in the malleable minds of children.

The answer to why, though, remains elusive.

Can it all be chalked up to the decadence of a declining imperial power as seen in Rome? Is there an inherent advantage to a de-masculinized population?

Does the mass-scale gaslighting of a target population’s foundational conceptions of reality amount to a tactic to debilitate its capacity for reason?

Perhaps all three are true.