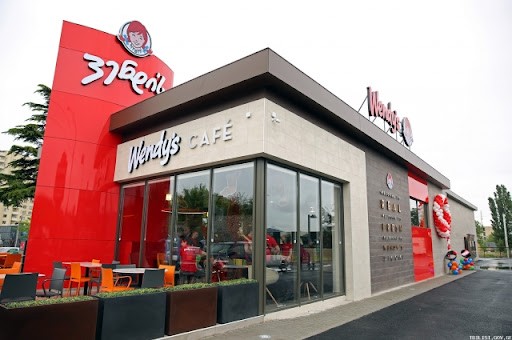 STAFF NEWS & ANALYSIS
Why ‘Diversity Is Our Greatest Strength’ is a Corporate Lie
By Ben Bartee - March 04, 2022

My students, where I once taught at a private university outside of Bangkok, would often come into class carrying coffee cups conspicuously emblazoned with the universally recognizable Starbucks© logo.

When they set them on their desks, they were uniformly careful to position the cups so as to prominently display the logo.

They didn’t patronize Starbucks© because they liked the taste or thought it to be particularly good, but because of the status they believed it conveyed.

Success, in their estimation, meant consuming the most popular Western products. They had no idea they were diluting their own culture to line the pockets of malicious actors. 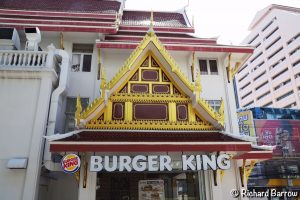 What is difficult for the propagandized Western mind (including mine) to grapple with is that the “diversity” obsession is a purely Western phenomenon.

Any other culture understands that diversity is not ideal for cohesion; they’re mutually contradictory values.

If you ever get a chance, make the best-faith argument you can muster to an English-speaking native in a foreign land (who has not been educated in the West) about the merits of the “diversity is our strength” ideology.

You’ll get a blank, uncomprehending stare.

Is that a coincidence?

As opposed to the fictions of corporate PR departments, the following statement conveys true respect for diversity: just like America is for Americans, Thailand should belong to Thais – a nationalist sentiment very commonplace in that land.

But marketing is a powerful thing; it can even trigger cognitive dissonance. Many of those Thai nationalists carve out a glaring exception for status-conferring consumer products imported from the West (or Japan or Korea).

That revered ballad of hippie aspiration, “Imagine” by the Beatles’ frontman John Lennon — and the 1960s zeitgeist that it reflected – always induced maximum cringe. I gagged reflexively even when I was younger, before I had fleshed out how I thought about things:

I’m sure that when John Lennon wrote that drippy, sappy ballad, he did so with starry eyes. He probably believed he was simply promoting harmony and peace.

The road to hell is paved with good intentions.

Underneath its shiny exterior of utopian idealism, the song promulgates a new kind of global, banal universality by conflating the human desire for brotherhood with an embrace of corporate monoculture.

This is why the corporate media has and always will promote these vapid messages of vague “hope” as promotional gimmicks.

What kind of a world would that one envisioned by John Lennon look like? How droll, how drab, how ho-hum! No flavor or spice; just a monoculture of hip “tolerance” or whatever.

Why would anyone want Bangkok to look like Des Moines, Iowa?

What happened to the “diversity”? Isn’t it our strength? Or is that ideology conveniently discarded when it might oppose corporate creep?

Universal oneness and diversity, again, are antithetical values. But that hasn’t stopped the cultural left and the corporate behemoths that now bankroll their social movements from embracing both simultaneously in full earnestness. 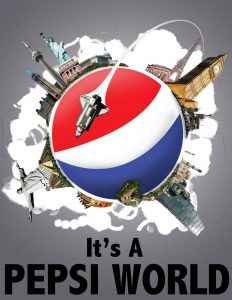 At the same time that these entities expand across the world like a cancer to peddle their sub-par nutrition-free slop to local populations that were better off without them, they simultaneously (unironically) peddle the “diversity” babble. 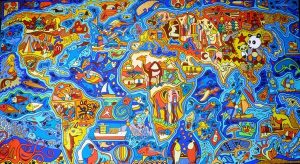 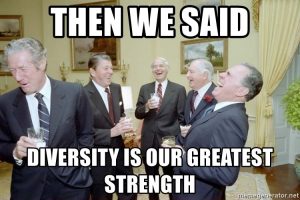 What the Corporate Slogan ‘Diversity Is Our Greatest Strength’ Actually Means

What they mean: to bring as many of the world’s people into the corporate monoculture fold while simultaneously diluting the inherently valuable aspects of authentic, legacy Western culture through unchecked immigration.

If Apple© and NIKE© and McDonald’s© truly valued diversity, why do they penetrate and vandalize every culture on earth?

Does Wendy’s© belong in the Caucus Mountains on the far stretches of Eastern Europe? Is that “respecting indigenous culture” or whatever trite slogan the corporate PR department has come up recently? 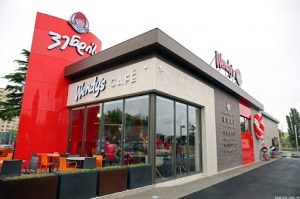 Wendy’s© in Georgia (the country, not the state)

Why, if “diversity is our strength,” do these corporate monoliths lobby for transnational trade deals that destroy the barriers like tariffs that insulate local industries from their predatory creep?

A decade ago, I tried (but failed) to properly convey to my Asian students the unique threat of corporate monoculture.

“I attempted to explain to my Taiwanese students that McDonald’s© is the quintessential representation of corporate monoculture creep worldwide.

The 10-year-old children of Zhushan [a rural remote village in the Central mountain region] — all of whom without exception loved McDonald’s© and viewed the presence of such a restaurant in their hometown as a crowning achievement of modernization — did not understand or appreciate the meaning I hoped to relay.

Somehow, which I can only vaguely recall, I attempted to draw a connection between 9/11 ( which ostensibly had nothing to do with corporate diners directly) and McDonald’s© predatory creep into local markets from Taiwan to Madagascar to Peru. I drew them poorly-drawn pictures, none of which helped them better grasp the thrust.”

The impetus for that poorly executed lecture to Taiwanese schoolchildren was the revulsion I felt each time I stumbled on another soul-crushing McDonald’s© in some far-flung corner of the world – like a cancerous lesion on a supermodel’s face.

All I wanted to do was escape the corporate sludge.

The lecture was poorly conceived, especially given the vast cultural divide and inexperienced unworldliness of my audience. You should’ve seen the mess of illustrations on that whiteboard – like from a schizophrenic explaining the Flat Earth. Or from that character Russell Crowe played in A Beautiful Mind. 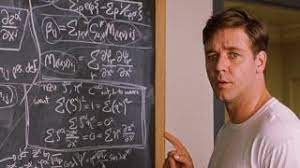 Hopefully I did a better explanatory job here:

“The factory mass producing fear, bottled,
Capped, distributed near and far
Sold for a reasonable price
And the people, they love it, they feed it
Brush with it, bathe with it, breathe it
Inject it direct to the blood
It seems to be replacing love
Why must we stay where we don’t belong”