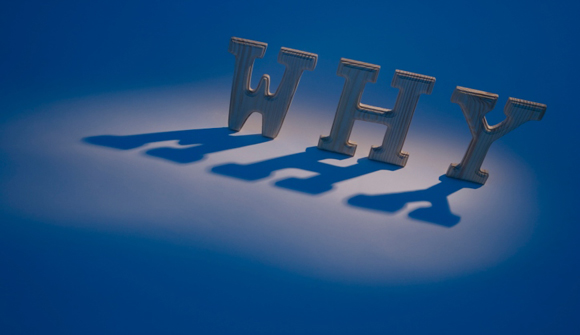 Why Beijing Is Buying [Gold] … If China were to convert a relatively modest part of its $4 trillion foreign exchange reserves into gold, the country's currency could take on unexpected strength in today's international financial system. It would be a gamble, of course, for China to use part of its reserves to buy enough gold bullion to displace the United States from its position as the world's largest holder of monetary gold. (As of spring 2014, U.S. holdings amounted to $328 billion.) – Foreign Affairs/Alan Greenspan

Free-Market Analysis: Alan Greenspan, Gold Bug, has scuttled back into view with a typical statement – one posted at Foreign Affairs – that implies a good deal more than it explains.

Greenspan has spent years, decades, dealing with the continued fallout of a famous article he wrote while under Ayn Rand's influence.

Entitled, "Gold and Economic Freedom," this 1966 article originally ran in Rand's publication The Objectivist and was reprinted in Capitalism: The Unknown Ideal.

… In the absence of the gold standard, there is no way to protect savings from confiscation through inflation. There is no safe store of value. If there were, the government would have to make its holding illegal, as was done in the case of gold. If everyone decided, for example, to convert all his bank deposits to silver or copper or any other good, and thereafter declined to accept checks as payment for goods, bank deposits would lose their purchasing power and government-created bank credit would be worthless as a claim on goods. The financial policy of the welfare state requires that there be no way for the owners of wealth to protect themselves.

This is the shabby secret of the welfare statists' tirades against gold. Deficit spending is simply a scheme for the confiscation of wealth. Gold stands in the way of this insidious process. It stands as a protector of property rights. If one grasps this, one has no difficulty in understanding the statists' antagonism toward the gold standard.

Contrast this straightforward prose to the intricate avoidance that Greenspan practices in his current Foreign Affairs article. He uses words and sentences of modest length but still manages to write an article that is subtle rather than simple and discursive rather than clear.

The broader issue – a return to the gold standard in any form – is nowhere on anybody's horizon. It has few supporters in today's virtually universal embrace of fiat currencies and floating exchange rates. Yet gold has special properties that no other currency, with the possible exception of silver, can claim.

For more than two millennia, gold has had virtually unquestioned acceptance as payment. It has never required the credit guarantee of a third party. No questions are raised when gold or direct claims to gold are offered in payment of an obligation; it was the only form of payment, for example, that exporters to Germany would accept as World War II was drawing to a close.

Today, the acceptance of fiat money – currency not backed by an asset of intrinsic value – rests on the credit guarantee of sovereign nations endowed with effective taxing power, a guarantee that in crisis conditions has not always matched the universal acceptability of gold.

If the dollar or any other fiat currency were universally acceptable at all times, central banks would see no need to hold any gold. The fact that they do indicates that such currencies are not a universal substitute.

… If, in the words of the British economist John Maynard Keynes, gold were a "barbarous relic," central banks around the world would not have so much of an asset whose rate of return, including storage costs, is negative. There have been several cases where policymakers have contemplated selling off gold bullion.

… To date, Beijing has been able to maintain a viable and largely politically stable society mainly because the political restraints of a one-party state have been offset by the degree to which the state is seen to provide economic growth and material wellbeing.

But in the years ahead, that is less likely to be the case, as China's growth rates slow and its competitive advantage narrows.

Is this clear to you, dear reader? It is clear to us, but only so far as it goes. The headline promises more than the article delivers. It trails off into a conclusion about China's growth rates and narrowing competitive advantage.

Why did he write this article? Why did he want to focus on China? A younger Alan Greenspan might have been a good deal less circumspect (which is why his long-ago article, clearly stated, is still referenced today).

What is memorable about this article? Presumably a sly Greenspan wants us to read between the lines. What he seems to be indicating is that as China's growth slows, top ChiCom officials have decided a larger gold hoard will stave off economic difficulties that might otherwise arise.

Perhaps he is hinting that a decision has been made at high levels to create some sort of formal linkage between gold and the Chinese currency. It is all fairly unclear.

What is clear is a less original point – and one we, too, have made – that the world's financial system still runs on gold, even though it seems not to have any formal role.

Gold and silver have been "money" for thousands and perhaps tens of thousands of years. The modern fashion of dismissing money metals as "barbarous" is the outcome of Keynesian propaganda, not of any shift in how humans relate to money metals … and will continue to relate to them.

Perhaps Alan Greenspan is hinting at what we already know, that a big change is coming and that in the future money metals will be seen more objectively as part of the solution rather than part of the problem.

In any event, we are comfortable in reminding people what we stated in the other article in this issue (and have before as well), that profits are likely currently available in the current frenetic market – so long as it runs. But long-term, money metals must remain a significant portfolio consideration.

That certainly includes the physical, too.