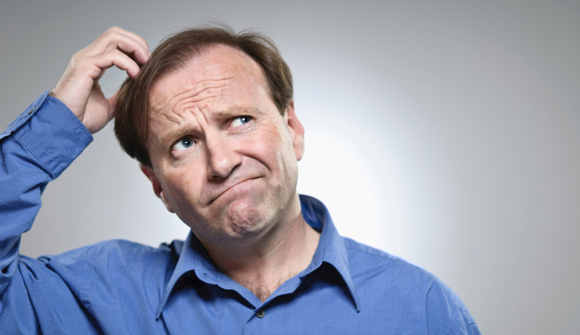 Could [another 9/11] attack happen tomorrow? Of course. But once every 13 years would still be an anomalous event, not a systemic threat. Remember the talk as the rubble smoldered of hundreds, maybe thousands, of "sleeper cells" lurking out there, waiting to strike? Well, we now know there were none at the time, and apparently none were formed even after we have fought two wars and killed thousands of innocent civilians since 9/11. One would think our actions in Iraq, Afghanistan, Pakistan, etcetera would spawn at least a few motivated and effective enemies bent on revenge through domestic attacks. Apparently not.

So, ironically, if we had done absolutely nothing in response to 9/11 aside from hold funerals and shake our heads in disbelief, we would have been no less safe than we are now after two useless wars, trillions of dollars and thousands of lives lost, and a decade of taking off our shoes for domestic flights.

I'm not saying this was obvious when 9/11 happened. Far from it. I was just as freaked out as anyone else at the time and I think it would have been foolish to ignore the threat. But the fact is if we had we would have been far better off, because as it turns out there were not hundreds of other Mohammed Attas out there in the wings. – Talking Points Memo, Sept 11, 2015

Each year on Dec. 7, ceremonies occur to mark the 1941 surprise Japanese attack on Pearl Harbor. Each year the memorials get less attention as those who actually saw the event pass away. Will Sept. 11 also lose its hold on our collective memories someday? Probably so.

Yet the fact that we still mark Sept. 11 as the day of greatest carnage indicates we drew the wrong conclusions. Far from marking a wave of such attacks, the plane hijackings now look more like an anomaly. One of the many groups that wished to attack the U.S. succeeded. All others – if they ever actually tried – apparently failed.

Yes, we have seen small attacks and attempted attacks from radical individuals in the last 14 years. None was on the scale of 9/11/01, and would not have been so even if they had succeeded.

This is even more remarkable when we consider the many "soft targets" such groups could strike. It would be quite simple for a suicide bomber to kill dozens inside a busy U.S. Starbucks or McDonald's. It wouldn't even have to be suicide. Like the Boston Marathon duo, one could abandon a bomb-laden backpack, set a timer and then leave.

In similar fashion, a small group could easily obtain assault rifles and stage a mall attack like the 2013 Nairobi incident. They would face little or no resistance if the planners picked a state in which citizens can't carry concealed weapons.

Why have such things not happened? The government will credit its own vigilance, but surely, it would not be so perfect. We have not seen even one such attack inside U.S. borders since 2001. Why not?

The simplest explanation is that the domestic "sleeper cells" and al Qaeda sympathizers we've been so often warned about never existed. No one wants to admit this because it would mean the response to 9/11/01 was all a giant mistake.

Some think that dark forces within government staged the World Trade Center and Pentagon attacks in order to provoke the response that followed. Whether or not that is true, the results are the same. We lost thousands of lives in pointless wars, surrendered civil liberties and squandered trillions of dollars, all in exchange for a degree of safety we would almost certainly have had anyway.

These losses were not losses to everyone, however. Certain groups and individuals have scored handsome profits in the new "Homeland Security" era. They continue to score today – and will likely do so for many years to come.