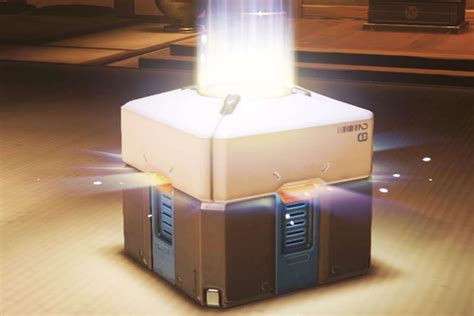 Nearly every mobile game these days come free of charge. Anyone can get the game and play for fun. To make profits, developers sell in-game features that give players an advantage over other players or to unlock new features. When these purchases are issued in boxes where buyers get items randomly, they are called loot boxes.

Earlier in April, Belgium made a bold decision to ban game purchases from some of the world’s most popular online games. FIFA 18, Overwatch and CounterStrike: Global offensive were not spared. Belgium made the decision after research that concluded loot boxes were a form of gambling. The online gaming world has been divided about loot boxes since then.

Are loot boxes similar to online gambling? Players can’t cash out any incentives for making purchases. They are not like slots and do not have lucrative jackpots that lure players. However, there are several facts about in-game purchases that give people reasons to consider them gambling.

It’s a Game of Chance

A big characteristic of many loot boxes is that they hide their contents until players pay for them. In a game like Pro Evolution Soccer 2018, game owners can unlock top-rated players by paying. The game uses an in-game currency system called gold coins. You pay for the coins using real-world money.

Players are locked into silver, gold or black balls. The black ballplayers consist of players with the highest ratings, followed by gold and then silver. When you decide to buy new players, the game runs a multitude of balls and then lands on one of them.

If you hoped to get a black ballplayer like Lionel Messi, you end up with a silver ballplayer in a lower side league. You can pay to acquire a new player but the system is similar. There is no assurance you get the player you want.

Gambling works in a similar way. You place a wager and hope to match symbols that amount to a win. The reels spin and then stops abruptly. The game doesn’t always stop on the numbers or symbols you hoped for. It’s a game of chance just like the loot boxes.

Of course, there is a difference in that you withdraw your wins in the best games. The best mobile casinos featured on MobiCasino.co.uk all payout to winners. They work in almost every modern smartphone and have the great graphics you find on PC games.

At politician in the Hawaii state house condemned loot boxes for their gambling-like approaches. Chris Lee singled Battlefront II out and called it a Star Wars themed casino. Lee criticized the game for its monetization model that coerces kids to spend money.

While it does not apply to all games, some companies mislead players about loot boxes. In a speed race game, players are shown a fleet of the best sports cars. The odds of landing the cars are made to look achievable while hiding other cars. But upon paying, the games draw a few sports car in an ocean of regular cars the player probably never intended to buy.

In a way, loot boxes are made to appear like lotteries and jackpots. Only the big wins are advertised and the games don’t mention the real odds of getting those wins. That system of advertising is called intermittent variable reinforcement, and is common in slot machines, hence the comparisons.

Sure, gambling is not the only addictive thing in the world. But when the addiction costs money to adults and kids—there is a big problem. In a popular forum on Reddit, one member gives a tale of how he gambled $16,000 in the Final Fantasy (FFBE) game.

The narrator shares how his first expense in the game was $99. He used the money to buy lapis, in-game items that can be used to level up. As the storyline progresses, the game’s difficulty increased and he invested more money. After realizing how addictive the loot boxes had become, he tried de-linking his credit card. The method failed and only got help after spending over $16,000.

In the Reddit thread, there are numerous stories with the same problem. They sign up for an online game and get hooked by in-game purchases. Lured by the seemingly low costs, players end up spending thousands of dollars they shouldn’t have.

They can be manipulated

In the past few years, a number of major developers have been accused of manipulating their loot box algorithms. The companies advertise high odds of acquiring their games but nearly every player gets the same features.

Players can spend hundreds of dollars attempting to unlock the best features but that rarely happens. There is almost no auditing done amongst online games, meaning developers decide what algorithms to use. Fortunately, consumers are speaking out about the issue.

Since 2017, game forums have been awash with topics about loot boxes and their future in the industry. The outcry has had some success, the most notable being EA’s decision to remove loot boxes from Battlefront II.

Just this month, a report from the UK cited loot boxes as a reason problem gambling among children had quadrupled in 2017 compared to 2013. Up to 31% of children in the UK spend their money on loot boxes. 3% of them gamble the items on skin betting sites (named after cosmetic skins bought through in-purchases).

While the UK doesn’t classify the items as part of gambling, it believes more efforts should be done to protect children. In a different study done in Australia and New Zealand, researchers had a similar finding. Loot boxes were found to have near identical features to online gambling.

The researchers cited most of the features identify by players against the boxes. The randomization of rewards and the predatory tactics used to lure players were compared to gambling sites. In the 22 games used in the study, 10 of them matched the scientists’ criterion.

So is it gambling?

Money has to be exchanged, players get items based on luck. And that certainly resembles gambling.

But that doesn’t mean the government should regulate it.

As for the effect on kids… what ever happened to parental responsibility?