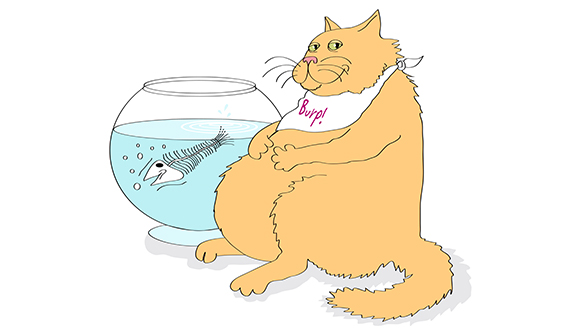 Dominant Social Theme: We need better laws so politicians and bureaucrats will be more careful with public funds.

Free-Market Analysis: There are a variety of problems with the public administration of private funds, and this article mentions the latest outbreak of Anglo-American difficulties centering on the BBC.

Apparently, the BBC had been paying off disgruntled managers with huge cash settlements. This is often done in the corporate world where top executives are given golden parachutes as an expression of gratitude. But actually these are payments to reinforce a kind of corporate "omerta."

The whole idea is to use money to buy silence and the BBC was no more or less culpable than any other larger, modern organization in this regard.

This is generally an approach to governance throughout the Western world. It is one reason for the high salaries and generous pensions paid to top government bureaucrats. The money provides a set of velvet handcuffs. Again, the idea is to buy silence.

Government especially – and the BBC is certainly an excrescence of the British government – needs to buy silence because most or all of what it spends money on is ineffective and even counterproductive, benefiting only a few shadowy players behind the scenes.

The BBC is a good example. Its preoccupations by and large are leftist and militant. Its reporters don't do much in the way of investigative reporting but they do provide Britain's millions with an approved point of view.

The viewpoint presents fiat money as a natural outgrowth of a free-market economy (it is not) and the actions of the military industrial complex as justified due to "national security" concerns (that are mostly made up).

The BBC is front and center right now because of the flagrancy with which it has been treating the public purse. In reality, its actions are no more or less egregious than any other such institution, though this Telegraph article tries to convince us otherwise.

Several managers left with large pay-outs even though they already had other jobs to go to. One person was paid 12 months' salary of £300,000 in lieu of notice, despite having already worked his notice. Others received car allowances, consultancy fees and new IT.

Contrast these goings on with the agonising taking place at Westminster over what to do about a recommended £10,000 pay increase for MPs. Few politicians want to take it, even though they think they deserve it, because they know that the public reaction will be incendiary and could cost them their seats.

Yet at the BBC, cushioned by a guaranteed £3 billion annual grant, there was no such accountability, just an overweening sense of entitlement. The top-heavy management structure became a self-perpetuating and self-rewarding oligarchy, seemingly indifferent to the demands for austerity being made elsewhere in the public sector.

Even in its official response to the NAO, the BBC still failed to understand why the public finds this financial incontinence outrageous. It said the savings it had made from redundancies exceeded the cost of severance – yet surely this is an admission that too many executives had been employed in non-jobs rather than a justification for making the payments.

In the three years to December 2012, the number of senior managers had been reduced from 660 to 445 without any noticeable decline in quality. Lord Hall of Birkenhead, the BBC's new director-general (whose predecessor, George Entwistle, walked away with more than £500,000), said payments on this scale belonged to "another era" and were being stopped.

… But the real message behind the NAO's criticism is that there had been a failure of governance that "put public trust at risk". That is a serious charge. Not for the first time, we look to the BBC Trust to do its job and exercise proper oversight.

The article makes much of the "agonizing" of the British Parliament over a prospective pay raise, as if MPs were somehow less generous with the public purse than the BBC.

In accepting this argument, we are supposed to forget about recent scandals regarding the Parliament and the ways its members cooked their books to retain various kinds of favorable treatment regarding local domiciles. And, of course, that's just the latest example.

But the larger issue is whether democratic institutions can ever safeguard public funds. In order to determine the answer we have to examine three separate issues.

The first issue has to do with the extraction of the funds themselves, which is done by force. Don't pay the government and you go to jail or worse. This is not a propitious way to begin what is often portrayed as a voluntary or at least lawful disbursement.

Second, there is the issue of how funds are provided to the body politic. Here we have long made the point that funds once confiscated cannot be re-integrated into the free market but must inevitably constitute a price fix … at once inefficient and distortive.

Finally, there is the issue of the "tragedy of the commons." This insightful observation affects any property held in common. When it comes to government funds, it explains to us clearly that those who do not own the funds they administer will do their best to loot those funds.

Public funds therefore extracted by force, are administered inefficiently and finally subject to institutional looting as they do not belong to anyone in particular and are thus seen as "fair game."

Within this context, the BBC's misappropriation of funds is surely normal, even predictable. The argument that public funds can be better administered or that their abuse can be mitigated seems a false one when the totality of the process is evaluated and analyzed.

The smaller the government is the better; and the less "public funds" it disburses, the more proficient it shall be.

Ideally, governments would be small.