When Biden’s executive branch sets its internal security apparatus sights on “domestic extremists” (intelligence jargon for any group or individual who deviates from the corporate state narrative), The Daily Bell was among the first independent media to sound the alarm.

However, we didn’t rigorously assess why the populist Right, and not the Left, poses an existential threat to the ruling class.

The “establishment” references the conglomeration of dominant interest groups that sits atop the political food chain.

In a past era (in the Western context, before the original Industrial Revolution), the establishment was a landed aristocracy in collusion with the Church and militaries that ruled nation-states.

In the 21st century iteration of feudalism, the ruling class is a consortium of multinational offshore corporate elite.

Theoretically, regardless of who occupies power, any social group outside of the establishment is a latent threat – hence the oppressive apparatuses of state throughout history from the Red Guards of the Mao era to the Stasi of East Germany.

In a rough 99% vs. 1% breakdown, if the vast majority or the “ruled” rose up against the tiny minority of “rulers,” their days perched atop the social hierarchy would be finished.

But, if the 99% can be chopped up into all manner of sub-groups – either along pre-existing cultural, racial, or political fault lines or artificial ones engineered by the state –  and then turned against one another, the status quo can be maintained.

The British perfected this method of rule – often called “divide and conquer” –in their management of colonial assets.

Politically, the population at large (outsiders of the establishment) in the United States is divided into two large groups: “Right” and “Left.”

Here is a brief breakdown of why, in the current social configuration, the Left serves as the enforcement arm of the state to suppress the grassroots Right, which is correctly viewed as the only faction that is a threat to the power structure.

First, it’s imperative to understand that the United States, along with the rest of the West, is now under the effective control of a multinational corporate elite.

Piece by piece, sovereignty over decision-making is chipped away at the national level and handed over to international governing institutions like the UN, World Bank, World Economic Forum, WHO, et al.

We’ve explored this concept in greater detail in several pieces:

Cutting the legs out from insurgent nationalist movements, accordingly, is essential to moving the multinational corporate agenda ahead.

The Right is nationalist in its orientation, not internationalist. This is, as just one example, why the corporate media intently demonized the UK Brexit separation from the European Union as “racist” to taint the nationalist movement. 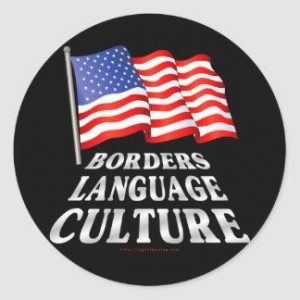 The inverse is true of the Left – especially as you move further to the fringes – which makes it a natural ally. 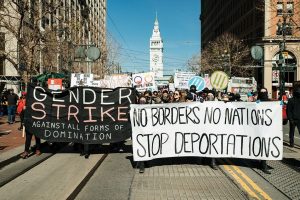 #2: The True Anti-Authoritarian, Anti-Establishment Left in America Is Dead

The corporate state certainly would target the Left if it posed a threat to its interests -– except that there is no authentic anti-authoritarian Left still alive in the United States.

Whatever “Left” remains has been thoroughly co-opted to serve the interests of the multinational oligarchy. 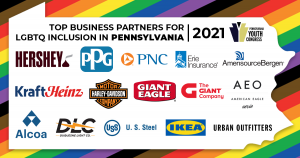 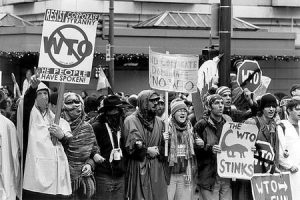 Then (1999): the “Black Bloc” in ’99, fighting a class war that may have legitimately challenged the multinational corporate state (embodied by the WTO) if it had fostered popular support. 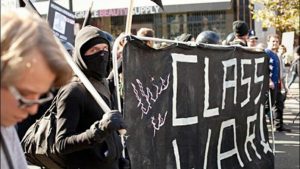 Now (2021): “Antifa” earlier this year showed up to fight the culture war outside of an LA spa where a “transgender woman” flashed her semi-erect penis at a mother and child in the women’s-only section. The “transgender” perpetrator was later charged by the LAPD over the incident and exposed as a convicted sex offender for previous indecent exposure crimes.

The victim (the mother) had the audacity to make a social media video about the trauma imposed on her daughter, which led to a “trans rights” protest against alleged rampant transphobia (in LA, one of the most “progressive” cities in America). 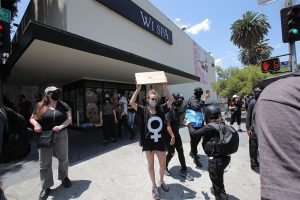 One of these things is not like the other:

#3: The Left Is Hyper-focused on Identity ‘Equity’ Politics, Not Governmental or Corporate Overreach

The modern Left can be neutered (quite easily) with language such as “going green” or “promoting [insert protected minority group]’s rights.”

When the Department of Justice requested additional funds to combat “domestic extremism” earlier this year, they pacified any potential resistance from the Left with such fig leaves. These came in the form of a variety of race and gender-based spending proposals:

Given their unending obsession with identity politics, this stuff is catnip to the Left base.

#4: The Left Will Dependably Enforce the Vaxx/Lockdown Agenda

Action item #1 on the corporate state to-do list is the vaxx/lockdown agenda, the initial stages of the internationally-standardized CCP-style digital control grid.

Reconciliation with far-gone elements of the “Left” is a losing cause – time for the remaining independent, undomesticated elements of civilization to de-rig with our own “Great Reset” parallel society.