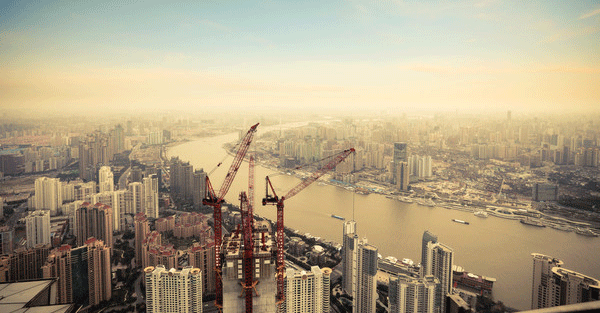 STAFF NEWS & ANALYSIS
Why the Government Fails at Welfare
By Garrett Kehr - June 19, 2017

The leviathan created by the modern welfare state is one of the gravest threats facing the American republican system. Dangers levied by the continued use of the government’s dole come both fiscally and socially. Fixes being floated from Congress to community organizations still lack a cohesive focus on reform in the mainstream public discourse.

The federal welfare apparatus has bloomed into a disastrous menagerie of nearly one hundred programs. Representative Warren Davidson (OH8-R) has introduced legislation that will consolidate 92 of the programs in an attempt to minimize waste and redundancy.  Davidson isn’t alone in his calls for welfare reform.  Other members of the House Freedom Caucus are publicly demanding that welfare reform be tied into the promised Trump tax reform package.

Even if House conservatives get their way, it’s not clear if the welfare model is sustainable. Stacked up against other industrialized countries, the U.S. clearly gets the worst bang for its buck.  In part, the reason for the failings comes from flawed designs for the American social safety net.

Governments on both sides of the Atlantic seem to be settled on the model of government intervention supporting those in need, but several Pacific Rim countries offer a different model based on social responsibility.

The tiny nation of Singapore has dazzled economists and pundits since it gained its independence from Great Britain. By embracing free market principles Singapore has raised its per capita income from $500 to over $52,000 in the short time it has been free of colonial shackles.

Even more exciting is the attitude the government takes on social welfare programming.  Since its inception, the state has taken a hard stance on handouts.  The government’s longtime approach has been underpinned by the idea that universal benefits are “wasteful and inequitable” and has chosen to base their safety net on social pressures. Singapore’s philosophy on welfare follows

Singapore’s philosophy on welfare follows three basic principles: each generation should pay its own way, each family should pay its own way, and each individual should pay his or her own way.   These aren’t just guidelines.  The legislators codified the importance of family reliance by enabling seniors to file litigation against their children if they refuse to support them.

In addition to heavy social pressures, the state also requires compulsory savings for retirement, housing, and other items deemed social necessities.  By requiring employers and employees to designate money for individual “rainy day funds” the government ensures that citizens have money when in need while simultaneously avoiding onerous taxes and bureaucracy that accompany the American and European models.

Other Pacific Rim countries have also dabbled in alternative forms of social welfare.  Chile once instituted a meritocratic point based system which enabled those in lower income brackets to advance through subsidies offered by the state and was able to produce better results than those in Europe and America.

Japan also has a history of creating social pressures to ensure the elderly and those in need are taken care of without government intervention.  Hong Kong, another of the Pacific’s shining societies has its own take on welfare in which increased productivity from workers equals increased benefits.

While those in Congress struggle to find the solution to America’s welfare woes it is important that they look not across the Atlantic to the failing welfare states of Europe for policy, but rather to the east and take note of the alternatives offered by market-based models.

Instead of waiting on the national government to create a solution to one of America’s most pressing problems several states have taken the initiative and attempted to create a sustainable welfare model. By embracing the federalist model and utilizing the states as laboratories of democracy lawmakers can see what works and what doesn’t in real time. Already some states have produced promising results.

Legislators in Maine took a bold step in implementing conservative style welfare reform. Initiated by a Republican governor, Paul LePage, the reforms sought to address the growing number of welfare recipients in the state and the massive budgetary mess that came along with it. In Maine, able-bodied adults are required to work, train, or volunteer at least on a part-time basis to receive any government benefits.

The plan drew steep criticism from both the Obama administration and liberal media outlets as both claimed that the measure unfairly targeted the poor in a budget reducing measure and would create more harm to those in need. The results of Maine’s experiment, however, have proven quite the opposite.

Maine has lowered its unemployment rate and has 10 times fewer residents on welfare. Even more exciting for Mainers, those who came off of welfare saw their incomes rise by an average of 114 percent. Proving that Maine’s results are not just a fluke, Kansas has implemented a similar program and has likewise alleviated a great deal of the state’s poverty.

Policy think tanks across the country have analyzed the finding of Maine’s experiment and have called on their state governments to follow suit. Some even heralded the program as a model for the nation. The problem facing many action oriented states come from restrictions put in place by the federal system. While the Republican lead welfare reform of the 90s did a great deal to push welfare to the state level, it also left a great deal to be desired.

To function as independent bodies, as the federal system intends, and better serve their most vulnerable citizens’ states ought to have greater freedom to experiment with welfare reforms.  Congress could act to give states a greater say in how welfare is implemented within their borders if reform is to be both helpful to those in need and sustainable.

The government has a long history of implementing duplicative, ineffective policies and leaving communities to pick up the pieces. From the feds creating the modern ObamaCare healthcare debacle to city government literally stealing donations meant for children, every time the state attempts to intervene to solve a societal ailment it just makes it worse. Welfare is no different. Luckily for Americans, the government doesn’t control their fate, they do.

When looking to alleviate the suffering of their fellow citizens, Americans need only look inwards. American citizens are already the most charitable citizenry in the world, and keep giving more money every year. Moreover, private charity organizations, by and large, run much more efficiently and with substantially lower overhead.

Private groups are providing money, resources, and life-changing services better than the government is. Tired of seeing their impoverished neighbors get tossed around by the welfare system one group started an organization to successfully transition people off government support and into self-sufficiency. The core idea of such missions is to have neighbors helping their community members rise to their full potential and become productive by their own means. Of course, neighbors helping neighbors only works if there are opportunities available to them.

No government intervention or individual generosity can finally end poverty. The only force powerful enough to lift people out of the clutches of poverty is free market capitalism. Many who advocate for expanding the welfare state in its traditional form fail to realize the positive power markets can play in reducing poverty.

The wealthiest societies are not those which provide their citizens with cradle to grave care; it’s actually the complete opposite! The freer the society the easier it is for individuals to act and create wealth which in turn raises the standard of living. If allowed to thrive, market forces will create the greatest outcome to workers, companies, and those in need.

If the government is serious about helping the disadvantaged it should stop with the various welfare schemes, which inevitably fail, and get out of the way of the real engines of wealth creation. Neither the federal government nor any local authorities have the means to truly address poverty. Government fails; freedom works.