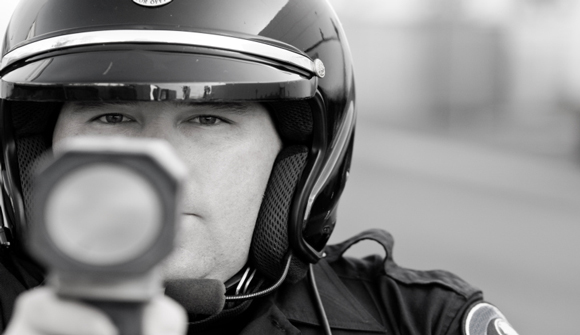 STAFF NEWS & ANALYSIS
Why the Government Hates Your Car
By Joe Jarvis - August 02, 2017

How could The Daily Bell be so clueless and naive about autonomous vehicles? A lot of you pointed out in the comments of a recent article called 5 Huge Benefits of Self Driving Cars, that the government and their media are in favor of anything that takes control away from the individual.

You raised a lot of good points. Among them was a strong theme that since we know the government spies on us, self-driving cars will just add to their knowledge of our whereabouts.

Sure, police won’t be able to pull us over, but they could have the car drive us directly to jail, as one commenter put it.

You are right. The government is engaged in a war on cars. Autonomous vehicles are a piece of that puzzle.

The War on Cars

PragerU points out what car ownership means to Americans culturally. Cars are synonymous with freedom for many Americans, allowing them to spontaneously go wherever they please.

There is an inherent freedom on the open road, in being able to pick up and go. The government sees it as their job to crush this freedom. And to them, it doesn’t actually matter how free cars really make you. What matters is destroying the idea of freedom. Don’t encourage them! They seem to think. The battleground is in the mind.

To increase their control and relevance in transportation, the government and media take a multifaceted approach. They start by crushing the pride car owners have felt since the Ford Model T. They replace that pride with guilt, fear, and anxiety.

So if you want to be environmentally conscious, you need to get a car with better fuel economy, which means it is lighter weight, and less safe. Driving an unsafe car increases the anxiety of dying or being seriously injured in a car accident; stats the government and media are happy to hammer home.

But government standards, and environmentalists pressure, to drive more fuel efficient cars also significantly raises the costs of those vehicles–another source of anxiety. At some point consumers are supposed to just throw their hands in the air, give up, and use public transportation.

You should also be ashamed if you peel a banana while stopped at a red light. A British woman was given a citation and fine for doing so. But the worst part of the story is how the police, her peers, and even she herself responded to the situation.

Anna Mellors added: ‘I think it needs to be a blanket rule so debates like this don’t need to take place, just don’t eat or drink behind the wheel.’

[The motorist said] ‘Understandably, it is illegal to take both hands off the wheel but I didn’t think I was a danger to anybody.’

Really, is that understandable? You can’t turn the lights, windshield wipers, or turn signal on without taking your hand off the wheel. Are you really supposed to keep two hands glued to the wheel the entire time you are driving or is that an unrealistic and unnecessary standard which increases the stress of driving?

‘The driver slipped up when they declined the offer of a course and elected to challenge the case in court. However the driver entered a guilty plea and received three penalty points and fines totaling £145 [instead of £100].’

A driving course for eating a banana.

The clear message the government wants to get across is to not fight their authority, and you will not be punished further.

Washington state has introduced a similar law, which doesn’t outright ban things like eating burgers and drinking lattes while driving. Instead, it outlaws distracted driving, so police can make a case out of just about anything, even fixing your hair in the mirror.

Seattle even admitted to reducing parking spaces in a concerted effort to drive citizens crazy enough to abandon their vehicles in favor of public transport.

A natural anxiety while driving would be worrying about the safety of yourself and others. But when I come up to the crosswalk on the bike path down the street from me, I find myself not looking for bikers approaching from the left and right, but watching to see if there is a cop lurking in the parking lot beyond.

But don’t let the government and media bully you into abandoning your freedom to drive a car, even a big old truck if you want to. Certain things you can’t avoid, like the possibility of being pulled over. But the mental fortitude to not let the government stress you out is still in your control.

That, and if all roads were private then the government wouldn’t even have a say…

But that is a topic for another day.