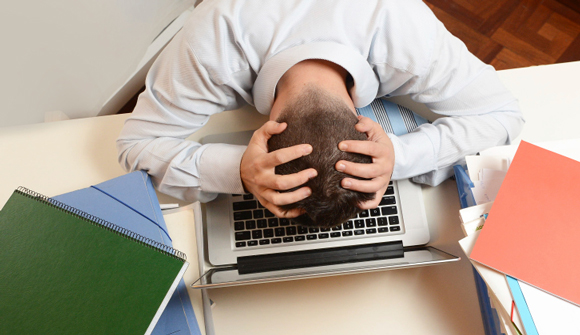 STAFF NEWS & ANALYSIS
Why You Need to Stop Writing Articles That Tell Me To Stop Doing Things
By Joe Jarvis - October 29, 2017

Have you seen these types of articles? They say, “Why You Need To Stop…” and then fill in the personal preference of the author. They tell you all the things you need to stop doing in order to be a politically correct, castrated, unimposing social automaton.

Why You Need to Stop Reading Barstool Sports. It’s because the author is offended by barstool sports, and thinks it is a legitimate news source as opposed to entertainment. It is a call to boycott the toxic masculinity they promote.

Apparently, the author doesn’t understand that Barstool Sports is not exactly going after the social justice warrior demographic. Their boycott will probably only promote the site among people fed up with the everything-offends-me attitude promoted by the media. This is what I refer to below as the Trump Effect.

57 Things I Need You to Stop Doing to the Women You Work With, includes telling them to smile. I’m not sure if it is equally inappropriate to tell men to smile. But if you tell a woman to smile it is because you truly think her position in life is to make you comfortable you chauvinist pig.

Avoiding those knowing eyes could be a tough one to navigate. I can already feel my eyes becoming dry as my brain frantically searches for the appropriate movements to make under the circumstances.

Basically, your safest bet is to just not talk to women in the office. But no, that sounds like a 50’s stereotype of women being seen and not heard. Mike Pence has gotten flak for refusing to have dinner alone with any woman other than his wife.

Just stand in the corner smiling and nodding. Don’t look at anyone without permission. In fact, don’t even smile, that could be taken as an unwanted advance. In fact, don’t stand, as that might be offensive to the disabled.

Costume of a different race = racist. Costume of your own race = supremacist.

Little girls should not dress up as Moana this Halloween because it is ‘RACIST cultural appropriation’ or Elsa from Frozen because it promotes ‘white beauty’, activists warn

The media just refuses to stop their full-throttle charge towards political correctness to the point of censorship. You can walk down the street without offending someone. Everyone just can’t help but try to control the behavior of everyone around them. Gone are the days of live and let live.

And this is exactly why Trump got elected.

Politics aside, Trump was a protest vote for many. The message should have been loud and clear to the social justice warriors. It was a pushback to their efforts to censor and enforce political correctness on society.

The Trump Effect is a backlash against the people who try to control your behavior with pressure from the media and your peers. For a long time, progressives, or whatever you want to call them, have whipped people into a frenzy to lash out against anything subjectively offensive–which turns out is basically everything.

Normal people don’t want to cause offense to others. But normal people also realize that at some point, it isn’t even worth trying anymore. We are supposed to guard ourselves against making “knowing eyes” at women or glorifying our race with a costume.

The Trump Effect is basically people saying, forget it! The SJW’s will never be happy, so why bother?

If white skin and a penis are offensive, there is little you can do about that.

And the social justice warriors just don’t get it. They keep going full steam ahead with their alienating ideology.

The articles keep popping up telling me why they shouldn’t do this or that. The media keeps attempting to control behavior with the threat of ridicule. They think everyone should be terrified of giving the slightest offense to anyone. If they don’t care about being offensive, they risk being labeled a Nazi or a white supremacist.

They are control freaks. If they used some tact to get their point across, maybe some people would listen. But the way they go about fussing over being offended just makes people want to do the opposite.

That is why Trump got elected. Not for his politics, for the pure joy so many people got out of watching him offend people.

That doesn’t mean Trump is a good thing. His election just shows how people will make their voices heard when they feel like they are being drowned out by politically correct censorship.

But we don’t have to express ourselves through elected politics.

If you want to get someone to change their behavior, frame it in a way that takes their own interests into account. Instead of, “You need to stop this…” try, “Here’s how stopping this could help you.”

It’s true that there are plenty of ways to get along better with others in society. But right now it just feels like someone else’s values are being shoved down our throats.

There’s no reason to go out of your way to be offensive, but there is also no reason to worry about normal behavior being interpreted as offensive.

Just be yourself. Some people might not like it. But it is not your job to accommodate their irrational feelings.