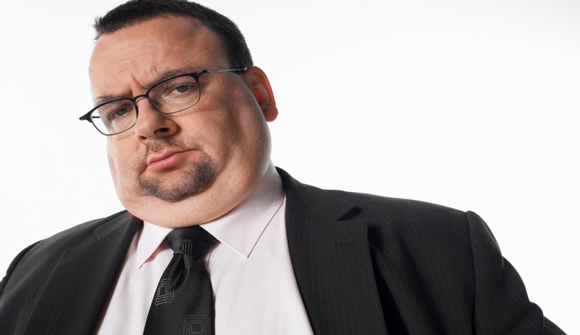 Secret Trans-Pacific Partnership Agreement (TPP) … WikiLeaks released the secret draft text for the entire TPP (Trans-Pacific Partnership) Environment Chapter and the corresponding Chairs' Report. The TPP transnational legal regime would cover 12 countries initially and encompass 40 per cent of global GDP and one-third of world trade. The Environment Chapter has long been sought by journalists and environmental groups. The released text dates from the Chief Negotiators' summit in Salt Lake City, Utah, on 19-24 November 2013. The Environment Chapter covers what the Parties propose to be their positions on: environmental issues, including climate change, biodiversity and fishing stocks; and trade and investment in 'environmental' goods and services. It also outlines how to resolve enviromental disputes arising out of the treaty's subsequent implementation. – WikiLeaks

Dominant Social Theme: This is incredible news. A shocker.

Free-Market Analysis: We don't believe WikiLeaks to be the purveyor of information that the mainstream media and elites are trying to cover up. We believe WikiLeaks is likely in the "limited hangout" business. That is, it's been put in place by the same globalist community that has pretended it is a threat.

Almost since WikiLeaks reached public consciousness, we've explained that the whole episode reminded us more of a Hollywood movie than a real-life phenomenon. There was the look of the handsome, tall, blond Julian Assange himself – the mysterious genius hacker determined to remake publishing history with the Internet. And of course there was the coverage, insane coverage – tens of thousands of articles along with a book and a movie.

The mainstream media and Hollywood is extremely concentrated in terms of control. If top people didn't want Assange covered, he wouldn't be, we figure. But they seem to have built him up. Snowden, too. Nobody in this world gets a lot of major news coverage unless it is providing some sort of internationalist advantage, in our humble view.

That's one of the truths that the Internet has revealed to us. Read the part of the Internet that is uncontrolled by the mainstream and you will notice the difference immediately.

So now that WikiLeaks has released this latest TPP draft, we wondered what the angle is. What was, perhaps, the real reason for the release?

Certainly on the surface, it seems like a good thing to leak this horrible document – especially since the supine and corrupt US Congress is apt – possibly – to move the agreement forward. Slate recently explained:

U.S. Politicians Want to Fast-Track the Super-Secret, Super-Controversial TPP … It seems wrong to hate something that you've never read. Yet the Trans-Pacific Partnership, a globally significant free trade agreement being worked out in secret, is rewriting the rules in more ways than one.

The bill would grant the White House fast-track authority, sometimes known as the "trade promotion authority," to ratify trade deals. If the bill passes, it would allow agreements like TPP to be ratified by a straight up-and-down vote, with no amendments allowed from the floor, and lawmakers would have to forgo procedural stalling tactics like the filibuster.

That's a great deal of oversight power for Congress to abdicate over a deal that not many people have even read. Apart from a few corporations, most stakeholders and public interest groups have been unable to read the TPP drafts in full. Even those in government have complained that their staff cannot access the negotiating text.

As Wisconsin Democrat Mark Pocan said in reponse to the new bill: "Blindly approving or disapproving agreements that have largely been negotiated in secret would represent a derelict of duty for Congress. If there is nothing to hide in these agreements, we should be allowed to debate and amend these deals in the open."

The introduction of fast-track authority is of particular concern for technology companies, digital rights groups, and even public health advocates, who are all concerned about the treaty's copyright and patent provisions.

Leaked versions of the TPP indicate that it moves negotiating countries toward stricter and extended intellectual property laws—for instance, greater criminalization of copyright breaches and regulations that might force Internet service providers to censor content.

We've understood the reality behind these secretive negotiations for a long time – for many years, in fact. We've known because of what we call the Internet Reformation and the initial response to the Gutenberg press so long ago. That was when copyright was invented, apparently to slow the transmission of information in printed material. And the same strategy is surely being used now by globalists to retard the spread of Internet information.

The playbook is always the same. These strategies are locked away no doubt in private libraries, along with a host of other insights on how to retain and expand leadership during difficult times.

One of the ways to retain control is to get out ahead of the trend of restless middle classes when they are aroused by one social manifestation or other. For the goal of elites is not to protect "nations" or even economic systems. It is to sufficiently intimidate the larger mass of people so that they do not revolt psychically or physically.

WikiLeaks has served its purpose in that regard. The organization has released little of note but just enough so that people who do not closely follow it tend to believe it is what it seems to be. This allows WikiLeaks to release information that is actually favorable to the interests of ruling classes.

In fact, WikiLeaks has been releasing information on the TTP for a while now. Recently, Assange released documents pertaining to the TTP that were summarized by PC World as follows:

Wikileaks exposes secret, controversial Trans-Pacific Partnership negotiations … Global intellectual property (IP) legislation continues to be negotiated behind closed doors this week in Singapore where discussions are underway on a secretive international trade treaty that could have far-reaching effects on Internet services, copyright law and civil liberties.

The Trans-Pacific Partnership (TPP) agreement aims to enhance trade and investments, promote innovation and help economic growth among 12 trans-Pacific countries: the U.S., Canada, Japan, Mexico, New Zealand, Australia, Brunei, Chile, Malaysia, Peru, Singapore and Vietnam. The negotiations, however, are covered in secrecy. Anyone not closely connected to the talks is being kept in the dark about the exact proposals being discussed.

… But texts of purported drafts of the treaty have been leaked to the public, most recently on Monday by Wikileaks, which published two documents said to show the state of negotiations after talks held in Salt Lake City from Nov. 19 to 24.

One of the documents shows that the U.S. exerted "great pressure to close as many subjects" as possible during the meet. The chief U.S. negotiator, whose name was redacted from the document by Wikileaks, has met with all 12 countries saying they were not progressing according to plan.

… Joseph Stiglitz, an economist, Nobel Prize winner and professor at the Columbia University School of Business, asked negotiators in an open letter sent Friday to resist proposals to weaken consumer rights in intellectual property. The letter was published by Knowledge Ecology International (KEI), a group lobbying for fairer distribution of information, which has taken a close interest in the TPP and was also concerned by the contents of the leaked treaty draft.

Negotiators should resist mandating extensions of patents terms, narrowing the grounds for granting compulsory license on patents and increasing damages for infringements of patents and copyrights, Stiglitz wrote.

Moreover, they should also oppose mandating excessive enforcement measures for digital information and requiring more than 70 years of copyright protection, among other proposals, Stiglitz wrote.

Those measures are not needed, he wrote. "The TPP proposes to freeze into a binding trade agreement many of the worst features of the worst laws in the TPP countries, making needed reforms extremely difficult if not impossible," he said.

Sounds pretty bad. No wonder WikiLeaks is on the job. Or so we are led to believe. But let's take a look at the most recent release, which encompasses the "entire secret draft," according to a WikiLeaks press release. Here's more:

WikiLeaks released the secret draft text for the entire TPP (Trans-Pacific Partnership) Environment Chapter and the corresponding Chairs' Report. … The TPP transnational legal regime would cover 12 countries initially and encompass 40 per cent of global GDP and one-third of world trade.

… The Environment Chapter covers what the Parties propose to be their positions on: environmental issues, including climate change, biodiversity and fishing stocks; and trade and investment in 'environmental' goods and services. It also outlines how to resolve environmental disputes arising out of the treaty's subsequent implementation.

The draft Consolidated Text was prepared by the Chairs of the Environment Working Group, at the request of TPP Ministers at the Brunei round of the negotiations. When compared against other TPP chapters, the Environment Chapter is noteworthy for its absence of mandated clauses or meaningful enforcement measures.

The dispute settlement mechanisms it creates are cooperative instead of binding; there are no required penalties and no proposed criminal sanctions. With the exception of fisheries, trade in 'environmental' goods and the disputed inclusion of other multilateral agreements, the Chapter appears to function as a public relations exercise.

Julian Assange, WikiLeaks' publisher, stated: "Today's WikiLeaks release shows that the public sweetner in the TPP is just media sugar water. The fabled TPP environmental chapter turns out to be a toothless public relations exercise with no enforcement mechanism."

The Chairs' Report of the Environment Working Group also shows that there are still significant areas of contention in the Working Group. The report claims that the draft Consolidated Text displays much compromise between the Parties already, but more is needed to reach a final text.

The main areas of contention listed include the role of this agreement with respect to multilateral environmental agreements and the dispute resolution process.

It seems to us that this press release, highlighting environmental areas of concern, does two things. First, it signals to those groups who want MORE globalist regulation on the environment that the draft is not sufficient.

Second, it tells many conservatives and libertarians – the natural constituency of opposition – that at least this part of the agreement is not something to worry about.

Either way, the emphasis on the environmental section of the TPP is a bit weird. In some ways it presents a view that the TPP is not tough enough – and that would be in line with our perception of the upcoming Wall Street Party which is jammed with "green" and environmental IPOs. Seen from this perspective, WikiLeaks is simply being used as a proponent of additional Green activism.

Or perhaps WikiLeaks is simply stretching for additional news about something that has been released in pieces already. But no matter … given what we believe about WikiLeaks, we are skeptical of its motivations and behaviors.

Are we too suspicious? Or maybe we have reason to be …