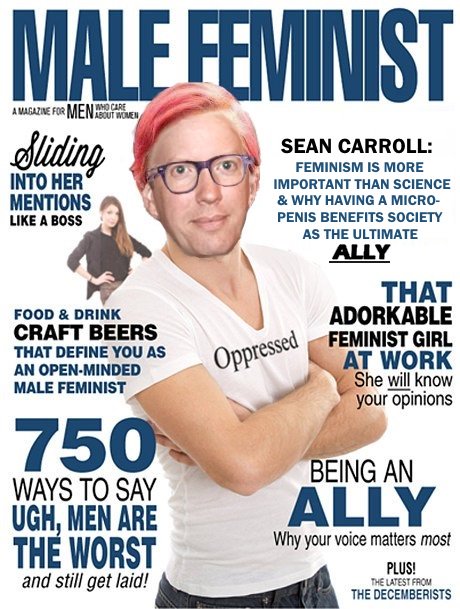 “The individual has always had to struggle to keep from being overwhelmed by the tribe. If you try it, you will be lonely often, and sometimes frightened. But no price is too high to pay for the privilege of owning yourself.” -Rudyard Kipling

You know who the groupthinkers are; we grow up surrounded by them. Groupthink is an escapable aspect of the human condition. We are all, to some degree, susceptible to its allure.

Groupthinkers come in many flavors:  the copycat hangers-on in elementary school who never had an original idea but worshipped the popular kids’ trends unquestioningly; the MAGA neighbor who drenches his house and car with patriotic regalia year-round; the virtue-signaling SJW brownshirts who dogpile on sinners who utilize the wrong gender pronouns. 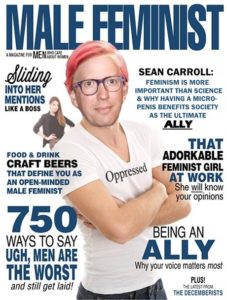 Male feminists: the saddest of all groupthink demographics

All too often, we source our purpose vicariously. Membership in a group confers the ego-boosting privilege of ownership in the group’s collective successes regardless of personal merit. Plus, it negates personal responsibility for the group’s shortcomings.

We’re all familiar with the groupthinker’s favorite get-out-of-jail-free card:  “I was just doing my duty.” Group membership obfuscates the individual’s accountability, both inwardly to himself or herself and outwardly to society.

To satisfy his or her conscience – the nagging lifetime spouse – the individual can rely on group membership to provide cover for morally objectionable acts that he or she would otherwise never volitionally commit.

Outwardly, group membership can be worn like a pair of cufflinks on the sleeve, as social credit where none may be warranted naturally. Unimpressive people, for this reason, often drape themselves in the symbology of the activist cause de jour or the dominant zeitgeist.

Craven groupthink has no partisan tendency.

Take a look around at attendees of ultra-patriotic rallies, such as the 2010-era Tea Party, or sporting events, or “gay pride” parades. While some percentage of participants likely see these gatherings as a casual way to spend a weekend afternoon, others vicariously envelop their entire identities in movements and groups because they lack the fortitude to carve out their own.

It’s isn’t clear why, for example, a person ought to be “proud” to be a homosexual. Granted that gays were discriminated against in year past, but we have now moved beyond that – the Supreme Court legalized gay marriage back in 2013, anti-gay discrimination is penalized by the full weight of federal law, and the lifestyle is glorified in popular culture for the supposed moral heroism it takes to be homosexual.

What does being gay – or straight, or blonde, or Pentecostal – have to do with personal merit? Therein lies the crux: group identity can function as a surrogate for self-actualization.

As long as there have been political followers, opportunistic leaders have exploited the transformative power of group identity to their own ends.

History teaches explicit lessons about the dangers of groupthink on the political scene.

The German people, on the whole, were destitute in the aftermath of World War I. The draconian Treaty of Versailles, which levied heavy penalties on Germany following its defeat in the initial World War, dragged the economy to its knees and kept it there.

The Weimar Republic government, which sat in power from 1918-1933, was ineffectual. The German people – who are universally respected to the present day for their industriousness and thrift — resented their feckless leadership for its weakness and incompetence as much as they resented the foreign powers that had imposed their dire economic straits.

During the interim between the two World Wars, the Weimar Republic’s currency became so worthless that everyday Germans had to tote wheelbarrows full of cash to the store just to buy a loaf of bread. 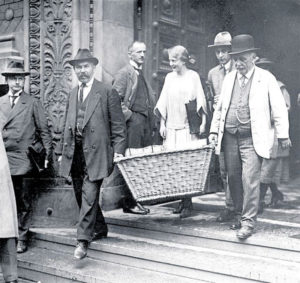 What had formerly been, in the minds of patriotic Germans, a respectable Prussian Empire had crumbled before their eyes. In addition to the destruction of German Empire’s prestige, individual Germans’ egos – which had become intertwined through nationalistic indoctrination — declined alongside it.

Then, in the depths of Germany’s collective despair, along came a spider.

He skillfully navigated the damaged German psyche, massaging the areas that needed massaging.

To exploit the German ego’s hardwired pairing with national identity, Adolf Hitler assured the masses that the Weimar Republic’s treacherous failings were not due to the German people’s lack of merit. That would be unimaginable, since the German people were – as Hitler himself often attested to – the “Übermenschen” of the world.

As racially superior beings, the Germans could not be blamed. Joseph Goebbels, the gifted and sadistic Nazi chief propagandist, was tasked with finding an ideal scapegoat.

Before the German people had time to reflect on what was happening to them, Hitler, Goebbels, and other Nazi brass were scheming to exploit their universal human tendency to groupthink as a means to power.

The Jewry, as a millennia-old target of mob violence in Europe, was the softest target. Goebbels selected the Jews as the first and foremost culprit to mobilize the German population against for a number of reasons. 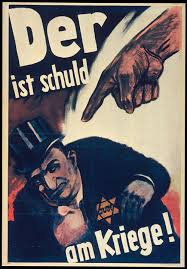 First and foremost, the Jews’ cultural and religious separation from other European groups — which they had maintained for countless generations even in the face of forced assimilation to Christianity – created a fault line ripe for exploitation by an emergent populist movement like the Nazis.

Secondly, European Jews’ historical role as money lenders, when coupled with widespread folk mythology that Jews controlled the money supply, made them especially vulnerable to Goebbels’ propaganda campaigns because they could be plausibly blamed for the disastrous economy of the Weimar era.

The rest, as they say, is history. Six million Jews were exterminated like cockroaches. The entire European continent, as much of the world, was carpet-bombed and mortar-shelled into ash. Millions of individuals lost their lives to power games played by ambitious politicians.

Goebbels’ work was predicated on the comparably primitive telecommunication technology of the 1920s and 1930s. Imagine what the Silicon Valley social engineers — with their highly exploitative technologies, billions in cash on hand, and entire staffs of psychologists and behavioral scientists — have in store for their American marks in the dwindling ranks of the middle class.