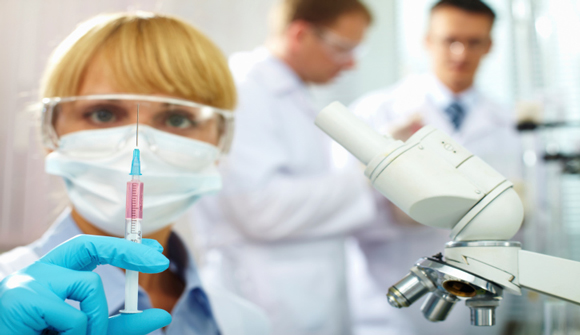 STAFF NEWS & ANALYSIS
Will the Tragedy of Ebola Provide us a 'Teachable Moment' Regarding Modern 'Net Media?
By Staff News & Analysis - October 09, 2014

Vaccine may be only way to bring Ebola under control in West Africa … As West Africa's Ebola outbreak continues to rage, some experts are coming to the conclusion that it may take large amounts of vaccines and maybe even drugs – all still experimental and in short supply – to bring the outbreak under control … "It may just keep going and going and it might require a vaccine," Dr. Anthony Fauci, director of the U.S. National Institute for Allergy and Infectious Diseases, told The Canadian Press in an interview. "As the epidemic gets more and more formidable and in some cases out of control it is quite conceivable, if not likely, that we may need to deploy the vaccine to the entire country to be able to shut the epidemic down. That is clearly a possibility." – Canadian Press

Dominant Social Theme: Only certain vaccines can save us now.

Free-Market Analysis: We recently wrote that a certain amount of skepticism might be warranted when surveying reports about Ebola and the grimness of its potential spread.

But skepticism aside, there are other larger questions as well regarding how the Ebola epidemic is going to be reported and what part of the media will emerge with more credibility … alternative 'Net media or the mainstream? This is a classical face off between mainstream perspectives regarding Western medicine and the alternative media that has grown steadily more skeptical in many cases about Western medicine in general.

We've certainly started to see the politics of Western medicine showing up in reports about the virus and how to slow or cure it. The controversy centers around vaccines, for vaccines have been a flashpoint when it comes mainstream and alternative medical reporting.

This article, above, excerpted from a Canadian Press post, points out that vaccines may have to be distributed throughout infected countries and seems to indicate that "business as usual" is not going stop the spread of Ebola. The implication is that mandatory vaccines, quarantines and check points are going to be necessary. Here's more:

This epidemic is so large it has long since outstripped the capacity of responders to care for all the sick, let alone trace their contacts. People are dying at home, infecting their families in the process. Some are dying abandoned on streets, or outside the gates of over-full treatment centres. On Sunday, Sierra Leone reported 121 deaths. That is more deaths in a single day than recorded in most Ebola outbreaks from start to finish.

The World Health Organization says to date about 7,500 people are known to have been infected with the virus, and more than 3,400 have died. The head of the Wellcome Trust says it's time to stop telling the public the traditional way of containing Ebola can quell this epidemic.

Dr. Jeremy Farrar, who runs the global charitable foundation, says that message is now counterproductive, getting in the way of spurring the pharmaceutical industry to put on the type of full-court press that the situation demands.

"Although we do know what to do in a smaller outbreak at the very start, the truth is … when that now extends to thousands of individuals in multiple countries across borders and your health-care system is not functional, it is impossible to control it if that is your only intervention. That's my view," says Farrar.

Ebola's effects, as have been reported, are tragic and our hearts go out to the families that have suffered the death of loved ones. On the other hand, we do suspect that almost every aspect of society has been manipulated at one time or another to provide further impetus for internationalism.

Ebola, as a sickness that demands globalist health solutions, provides yet more justifications for global medical mobilization. It plays into the internationalist meme. Thus, it seems unavoidable that medical politics are going to be part of the reporting on Ebola over the next months.

This is an important trend to follow because it will likely illustrate yet again how the promotion of elite dominant social themes fares in the 21st century.

In the 20th century it was fairly easy to control public opinion. But in the 21st century, elite memes are harder to establish. This is because as soon as a certain elite, globalist perspectives become established, there are plenty of bloggers and reporters that will use the electronic media to offer opposing points of view.

We can see this at work with the Ebola epidemic. The alternative Internet media is crowded with reports that the Ebola threat is going to be used to be used to promote a kind of medical authoritarianism – and that Ebola has actually been manipulated to create this sort of outcome.

Alternative media website Infowars has questions, for instance, regarding the wider story. Here's an excerpt from an article entitled "How Ebola Will Irreversibly Transform America."

The CDC owns the patent on Ebola and every strain of the virus up to 70% of the variance from the original pathogen. Why is this not being reported in the mainstream media? Crucell tested an Ebola vaccine in 2006 on 32 humans. There is not one word of this mentioned by the six corporate conglomerate which owns 95% of the media. Why? The National Institute of Health (NIH) owns the patent on the Crucell developed vaccine. Also, the Army is involved in the creation of the vaccine. Why won't the mainstream media report what is so easily discoverable in the public domain? And you can bet, regardless of the efficacy, that vaccines will [be] mandatory in order to maximize profits in the midst of America's decline.

We can see those at Infowars believe the full story surrounding Ebola is not being advanced because the Ebola epidemic is intended to "maximize profits" among other things. But back in August, Forbes provided an article offering the opposite point of view. Ebola is a kind of mirror, in which both sides see what they want. From Forbes:

Western anti-vaxxers are just like the tribal people protesting against modern medical intervention to treat Ebola in Sierra Leone. Both groups oppose safe modern medical intervention, despite the overwhelming scientific evidence of its benefits, and both are foregoing treatments that have saved millions of lives in the 20th century, and could save countless more in the future.

Here at The Daily Bell, we've covered the controversy over vaccines for several years and even interviewed the man responsible for generating much of the controversy, Dr. Andrew Wakefield – who suggested that there might be a link between vaccines and autism.

Since Wakefield's explosive allegations, vaccines and "herd immunity" generally have come under question and the pharmaceutical industry in particular has reacted furiously. Wakefield has been pilloried and those who have doubts about vaccines are often called "anti-vaxxers."

The human tragedy of Ebola seems obvious, but over the next weeks and months we'll see what we call the VESTS paradigm play out. We'll see if Ebola is indeed as deadly as it seems to be or if it is being exploited to reinforce the authority of international agencies, or perhaps both.

The arc of the Ebola story may well educate us further about the reality and efficiency of the alternative 'Net media. Ebola is a tragedy, but it may teach us something important about reporting in the 21st century – and just how powerful alternative forms of reporting have become.