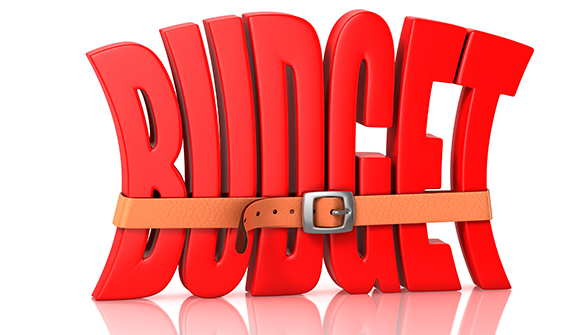 As Mark Carney arrives at the Bank of England, are we seeing the end of QE? … Mark Carney votes for the first time on the Monetary Policy Committee … will be a seminal decision, albeit one the rest of the country won't discover until the minutes are published on July 17. The new Bank of England Governor has to choose whether to follow his predecessor Sir Mervyn King and call for more quantitative easing (QE), or to vote with the majority of the committee and judge that the £375bn already injected is enough. – UK Telegraph

Will Carney vote for more monetary debasement or less?

Will the price-fixing of money be compounded by hyperactivity or will it be slightly lessened?

The proposition is equivalent to asking someone if he has ceased to beat his wife so often. That doesn't stop the British press, including the occasionally admirable Telegraph, from reporting on this simple choice and making it sound like a bold statement of principle …

A bald look at the numbers should, in theory, make it easy. Carney appears to have joined just in time for the end of QE. The purchasing managers indices (PMI) for June suggest the economy grew by "at least 0.5pc" in the last three months, "with more growth to come", Chris Williamson, chief economist at Markit, which compiles the closely watched survey.

"With growth this strong it's hard to see how any of the members of the MPC could make a case for further QE," he said. Williamson produced an interesting graph to underline his analysis. QE has only ever been triggered when the composite PMI – which includes the data for services, manufacturing and construction – has fallen below a reading of 53. In June, the reading rose above 55.

As Williamson observed, the rise "pushes PMI well out of stimulus territory". The recovery is beginning to look baked-in now. The surge in the services PMI to 56.9 for June, the best reading in 27 months, was supported by both the "strongest gain in new business since June 2007" and business confidence at a 14-month high.

Buoyed by a renewed optimism, companies hired staff at the fastest rate in just under six years. Earlier this week, the manufacturing and construction PMI surveys had similar upbeat stories to tell. For several months now, the PMIs have trumped experts' gloomy forecasts. Official economic data has also been stronger than expected. Even the banks, albeit propped up with government-subsidised schemes, are finally beginning to pull their weight.

The Bank of England's credit conditions survey, also out this morning, demonstrated that mortgage availability is improving, even at higher loan-to-value ratios. More importantly, small business lending "increased slightly". The timing is great for Carney, who looks like he is inheriting an economy that really is "healing", in the Chancellor's carefully chosen words.

But, perversely, it also gives him an awkward policy headache. The Canadian has been billed as a "monetary activist" whose own analysis of the UK is of a country where "the challenges are greatest". His speeches have been littered with references to pump-priming struggling economies until they hit "escape velocity" – the point at which recovery is self-sustaining.

All the easy clichés are available in this article. The economy may be "healing" – as if it is in aggregate a patient. Carney himself is more comfortable with likening the economy to a spaceship that aspires to "escape velocity."

In truth, the economy is neither a patient nor a spaceship. It is the result of millions of decisions by individuals about what they will or will not do with their money and their time. The idea that a small group of men can determine these decisions, let alone predict them, is the abiding Big Lie of our time.

We've been profiling Carney of late because he is the inheritor of this Big Lie and now its chief promulgator. It is his responsibility to continue to feed it and promote it on behalf of internationalism.

Carney is an actor and central banks provide the stage set to justify the control of money stuff by a handful of individuals who run the Bank for International Settlements. It is quite possible that the Bank of England, the US Federal Reserve and other powerful central banks will damp the monetary stimulus, but surely they will not be able to do away with it entirely.

No, the debasement of money will continue, along with the gradual dwindling of savings and investments throughout the Western world. This is the gilded trap that central bankers have set themselves for a variety of reasons.

After Thoughts
Carney can make simplistic choices regarding the system – which will then be celebrated as the stuff of genius – but until the system itself is reconfigured, or merely done away with, its ruinous nature will not change.