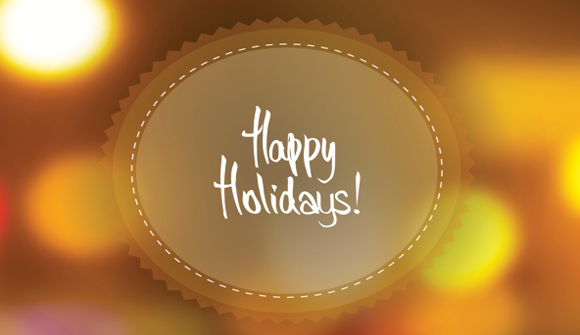 Nearly 1 in 10 U.S. Families Don't Exchange Holiday Gifts … Forty-four-year old Michelle Morton's Christmas celebration probably doesn't look like yours — but you might wish it did. That's because, for the past few years, the Raleigh, N.C., resident and her sisters and husband have instituted a no-gift policy for the holidays. "It was stressful and expensive getting all those gifts, when none of us really needed any of it," she explains. "In order to stop the madness, our Christmas became about being able to spend time with family." – MarketWatch

Dominant Social Theme: Spend as much as you can this Christmas.

Free-Market Analysis: We checked 'Net search engines but there was little this year about the consumerist backlash against Christmas.

We know it exists, but the mainstream media doesn't seem to be in the mood to comment on it.

Then this recent MarketWatch article turned up. It estimates that one in ten families don't exchange gifts, but, hey … we bet dissatisfaction with the modern positioning of Christmas is even greater than that.

Rather than trading gifts or gift cards (Morton says they tried the gift-card exchange one year and realized "all we were doing was exchanging money"), they all travel to Morton's parents' house in upstate New York to spend time together. "We will keep doing it this way," she says. "Our Christmas has become more meaningful," she says.

… According to the Survey of Affluence and Wealth from Time Inc. and YouGov, while per household spending on holiday gifts will likely rise by 10% this year, total spending on gifts will increase by only 8.7% — and that's because roughly two million households have dropped out of holiday gift spending altogether. That means in 2014, nearly 9% of American families will not participate in holiday gift-giving, the survey revealed.

There are many reasons Americans just say no to holiday gifting, including that they don't celebrate the holidays or have no one to give to. But for many, the holiday tab has gotten to be too much (nearly one in four Americans say that the holidays are too expensive, according to a Pew Research Center poll released last year).

… Others take a stand against consumerism and buying for the sake of buying (one in three Americans say they dislike the commercialism and materialism of the holidays, the Pew survey found). Kellie Pelletier Macdonald, 40, of Roswell, Ga. says she and her husband and their brothers, sisters-in-law, and one set of parents/grandparents have stopped gifting one another altogether (though they still give presents to the kids).

… Of course, this no-gift policy is easier said than done, and the people we talked to, though they had stopped gifting adults, still gave to children. Furthermore, if you have the money, time and motivation — and love gift-giving — by all means, keep the economy humming and your family happy with a home filled with thoughtful gifts.

This last graf shockingly gives the game away. Somehow a consumerist Christmas has become a way to "keep the economy humming."

This sort of thinking applies not just to holidays but to consumerism generally. The modern Western economy demands a level of monetary velocity and consumerist demands that is desperately sought and basically unsupportable.

As a result, what Western holidays have become is nothing but another meme designed to reinforce the ways economies work these days. The days of the agrarian republic are long gone. Instead of economies balanced by supply and demand we have unbalanced economies supported by endless monopoly money printing.

As we've pointed out, such an economy is not "real." Modern economies are bubble economies not built for sustainability. If people don't consume – don't build and buy – then all that money printed by central banks doesn't circulate.

You end up pushing on the proverbial string. Without consumerism, the modern paradigm of monopoly central banking gradually collapses. The consumer must thus be reminded of his duty to consume at regular intervals.

The mainstream media driving this point home whenever it can. And Christmas provides perhaps the biggest opportunity, with its state-sanctioned admixture of the profane and spiritual.

Monopoly fiat central banking stains most everything it touches. Nothing is exempt from its influence, not education, not government, not politics, not even holidays!

We wish you happy holidays nonetheless, with or without a consumerist emphasis. Please take the time to reflect on your spiritual as well as your corporeal bounty.