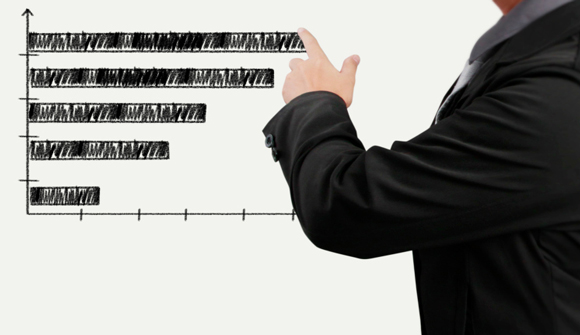 How to Build Economies … Brian Pinto worked as an economist in the World Bank for almost 30 years and saw many grand development initiatives – some successful, others botched – up close. In "How Does My Country Grow?: Economic Advice Through Story-Telling" he distills the lessons of this experience. Don't be misled by the whimsical title. It's a serious, and seriously enlightening, work. – Bloomberg

Free-Market Analysis: Now that we understand the reality of economic growth, we have a real problem with books – and analysis – like this.

One model for prosperity (which we are partial to) holds that the less force used in creating an economy, the better. People ought to have the chance to exercise human action. A healthy economy is a relatively un-coerced one. People build prosperity one individual decision at a time. Success for all, or almost all, may be the result.

The Internet was built in this manner. There were a few ground rules to be sure, and a shared infrastructure, but for the most part people participated as they saw fit, elaborating what they found with enthusiasm.

We don't know if the Internet is mentioned much in this book, but the article mentions that "country economics" is the solution the book offers to problems stemming from lack of growth, poverty and general lack of economic success.

The alternative to laissez faire, then, is a kind of technocracy, the rule of experts. More:

I'm not sure whether Pinto is a cautious optimist or a pessimist open to persuasion. Perhaps there's no difference. The book revolves around big economic reform programs undertaken in India, Poland, Russia and Kenya: You come to see that rapid development is generally possible, and at the same time extremely difficult. Governments have to get a lot of things right at once, and then keep on getting them right. If your rulers are corrupt, incompetent or just easily distracted, forget it.

Pinto's formula for success, assuming a government willing to apply it, has three main elements. These combine macroeconomics and microeconomics. The basic ideas aren't novel. What's unusual is Pinto's emphasis on context.

The review delineates these three elements necessary for success.

We have much difficulty believing in any of the above. For us, as indicated, the most successful economies are the freest. And that means they are bereft of state force that mandates monopoly central banking and supports the judicial fiat of corporate personhood. Also, it increasingly seems to us, a lack of state enforcement of intellectual property – yet another dirigiste judicial tactic.

The book, as we understand, does not deal with any of these issues. The book apparently claims that what is needed for healthy economies is "well capitalized banks, competent financial regulation, sufficient foreign-exchange reserves, and judicious use of capital controls."

What really doesn't make sense regarding this prescription is that the most successful economy of all in the past 300 years (from what we can tell) has been the United States. The US until the Civil War (and even after) comprised a country on which regulation and capital controls were not heavily laid.

As for well-capitalized banks – well, the monetary epoch before the Civil War is referred to as "wildcat banking." Still, the US prospered as almost no other country.

Pinto, of course, worked for the World Bank and thus his remedies are technocratic ones. He believes in using the levers of the state to build prosperous economies.

No doubt, Pinto would point to China and the US (until 2007) as examples of successful economies for a variety of reasons. But our view is that both of these economies imploded because they are built on the kind of technocratic maneuvering that Pinto endorses.

History shows us that the most successful economies are ones like pre-Civil War America and Switzerland for hundreds of years, prior to the 21st century. Such economies have little state interference and tend to grow via FA Hayek's "spontaneous order."

Pinto has a different view. He calls his approach "country economics" – and this is obviously a euphemism for technocracy – the Platonic approach whereby "experts" run the economy.

This insistence on "country economics," as Pinto calls it, is especially valuable. Economic expertise in universities and development institutions such as the World Bank is increasingly specialized by theme: You work on trade, or fiscal policy, or telecoms. The general development practitioner, with specialized knowledge of a particular country's circumstances, is needed at least as much.

The review wraps up by pointing out that a truly successful economy cannot be obtained if the "government concerned isn't mainly interested in growth."

Again, it is the government that is central to prosperity or the lack of it. Technocratic planning and the iron will of a nation's leaders are necessary for prosperity.

That's apparently the World Bank's view of economic growth. It is not one we, along with many others (thankfully), share.