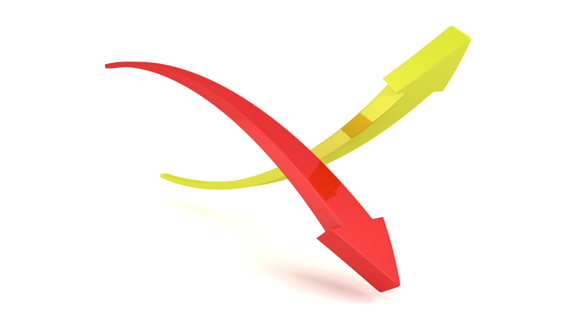 For the first time, the world economy grows while carbon emissions don't … The change is likely due to an increase in sustainable energy … For the last 40 years, whenever the world economy grew, so did the Earth's carbon dioxide levels — until 2014, The Washington Post reports. – The Verge

Dominant Social Theme: When there is less carbon dioxide, the world rejoices.

Free-Market Analysis: We are supposed to be relieved that there is economic growth without an increase in carbon. In fact, we can't remember a more useless evolution – if the statistics are even accurate.

Of course, if you believe in global warming, and that carbon dioxide is the cause of it, then perhaps this announcement will somehow soothe you. But for the rest of us, those who have become convinced long ago that global warming was a racket of sorts, such news is risible rather than relieving.

Last year, global carbon dioxide emissions reached 32.3 billion metric tons — an amount equal to 2013's levels. During the 40 years the IEA has been collecting data, there have only been three other periods of time when atmospheric CO2 levels did not rise: in the early 1980s, 1992, and 2009. However, these years were also associated with global economic instability, and in 2014, the global economy grew by three percent, according to the IEA.

"This gives me even more hope that humankind will be able to work together to combat climate change, the most important threat facing us today," IEA chief economist Fatih Birol said in a statement.

China is being given credit for this latest development, according to the article. We learn that it is China's increased use of "renewable resources" that has helped, as well as attempts by countries in the Organization for Economic Co-operation and Development (OECD) "to promote sustainable forms of energy."

The article cautions that this evident success in the battle against global warming "doesn't mean the fight against climate change is over." Carbon dioxide levels are said to be at record highs.

However, the data does offer "much-needed momentum to negotiators preparing to forge a global climate deal" at the United Nations Climate Change Conference in December.

And perhaps that is the real point. The numbers that "warmist" elements produce often have little relationship to reality from a statistical standpoint (or so we regularly discover) but make sense from a political one.

If one perceives global warming as a promotion rather than an actual occurrence, a lot of activity centered around the issue makes sense.

Global warming – climate change – is conceived of as an international problem. And those globalists that need such broad-based difficulties to regulate within a worldwide context are fighting to keep what they have.

That doesn't make the numbers or the concept correct, however. Fortunately, there are courageous scientists willing to jeopardize their careers by confronting what they consider shoddy science.

Professor Michael Kelly is one. He just published a rebuttal to the warmist community in the UK's Daily Mail, entitled, "Why my own Royal Society is wrong on climate change."

Professor Michael Kelly was "one of 43 Fellows of the Royal Society who wrote to the president of the Society to warn that it was in danger of violating its founding principle" regarding the necessity of verifying one's arguments, or at least presenting both sides of the [global warming] matter, before insisting on their validity.

The newspaper advertises Kelly's statement as "a devastating critique of world's leading scientific organisation by one of its Fellows."

Five years ago, I … wrote to our then-president about its approach to climate change. We warned that the Society was in danger of violating its founding principle, summed up in its famous motto 'Nullius in verba' – or 'Don't take another's word for it; check it out for yourself'.

The reason for our warning was a Society document which stated breezily: 'If you don't believe in climate change you are using one of the following [eight] misleading arguments.' … The implication was clear: the Society seemed to be saying there was no longer room for meaningful debate about the claim that the world is warming dangerously because of human activity, because the science behind this was 'settled'.

We hoped we would persuade the Society to rethink this position … Carbon dioxide levels in the atmosphere have continued to rise, but since 1998 there has been no statistically significant rise in global temperatures at all. This flies in the face of the confident predictions made by nearly all the climate computer models that the temperature would continue to rise as it did from 1975 to 1998.

The article goes on from there to make numerous points about ways that the Royal Society is attempting to create certainty about warmist science when there is none.

Kelly calls the warmist program "a modern version of the biblical Tower of Babel. We do not know how much the project will cost, when it will have been completed, nor what success will look like."

He also says that when scientists become advocates rather than researchers, they cease to practice science. He's right about this, in our view, and the problem with global warming is actually part of a much larger difficulty.

Most every part of modern, public, Western discourse hinges on internationalism. If an issue contributes to centralization on an international scale it immediately acquires validity it might not otherwise have.

Whether it is global warming, population control or war and peace itself, the argument, if it is important enough, is bound to be presented in context that necessitates a worldwide regulatory regime.

Kelly presents his point of view from the perspective of sound science. But the argument is much bigger than that and will no doubt continue because of it.

When it comes to global warming, as other such promotions, the point that Kelly makes regarding the Royal Society's traditional approach to science – "trust but verify" is a good one to keep in mind.